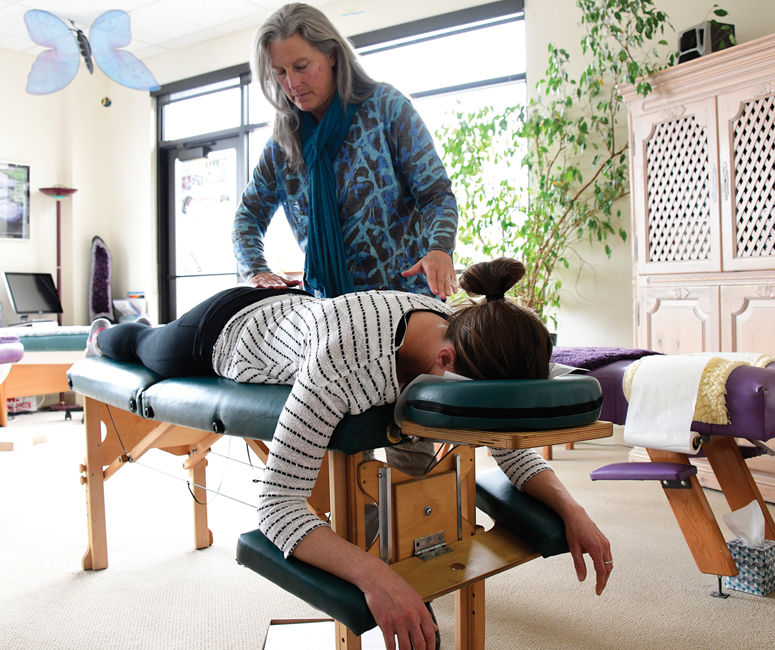 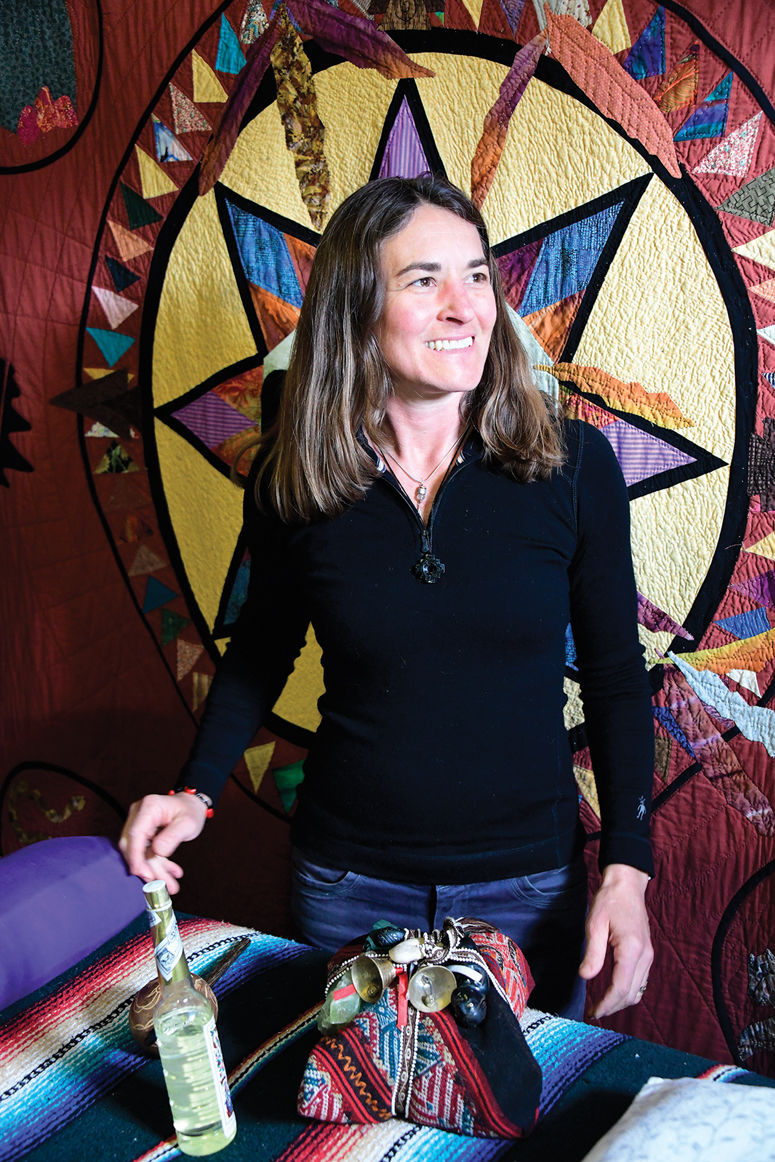 Traci Ireland is a practitioner of shamanic medicine, drawn from indigenous traditions in North and South America.

Traci Ireland is a practitioner of shamanic medicine, drawn from indigenous traditions in North and South America.

Women working in the healing arts abound in the Wood River Valley, bringing Chinese medicine, massage, energy healing and other treatments to their clients.

The medical establishment calls it “complementary care,” but women healers are part of the mainstream in Blaine County, treating body, mind and soul.

A steady stream of clients comes through the penthouse office of Maria Maricich in downtown Ketchum. They take positions on massage tables as Maricich, a former Olympic ski racer and practitioner of “network chiropractic,” visits them in turn, applying barely perceptible touches to areas on their bodies.

Maricich said her treatments provide a bridge between traditional allopathic medicine and the more esoteric traditions.

“Holistic health means looking at the body/mind as a whole,” she said. “All the parts affect each other. Rather than treating the disease or symptom, we treat the whole person.”

Maricich said that contrary to popular belief, the purpose of chiropractic care is not just to alleviate back pain.

“It was actually founded on the principle that there is a universal intelligence in all matter that continually gives to it its properties, thus maintaining it in existence,” she said.

She said network spinal analysis, also known as network chiropractic, has at its core these principles.

“Innate intelligence is that part of the universal intelligence that is within,” she said. “A person acquires interference in the communication system used by innate intelligence, i.e. the nervous system, due to accumulated stresses throughout a lifetime.

“The stress can be from classic physical or emotional things, as well as thought patterns and behavior patterns. Enough breakdown in the communication system leads to disease, pain and all kinds of disturbances in one’s well-being.  By applying very light touches to the spine, we are able to free the interference so the body can heal itself.”

“Lab tests are often used in discovery, and treatment is usually diet-, lifestyle- and/or supplement-based. I also use muscle testing to affirm what is understood clinically,” she said.

Muscle testing often uses a lifted arm of the patient to ask questions about a medical or emotional issue. The arm holds strong, unconsciously, when a question is answered in the affirmative.

Maricich also practices “functional neurology,” which she said looks at function rather than disease.

“Often I find things that a neurologist would not find because I look with a more fine-toothed comb. A person suffering from depression/anxiety, fatigue, insomnia, concussion or wanting to prevent dementia will benefit from a more functional brain,” she said.

Maricich took seven years of training to become a licensed chiropractor and passed four sets of national board examinations. In addition, she put in hundreds of hours of study in the areas of functional endocrinology, immunology and neurology, all in board-certified programs.

“We are considered primary-care physicians, contrary to popular belief,” she said. “We can work only at the symptom level, but I prefer to work on the whole person so they can become the best version of themselves and live a better quality of life.”

“Yoga is a bit of a shape shifter,” Caccia said. “It can provide different experiences and impacts based on the practitioner focus.”

Caccia said some students come to yoga to stretch, others for a workout and others to manage or decrease stress.

“Yoga is an introspective practice, for deep quality time with my self. It is a moving meditation, an opportunity to get out of my head and thoughts, which can be quite distorted, to tune into the vast wisdom or intelligence of the body and the soul.”

Caccia said shiatsu is similar to yoga in that many people tend to come to her initially to deal with pain, an injury, tightness or stress or for some sense of renewal.

“Shiatsu can work on the physical layer, positively impacting the muscles, skeleton and internal organs, but we work with the meridians [energetic channels identified in Chinese medicine] in shiatsu,” she said. “They also have associations to our mental and emotional content.”

“I do an enormous amount of reading on the subject of yoga and, most importantly, I get on my mat and practice,” she said.

In 1980, Caccia was working at a macrobiotic restaurant in Portsmouth, N.H., for an independent study for her degree in hotel restaurant administration.

“It was there that I found do-in (Japanese self-massage) and shiatsu,” she said. “These practices are complementary. The beauty of the yoga is we can take care of ourselves with it. The beauty of the shiatsu is that in receiving from a practitioner, we more easily get out of our own way for healing to take place.”

Traci Ireland is a practitioner of shamanic medicine. Though not indigenous herself, she draws her training and belief system from indigenous traditions in South and North America.

“I call in help from spirits, allies and the elements for healing,” said Ireland, who received initial training from the Four Winds Society in Park City, Utah.

Ireland said she works with an “illumination process” to “shift energy in clients and allow them to re-engage with life.”

“It depends on what’s happening with each person, what patterns they are repeating,” she said.

Ireland’s studio is filled with tools used by traditional healers, including rattles, drums and feathers. There are candles and an assortment of crystals. She said she incorporates indigenous-based practices and rituals to bring clients into balance with themselves and “Mother Earth.”

Ireland’s clients focus on their emotional, spiritual or physical issues before undergoing a treatment. Goals can include soul retrieval, managing relations in the spirit world and past lives.

A shamanic treatment is like a journey, complete with sounds, smells and memories, aided by intention.

“Shamanic medicine is a natural way to treat mental, emotional and spiritual problems. And it has been around a very long time,” Ireland said.

“I call in help from spirits, allies and the elements for healing.”

“I do an enormous amount of reading on the subject of yoga and most importantly, I get on my mat and practice.”

“We are considered primary care physicians, contrary to popular belief.”