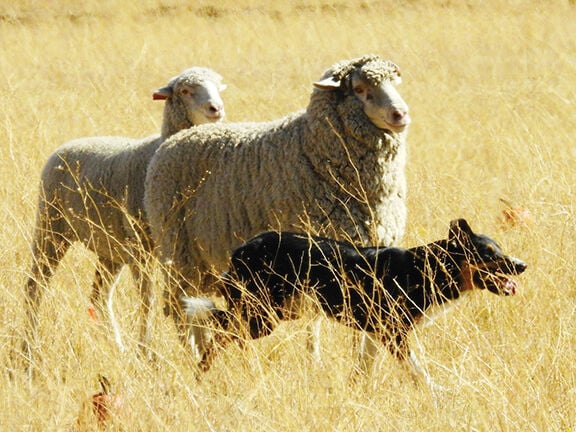 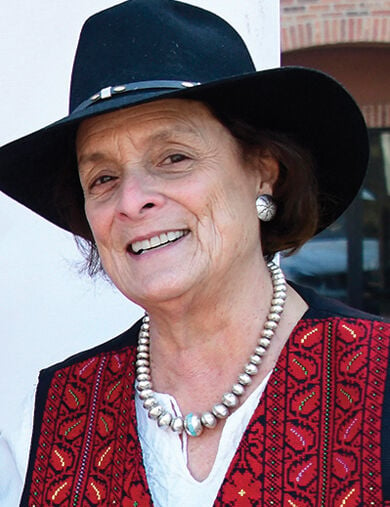 The Wood River Valley has been preparing for five days of multicultural performances, storytelling, culinary events, and cooking classes, as well as the Wool Festival, Championship Sheepdog Trials, and the Big Sheep Parade with 1,500 sheep trailing down Main Street in Ketchum.

That’s right: It’s time for the Trailing of the Sheep Festival, and a little history lesson on its humble origins.

Sheepherding has been a feature of the Wood River Valley economy since John Hailey, the founder of the city that bears his name, brought the first sheep to town in the late 1860s. Once the area’s mines played out, sheep ranching became a mainstay of the local economy. During World War I, Ketchum was the largest sheep-shipping center in the U.S., primarily providing food and wool for military uniforms.

By the 1990s, the history of sheep ranching in Blaine County had faded into obscurity as recreationists staked out new claims on local culture and the use of public lands. Today, thanks to the Trailing of Sheep Festival, now in its 25th year, this long wooly history has come to light, mixed with sheep culture, music, and storytelling from around the world.

“It’s a part of our history that is so important,” said Diane Josephy Peavey. She was there in 1996 when disagreements between cyclists and other residents using the newly completed bike path connecting cities in the valley brought sheep ranchers out to tell their story.

Josephy Peavey’s husband, John Peavey, a state senator and third generation sheep rancher, met locals at the Western Café in Ketchum to tell the story. Residents and school kids walked with sheep through the valley beside sheepherders, the latest generation of sheep people who’d begun working wool some say as long as 6,000 years ago.

European communities had for many generations celebrated the return of sheep from the mountains each fall with music, food, song and dance. Carol Waller, who worked for the Sun Valley/Ketchum Chamber & Visitor Bureau at the time, took Josephy Peavey aside and said to her, “I think you have the makings of a great festival here.”

The Chamber provided staff, brainstorming and funding to create and promote a multi-day event that would include the picturesque “sheep parade” down Main Street in Ketchum, which would also serve as a practical function to get sheep from north to south where they spend the winter. The Sheep Folklife Fair, Sheep Tales Storytelling, Lamb Dine-Around and other elements would also become an integral part of the festival.

The Sun Valley/Ketchum Chamber, along with the Peaveys and a dedicated committee of volunteers, produced the event until 2003, when the non-profit Trailing of the Sheep Cultural Heritage Center was created to take over the reins and continue to develop the festival into the future.

Over the years, the festival developed into a multi-cultural extravaganza, drawing sheep people from Basque Country, the Navajo Reservation, Poland, Scotland, and elsewhere, including many parts of the U.S. The weekend’s abundant festivities can include listening to Scottish bagpipes and Peruvian flutes, while dining on local lamb recipes from some of the best restaurants in the valley.

The celebration echoes the once prominent role that sheep ranching played in Blaine County. In 1905, a newspaper reported on a sheep shearing plant in nearby Picabo, stating that 95,000 sheep were sheared that week. In 1918, the sheep population in Idaho reached 2.65 million, almost six times the state’s human population. Thousands of lambs were shipped by railroad from Bellevue, Hailey, and Ketchum to markets around the West. As a major sheep outpost, Ketchum was second only to Sydney, Australia, in sheep production.

Scots like James Laidlaw were among those to find success in the local sheep business. According to the Trailing of the Sheep website, Laidlaw arrived in the region with only the clothes on his back and worked as a herder, taking his pay in sheep. He started his own operation in the Muldoon area, bringing relatives and friends from Scotland to homestead and work with him. The Laidlaws developed some of the finest lambs in the state, including the Panama breed, which is a cross with a Lincoln ewe and Rambouillet buck. Laidlaw is also credited with bringing the first Suffolk sheep into Idaho. The headquarters of the Laidlaw ranch has been incorporated into Flat Top Sheep Company, founded by John Thomas, John Peavey’s grandfather.

“It’s a part of our history that is so important.”

When the Sun Valley resort opened in 1936, sheepman Jack Lane maintained his general store in Ketchum. The historic brick building is still located at the corner of Main Street and Sun Valley Road and houses Enoteca, a fine dining restaurant.

The Basques of northern Spain were also crucial to the success of the sheep industry in Idaho. They began to arrive in the U.S. in the mid-1850s, eventually beginning their own sheep operations. Today, most Idaho sheep herders are Peruvian. There are also some Mexican, Chilean, and several Mongolian men as well. They spend summers on the range and in the mountains in sheep wagons that speak of a bygone era. The herders have already begun their seasonal journey southward through the cities in the valley, trailing their horses amid the muffled sounds of thousands of sheep hooves and the occasional bleat. Their flocks are surrounded by large white guard dogs, kept to fend off predators. Smaller, nimbler sheep dog breeds are trained to keep the sheep together.

Josephy Peavey said a turning point for the festival came in 2001 following the 9/11 attacks when CBS Television came calling in search of an iconic event that demonstrated the American spirit of cultural inclusion. The resulting Sunday morning TV show brought to light a history based on stories that have been a part of the festival since its inception. Those stories, pictures and multimedia archives have been preserved at The Community Library in Ketchum. A quarter of century later, the legacy keeps growing.

“Even now, every year we find new sheep ranchers to tell their stories,” Josephy Peavey said. “And these are stories that might not have been recorded elsewhere.”

The Trailing of the Sheep Festival has expanded greatly from its humble beginnings yet remains true to its original goals: “Preserving the stories and history of sheep ranchers and herders, celebrating the rich cultures of the past and present, and entertaining and educating children and adults about the production of local food and fiber that have sustained local economies for generations.”

In 2019, the combined attendance at the five-day Festival topped 25,000, with people coming from 47 states and 29 foreign countries. The economic impact to the valley during the festival was estimated to be nearly $4 million.

My family roots in southern Idaho is in sheep ranching going back to about 1905, when irrigation brought many of the first farmers and ranchers to the area. That said, times change. The history of sheep in the Wood River area, is great to preserve - like all of our history. We all love the trailing of the sheep festival, and many thanks to the promoters of the event.

However, it is not all romance. I'm also old enough to remember the Wood River Valley in the 1960's and 1970's, when the environmental effects of decades of private sheep ranchers running sheep on public lands was widely evident. It has taken more decades for the valley to recover from the defoliation.