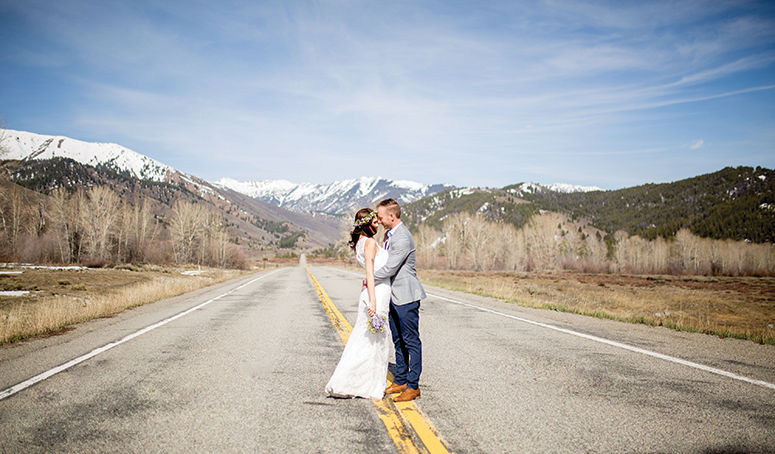 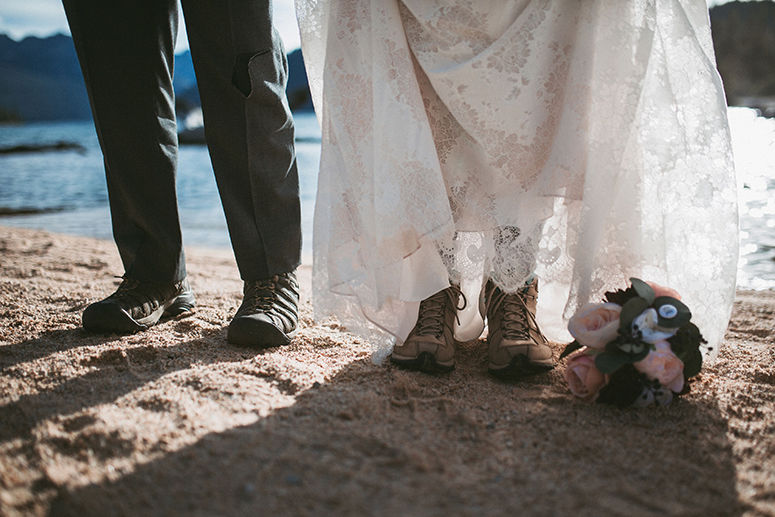 When it comes to weddings in the Wood River Valley, outdoors is king.

“There’s very few weddings that are not outdoor weddings here because of where we live, with the backdrop and mountains,” said Esther Williams, owner of For Such a Time Events in Ketchum. “Everyone wants an outdoor experience.”

That “everyone” includes visitors from all across the country, as couples from Southern California to Texas to the East Coast flock to Sun Valley for their big day.

“I think Sun Valley is really kind of coming on the map as one of the top destinations to get married in,” said Taylor Holden of local wedding and event planning company Londyn & Grey. “The clientele we’re getting here in Sun Valley is very, very different from 10 years ago.”

Here’s what planning a mountain wedding looks like in 2020.

When to do it

Outdoor wedding season in the Wood River Valley generally runs from June through September, Holden said, but most of the weddings take place at the tail end of that stretch. The most common month used to be June. These days, however, planners are seeing more ceremonies in August and September.

“Most people would assume it’s July,” Holden said. But that’s when Sun Valley hosts Allen & Co.’s annual business, media and technology conference—meaning weddings at the resort are a no-go for most of the month.

Where to do it

About half the outdoor weddings in the area take place at Sun Valley, Holden said, while others exchange vows at venues like Galena Lodge and Idaho Rocky Mountain Ranch. Some people opt for a wedding at a private home.

Lots of couples want a mountain backdrop for their wedding, Williams said, whether that’s Bald Mountain, the Boulders or the Sawtooths up north.

“The Boulders as a backdrop are absolutely stunning,” she said.

“I think the bride who is wanting to get married in Sun Valley is looking for a more loosely structured look and feel to her wedding,” said Williams, with local weddings trending toward a “Bohemian-meets-mountains vibe.”

For some couples, that means an “almost whimsical look” to the flowers—pampas grass is a “huge trend here in town,” Williams said. The theme also dovetails with some increasingly popular sustainable wedding trends, such as decorating with reusable dried flowers instead of fresh ones.

A lot of couples “want to go with that automatic kind of Idaho rustic feel,” Holden said, though she said she foresees that theme evolving.

“I think we’re going to start seeing a tad bit of rustic, but in a modern sense,” she said, with clean lines and soft colors. “Every bride’s style is different, so it’s kind of hard to say. But I would say that it’s really becoming more 2020.”

What you wear depends largely on where your wedding is, Holden said. Galena Lodge, for example, is a more casual venue than Trail Creek Cabin at Sun Valley; black tie attire would be more appropriate at the latter than at the former.

With an increasing number of couples—and guests—coming from out of state, sometimes wedding attendees need some help dressing for Idaho’s climate, landscape and culture, Holden said.

“For climate, shoes are the No. 1 thing that we always encourage our brides to let their guests know about,” Holden said. “If you’re going to be walking in grass, you’re going to sink.”

A popular trend in the Rocky Mountain region is to set subtly colored dresses against the “striking landscape of a mountain behind you,” Williams said.

An outdoor reception allows for some fun touches, like an outdoor fireplace or a s’mores bar, Williams said.

Depending on the setting, certain foods can come with risks, Holden noted. For instance, an outdoor cheese station next to a river is likely to attract flies and mosquitos.

Some couples opt to incorporate a local “rustic touch” into their food as well as their décor, Holden said, such as an Idaho baked potato or crostini with locally sourced smoked trout.

“When people are referring to rustic, that’s also in the way of food,” Holden said.

About half the couples Holden works with opt for a band, while the other half opt for a DJ. The decision can depend on a number of factors, including budget—a band can be significantly more expensive—and sound ordinance restrictions. Trail Creek at Sun Valley has no sound ordinance, meaning a loud band can play into the early hours of the morning. Other venues may have sound restrictions.

As couples come in from out of state, so do their bands: Most musicians hail from Salt Lake City or Los Angeles, Holden said.

As the wedding planner, Williams always has a travel box with the essentials on hand, including bobby pins, breath mints, bug spray and extra sunscreen.

Sometimes, though, the emergency is bigger than stray hair or mosquitos.

Both Holden and Williams recommend booking at least one tent for the ceremony and reception, even if the couple doesn’t end up using it.

“When the stars align, you have a beautiful day” for an open-air wedding, Williams said. “However, where we live, with the variables for weather, you can’t count on a good day.”

“When the stars align, you have a beautiful day.”

Esther Williams, For Such a Time Events