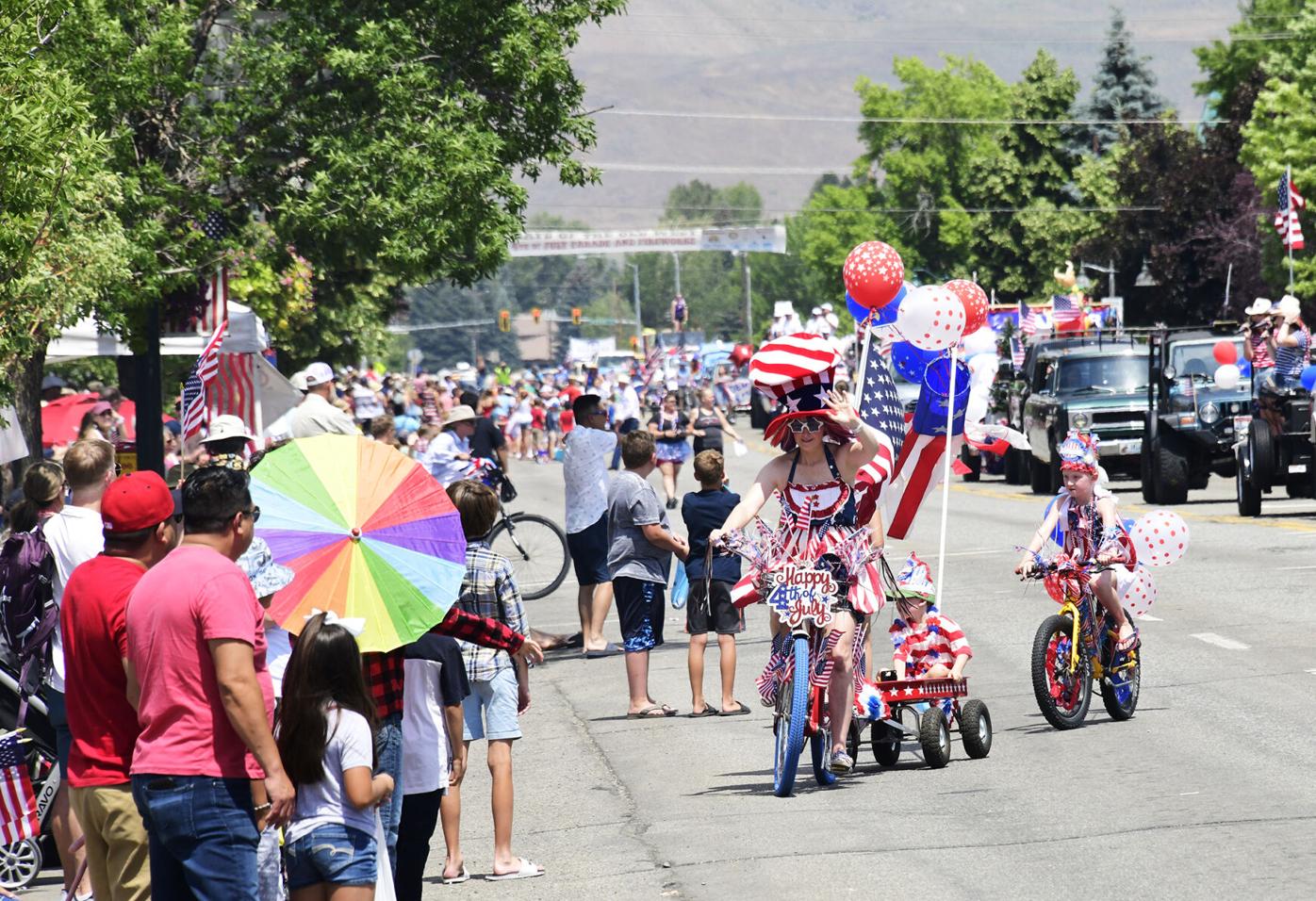 Crowds watch a Fourth of July parade in Hailey. The city's restaurants, bars and coffee shops—and short-term rental hosts—enjoyed a profitable summer, according to local-option tax receipts shared by the city. 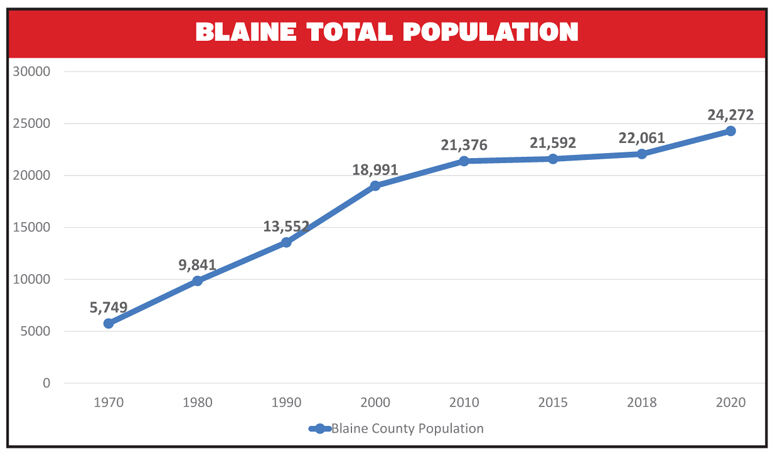 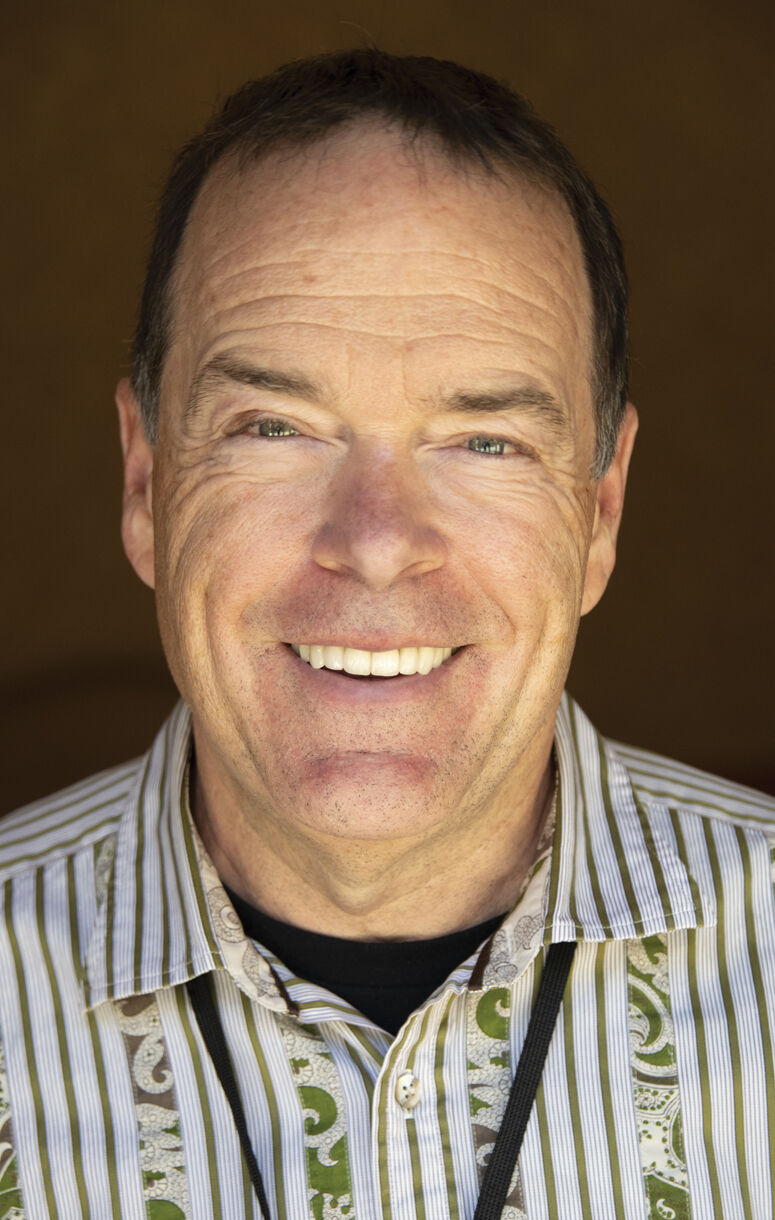 The Wood River Valley has long been made up of a range of demographic extremes, from many very wealthy people who use their vacation homes only periodically, mainly in the north valley, to those living on a shoestring, located primarily in the south valley.

The total population of Blaine County was 24,272 in 2020 and has likely risen considerably since the last census. Data compiled by Sun Valley Economic Development shows an increase from 2010 to 2020 in the number of new households earning at both ends of the economic spectrum. Newcomers tend to be upscale and from the West Coast, and from South America.

Trends also show that the bulk of new residents to Blaine County as of 2020 tend to be older and wealthier on average and more left-leaning politically: 1,370 newly registered voters in 2020 were Democrats, compared with 886 Republicans and 1,940 stating no political party affiliation.

Sun Valley has more gray hair than elsewhere in Blaine County, with a median age of 57. Compare that to 47 in nearby Ketchum, and 38 in Hailey, the biggest town in the valley. Bellevue’s median age creeps up slightly to 41. The median age then drops down to the county’s lowest of 33 in Carey.

People leaving the valley from 2010-2020 had an average income of about $82,000 per year. Their top three new home destinations were in Ada, Twin Falls and Lincoln counties.

“The data shows that we are getting older as a community, and more Hispanic.”

Sun Valley Economic Development Executive Director Harry Griffith speculates that some of the newcomers from Ada County (Boise area) and Twin Falls County, the first and third highest in terms of in-migration, respectively, may be second-home owners who have chosen to live in Blaine County as their primary residence.

“People who are leaving possibly have found that they cannot afford the market,” or are cashing out on high home prices, Griffith said.

The SVED data shows that Blaine County is getting older and more Latino, yet those self-described as “White” are still numerous. White immigrants comprise 23% of new residential growth since 2010, with Latinos making up 13%, a significant drop since the doubling of new Latinos from 2000 to 2010.

Income gaps could have an effect on the job market. The percentage of middle-income households making from $25,000 to $74,000 has dropped significantly and steadily since 2000, when the $50,000-$74,000 segment comprised about 28% of the total. This reduction in middle-income earners could have an impact on the availability of management workers and add to the potential loss of middle-income wage earners leaving the valley. By contrast, the number of households earning above $75,000 per year has nearly doubled. The highest income category, those making over $150,000 per year, increased from 10 percent to 12 percent.

New homes are being built to keep up with demand, and real estate prices have gone up.

Based on current Blaine County School District data, the increase in low-wage earners (under $25,000) could reflect an apparent surge this year in new Latino families. Latinos already make up a large share of the working class in Blaine County and are an increasingly significant portion of the valley’s entrepreneurs.

School District Superintendent Jim Foudy said that after several years of net losses, student enrollment is set to rise this year, with 166 additional students. Foudy said 102 of these new students are coming in at the elementary school level and that the majority of them speak Spanish as their first language.

“Alturas Elementary saw the highest increase at 49,” Foudy said. “Alturas is full dual-language immersion, so that means half your day could be taught in your native language if you speak English as a second language.”

Foudy said anecdotal reports indicate that the majority of new Latino students have come from Peru. He said the influx of low-wage earners, whether or not they are Latino, is “surprising,” given the highly competitive housing market.

Ethnicity by city ranges widely from north to south. Sun Valley’s population is almost 90 percent White, with unincorporated Blaine County and Ketchum falling closely behind in terms of ethnicity compared to Latinos, with a small portion described as “other.”

The city of Carey, largely agricultural, is a now a majority Latino city, with 658 residents claiming that ethnicity, compared to 606 Whites and one individual representing as “other.”

Excellent work, Tony and County. Thank you very much.

What is your level of interest in the soccer World Cup in Qatar?