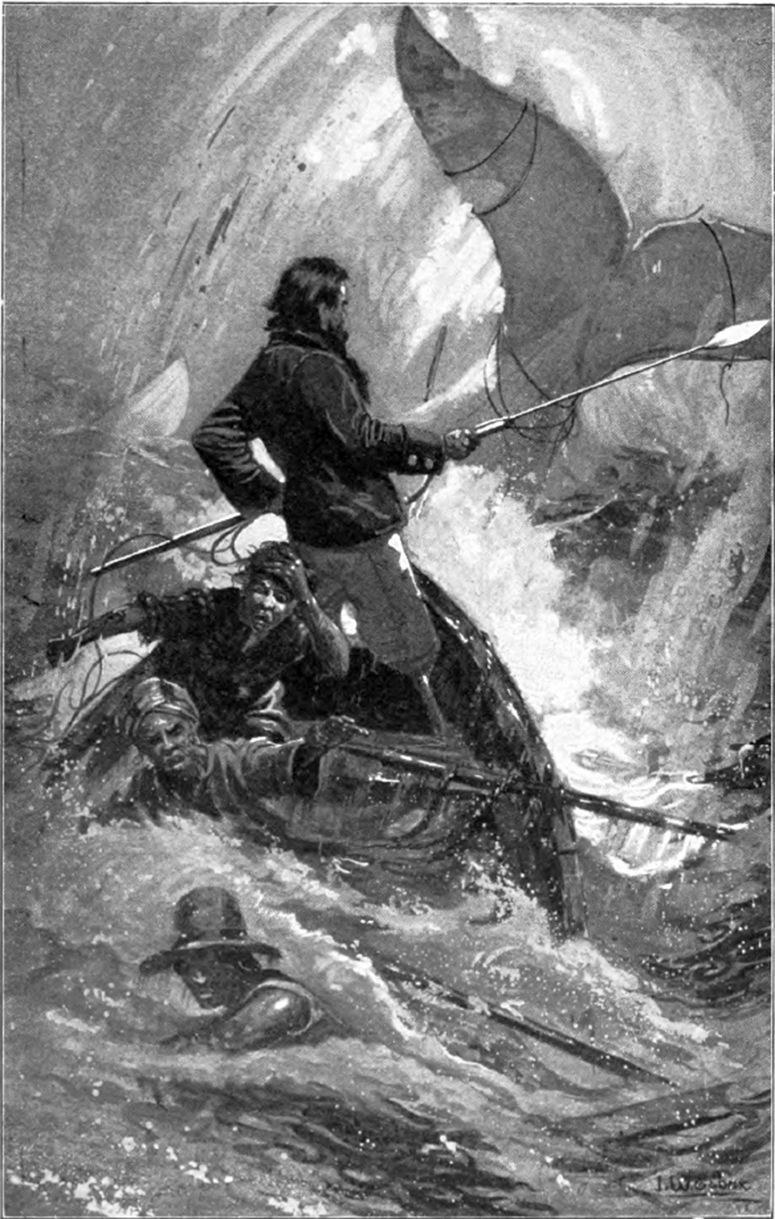 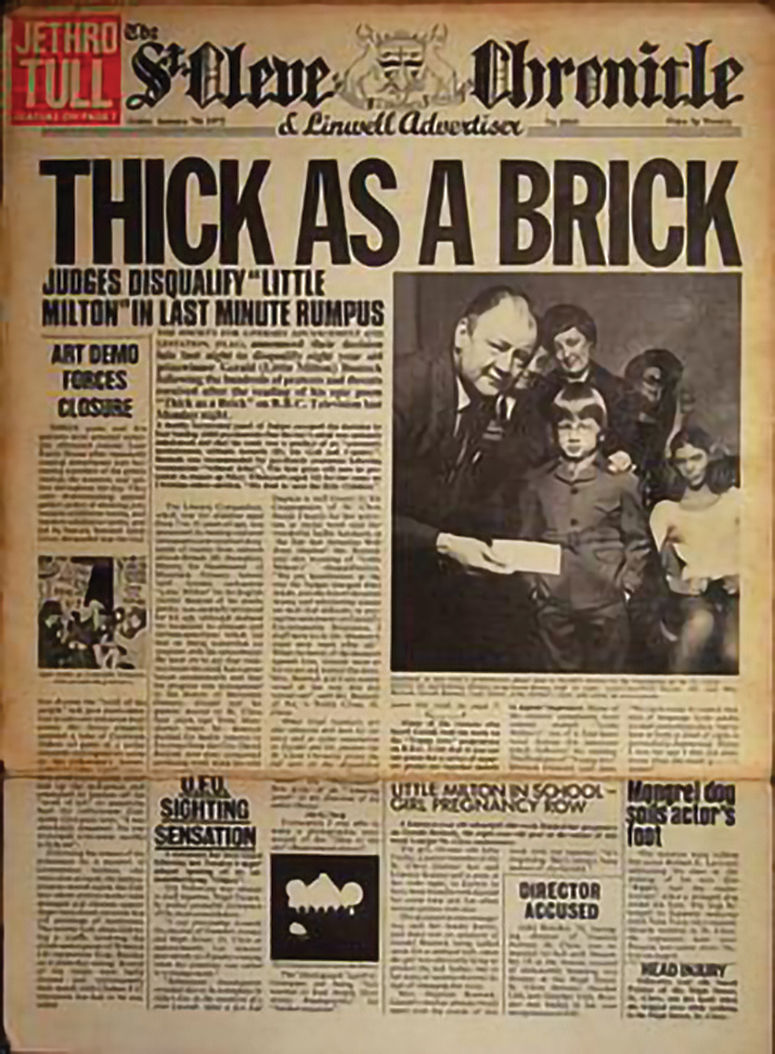 The original LP cover of “Thick as a Brick.” Its gatefold opens up as a 12-page newspaper. Morgan Studios ©1972

In the Melville Minute of 12 June, I referenced a line by indie band Lucius from their song “Dusty Trails,” which goes “Some may say when you go halfway you only have halfway to go.”

Back then, I said I didn’t know for certain if we were half way through anything. Well, guess what? Apparently we’re halfway through 2020. Didn’t see that one coming. A part of me thought it was still March. What a weird year.

It’s a lofty thing, to start something, and I couldn’t count on my fingers and toes the number of things I’ve started without finishing. The nice thing about years and days and the like is that finishing them doesn’t really take a whole lot of effort for most of us. All we have to do is let time coast on by at its normal rate.

Starting a big project, though, or a big thick book or something. That’s an entirely different beast. Sometimes those things don’t want to be finished. Well, for the particularly strong-willed, here are a few things I can recommend to really challenge your dedication. Make it more than halfway through any of these and I’ll give you… a better Melville Minute next time.

I know, it sounds like a joke, but I really would truly recommend starting “Moby-Dick.” You don’t necessarily have to finish it. It’s impressively long, in a way that you can’t fully appreciate until you get into it.

For all that length, though, “Moby-Dick”—at least the part that I’ve made it through—is extremely enjoyable. Melville writes with a delightful wit, a heartening diction, and, occasionally, a gripping plot.

Then he’ll spend 80 pages dichotomizing whales and knots, but even that is told in a decently engaging way.

If nothing else, if you read all of “Moby-Dick,” you can say that you’ve done that, and I think a steadily decreasing number of people can make that claim.

This is not only just one of the best and most enjoyable movies I’ve seen in a long time, it’s also a contender for the most movie I’ve ever seen. Is it as long as “The Lord of the Rings”? No. Is it as bloated and overstuffed as the average superhero movie? No. But this movie does have an incredible, almost inexpressible energy.

The story is a classic high-stakes “chosen one” medieval epic with all the best qualities: overwrought fight choreography, an evil king, like six prophecies, a healthy number of Bollywood song-and-dance numbers, some solid twists and, remarkably, the longest “flashback”—if you can apply that term here—that I’ve ever seen. I think it’s about 2.5 hours long. It could’ve been its own movie, or two.

When I started watching “Baahubali” the first time, though, I was almost instantly hooked and spent the next, let’s say, five hours with a huge grin on my face.

“Baahubali” is split into two movies, although I believe they were shot at once. Together, “Baahubali: The Beginning” and its excellently named sequel “Baahubali: The Conclusion” are about five hours long. Both are streaming on Netflix in various languages.

Listening: “Thick as a Brick” by Jethro Tull

In 1972, Jethro Tull released their fifth studio album, “Thick as a Brick.” Rather than trying to mimic their extremely successful 1971 “Aqualung,” the prog rock band took things in a different direction. “Thick as a Brick” is one song, about 44-minutes long, split into two parts only because of the restrictions of the recording technology at the time.

It is a quintessentially odd song, but often a great one. Ian Anderson’s iconic rock ’n’ roll flute shows up frequently amid some occasionally rambling instrumental interludes; the lyrics are essentially a high-concept yet humorous epic poem.

I couldn’t really tell you what “Thick as a Brick” is about or why I enjoy it so much. I also can’t tell you how it achieved the No. 1 spot on U.S. charts upon its release. 1972. What can I say? It was a different time.

Give it a listen in its entirety. It really is something wonderful to soak in.

For the Kids: Risk

Want to test your kids’ attention spans? Pick up a copy of the boardgame Risk. As I recall from the last time I tried playing this, just setting the board up takes a very long time. Then you have to explain the rules, probably at length, and then you have to actually start playing.

It takes a good deal of willpower, even as an adult, to get through an entire round of Risk in one sitting. To actually finish a game at all, especially when playing with children, may be the most difficult thing I’ve recommended this week. I mean, I think I’ll probably finish “Moby-Dick” one day. Maybe. I’m not sure I’ll ever play through another round of Risk.