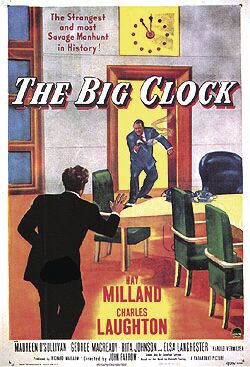 The film is based on the book of the same name by Kenneth Fearing. 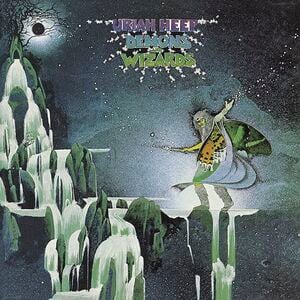 Well, that’s January, done and dusted. I haven’t the foggiest idea when things will go back to normal—based on how things are going, it may be a while—but at least we’re technically one month closer, right? On to February.

In my first Melville Minute, before I launched into my now ubiquitous and obligatory recommendations, I posited that “art is the greatest weapon in our arsenal to help us get through difficult times, not just as escapism, but as vessels for valuable lessons as well.”

It’s a message I’ve repeated several times in the past ten and a half months. When life gets you down, read a book. Or watch a movie. Or listen to some music. Week in, week out, with the same deadlines and the same problems and the same stupid little route to walk just to get some fresh air. Art helps.

This is also the second week in a row I’ve quoted myself in the Minute. I’m losing it.

I know I sound like a broken record, but as a wise man once said, “That means I’m right twice a day.”

As an even wiser man replied, “That’s a clock.”

Reading: The Poems of Robert Burns

Monday was Robert Burns Night in Scotland, a celebration of the country’s foremost poet (1759-96). The holiday is typically celebrated with a supper of traditional Scottish dishes punctuated with recitations of various Burns verses. It is generally celebrated on his birthday, Jan. 25, but people hold Burns suppers any old day of the year, so why not hop on the bandwagon this weekend?

I have no idea where to buy haggis around here, but considering the prevalence of sheep in Idaho, it shouldn’t be all too difficult, right? One should be able to whip up a cullen skink or cock-a-leekie for the soup course, and just about every grocery store has tatties and neeps. Polish it all off it cranachan or tipsy laird and call it good, ye ken?

At the very least, I am aware of a few places around here where one can procure the appropriate libations (Scotch whisky), and if you’re planning on reciting any Burns, it may help with proper pronunciation.

Oscar-winners Ray Milland and Charles Laughton star opposite Maureen O’Sullivan and two-time Oscar-nominee Elsa Lanchester in this tightly written, gripping 1948 film noir. While out on a bit of a bender, high-ranking crime magazine editor Milland becomes implicated in a murder he didn’t commit. The next day is a race against the clock as he uses his news team to both discreetly cover up any evidence that might incriminate him and try to determine the identity of the real murderer.

This is three-years after Milland won the Best Actor Oscar for “The Lost Weekend,” and he channels the same dramatic force here. Back against the wall and toeing the line between right and wrong, he’s just as captivating as ever.

There’s a wonderful scene in which one of his reporters comes to him with a possible lead on the murderer. Milland grabs the guy, enthusiastically barking orders at him as he pushes him out the door and into a cab.

“We need you on the first train to Pittsburg. Talk to the Chamber of Commerce, the mayor—anyone who can connect this guy to this business,” etc., something along those lines.

As Milland slams the taxi door on the guy, the hapless reporter says, “But, George, I’m an art editor, not an investigator!”

Reflecting on how much my job changed in 2020, that line spoke to me for some unthinkable reason…

When an album opens with the line “He was the wizard of a thousand kings,” you know everything’s going to be OK.

“Demons and Wizards” is one of I would say three perfect albums from Uriah Heep’s discography, alongside “The Magician’s Birthday” and “Salisbury.” Of the three, it’s probably the best introduction, if you’re not sure you’re going to vibe with highly theatrical early 1970s fantasy prog rock. I’ve been informed it’s not for everyone.

In a very specific, limited, yet no less nuanced way, Uriah Heep front man David Byron was a true visionary. Listening to his operatic wailing really does transport the listen to a particular type of fantasy scape, one filled with big hair, big swords, big monsters, big personalities, big sound and just a whole lot of over-the-top guitar solos.