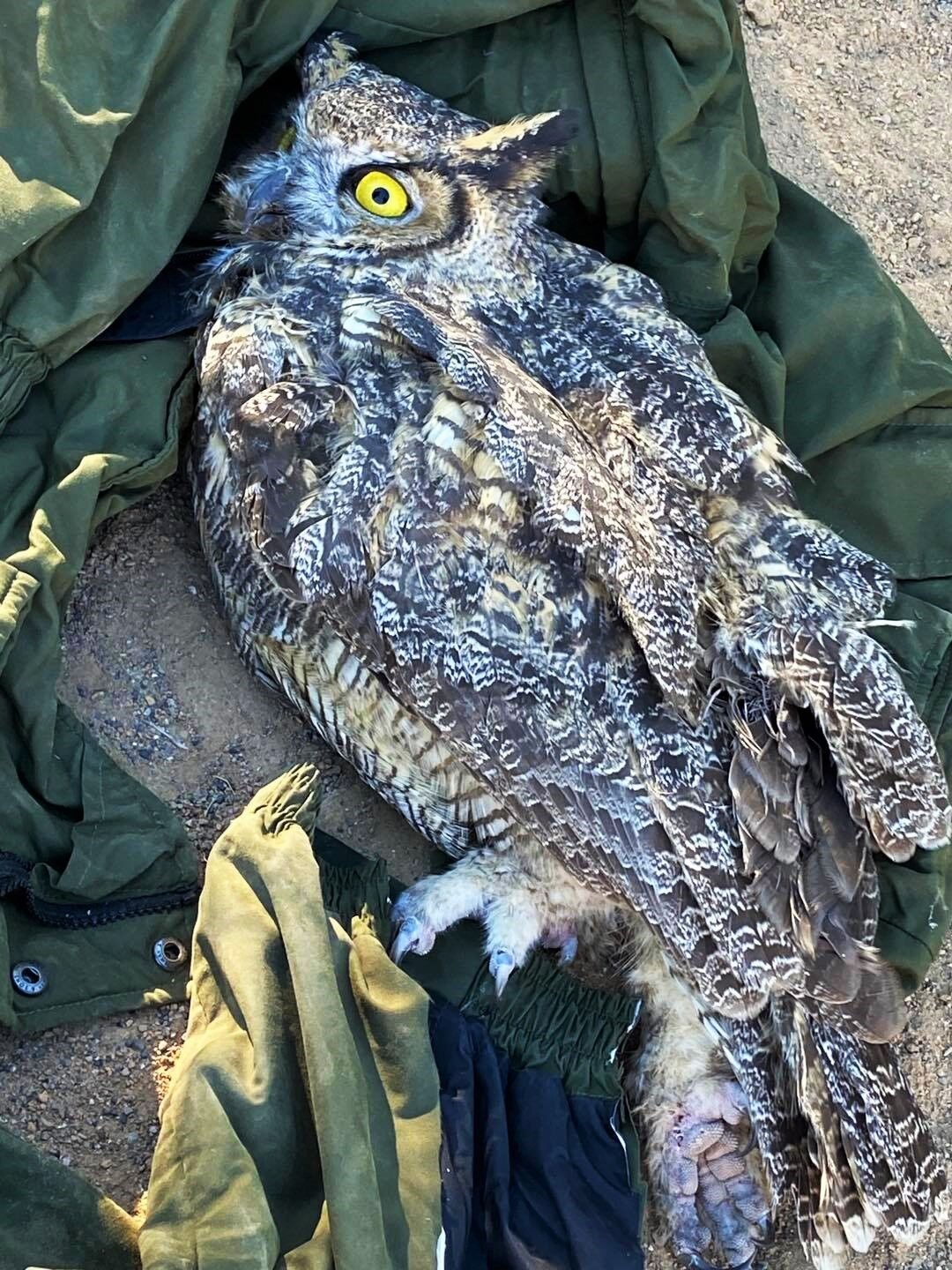 A great horned owl rescued from the netting around Founder Field recovered and took flight, according to eye witnesses. 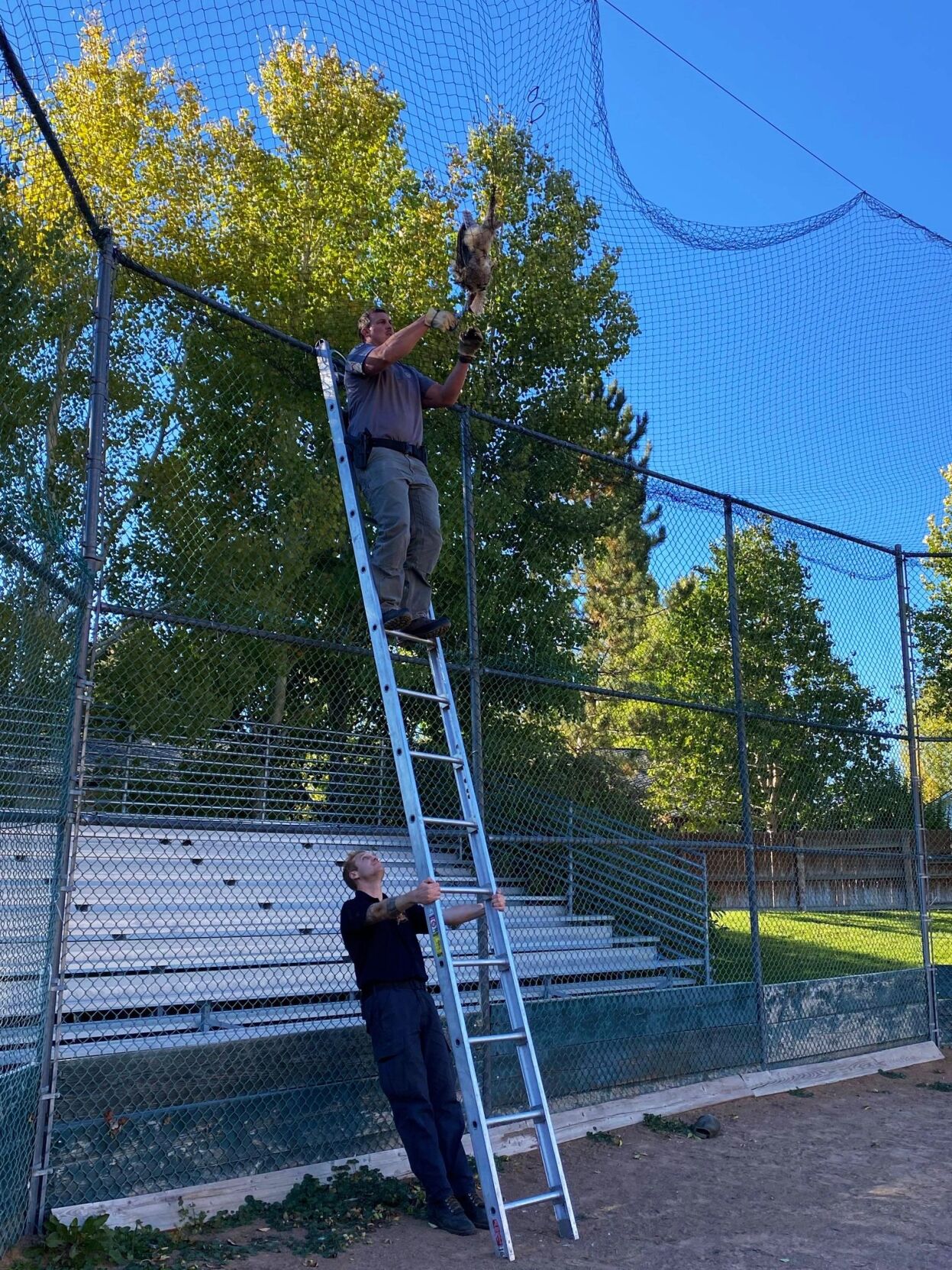 The raptor had been found by parkgoers, flailing and hanging upside down after snagging its feet in the backstop mesh earlier Tuesday, resulting in a call to Fish and Game. After cutting the bird free, Wood River Fire & Rescue Lt. Ryan DeMoe helped Head remove additional netting from its talons. A glove-wielding Head determined that the owl did not show signs of obvious injury and would recover on its own, instructing those in the area to give it space and allowing it to rest before, according to witness accounts, the bird took flight.

McNees’ reputation as an animal rescuer is becoming “bigger by the day,” according to Chief Ron Bateman. McNees previously rescued a local dog named Honey Bear from Della Mountain in July in an operation that required extensive ropework.

“I seem to be getting all the animal rescues on my shifts lately," McNees told the Express. "I’m okay with that—it’s rewarding.”

So happy to see this! Great horned owls love our valley & help to keep rodents & bunnies in check. Thanks, F&G, McNees & fire & rescue people. You are needed & appreciated

Very cool. Powerlines take a lot of these guys out too.