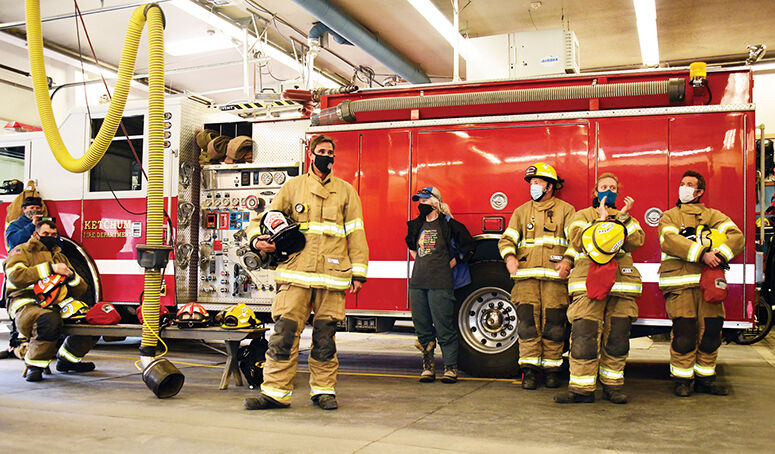 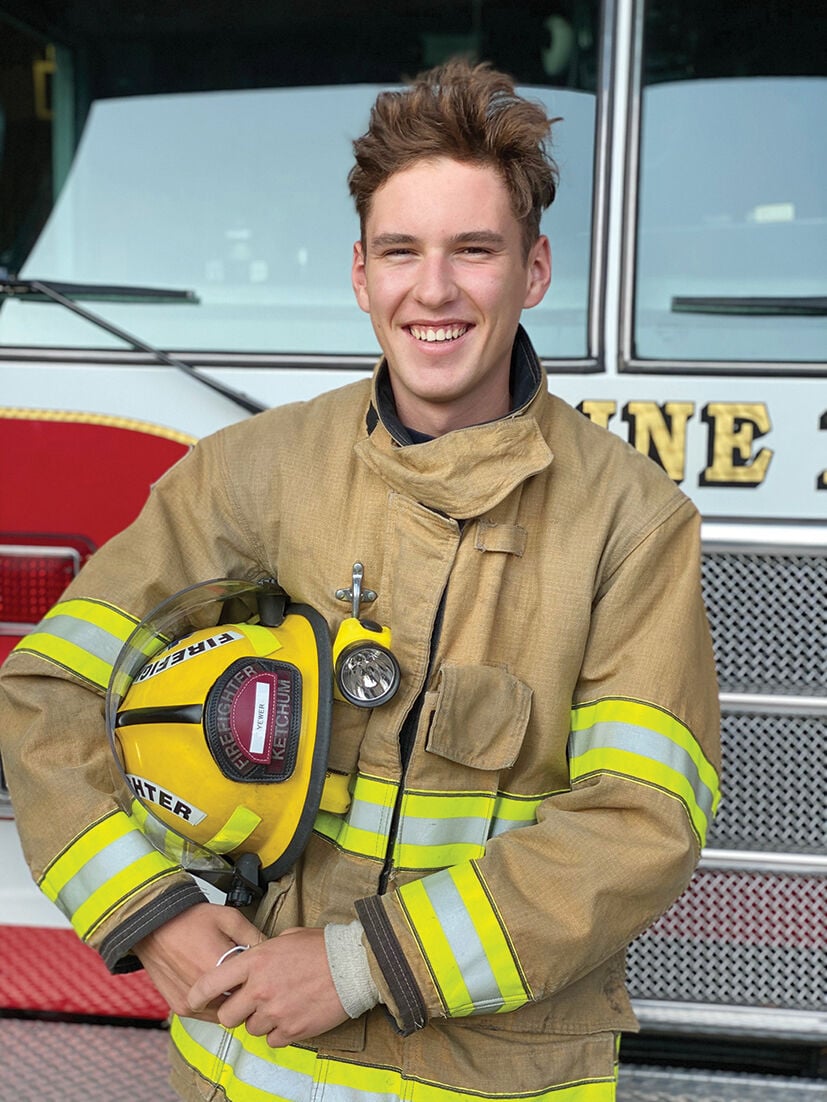 John Sisko, center in the group photo, and Ted Yewer were honored as Ketchum Fire Department’s Firefighters of the Year last week. Sisko thanked his department and his team for their support, a sentiment Yewer echoed. Yewer could not attend the announcement in person, and was instead informed via video conference. “I had no idea I was going to win,” he said. “Honestly, everyone deserves the award. The department as a whole stepped up to the plate this year.” On the same day, Ketchum firefighter Robbie Englehart, who has served as a firefighter for 40 years, received a Lifetime Member award from Fire Chief Bill McLaughlin.

Brian Poster also received a life member badge for 25 years of service to Ketchum as a volunteer firefighter!