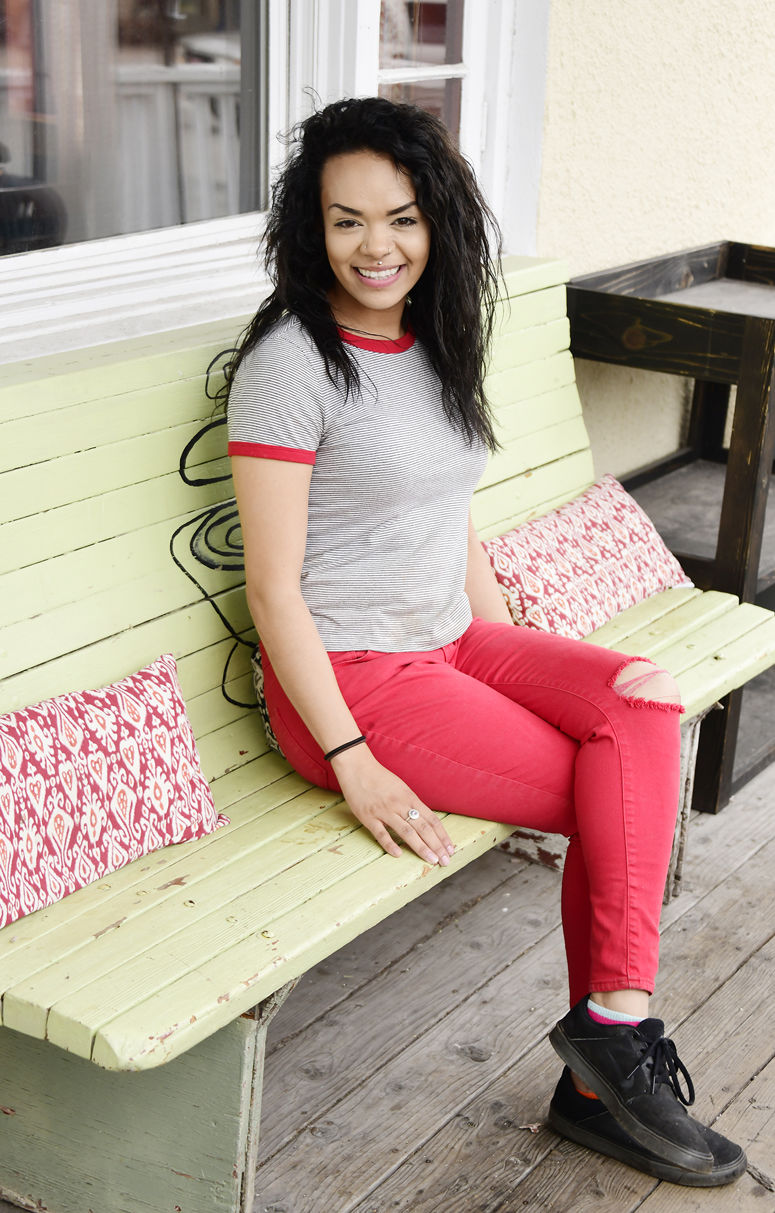 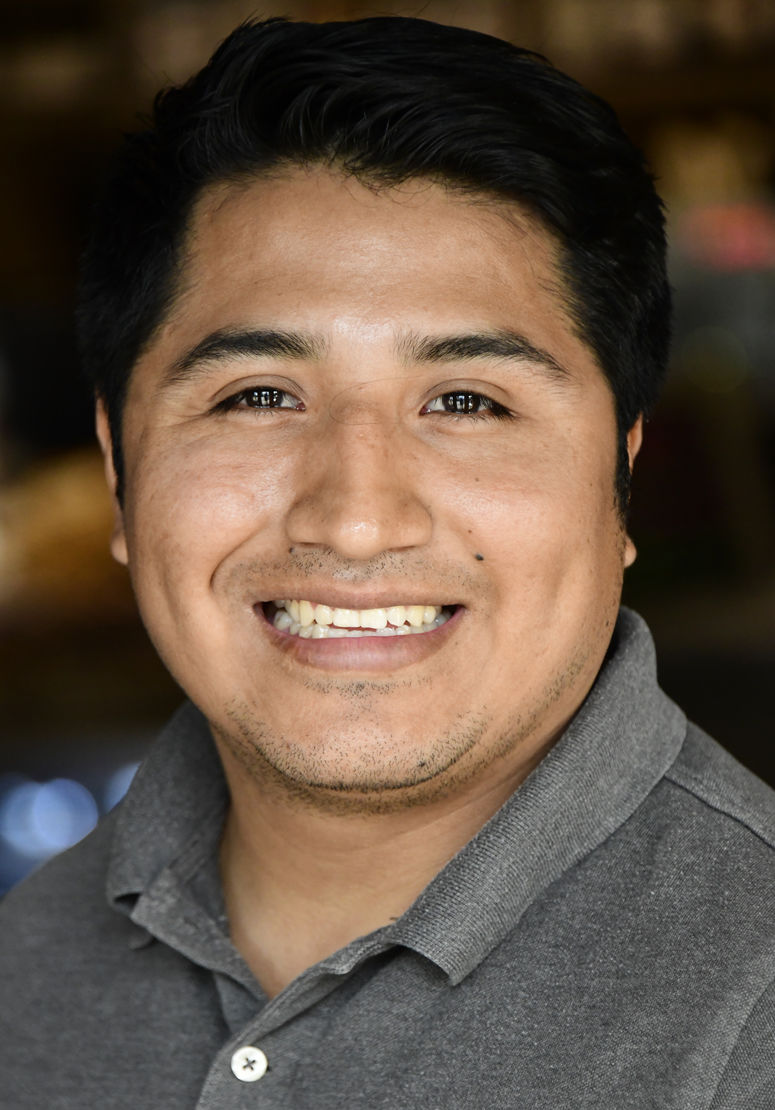 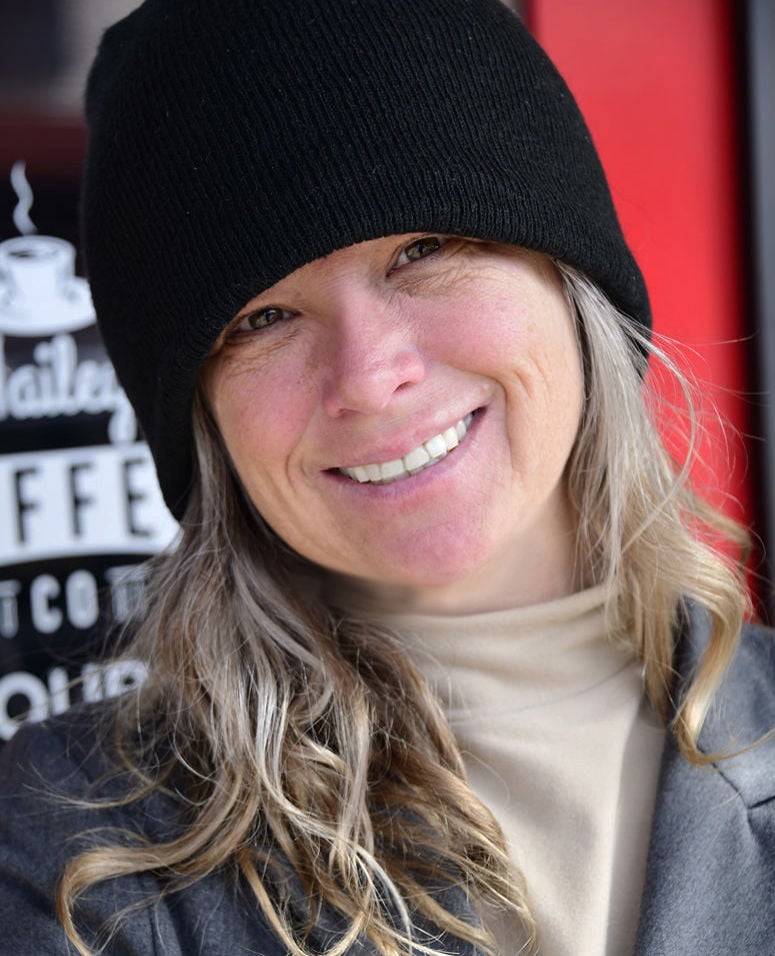 Heather Hoeksema said she came to the Wood River Valley to get away from city life.

Whether in Bellevue, Sun Valley or anywhere in between, residents and guests say they love the Wood River Valley. From the plethora of trails for running and cross-country skiing, to the endless hills and mountains for downhill skiing and mountain biking, activities abound. The small-town vibes turn visitors into permanent residents and the sense of safety and community keep lifelong residents from going to bigger cities.

Coffee shops are brimming with chatter, so a reporter from the Sun Valley Guide visited cafés across the valley to find out exactly why the Wood River Valley is the home, full- or part-time, to a lucky few.

For Kolbie Sanderson, 18, Bellevue has always been home. Born and raised in the valley, Sanderson says it’s a daunting thought to move elsewhere, even to Boise. A graduating senior from Carey High School, she says she’ll likely stay in the valley and continue to work at her local coffee shop.

“I haven’t branched out—it’s kind of scary, you know?” Sanderson said. “You know everyone [here], which can be good or bad.”

But it’s part of the charm of growing up in a small town, Sanderson said. Just the thought of getting lost in a big city scares her, and for that reason, Bellevue will remain home, for now.

Chris Haugh, who has lived in Bellevue for the past 35 years, says she moved here with the intent of getting away from rampant crime in bigger cities, specifically New York City, where she was mugged. Haugh said she was sitting in her vehicle when someone broke the window and snatched her purse right from her hands.

Besides the low crime rate, Haugh likes “how friendly almost everyone is here.”

Crime rates are low in Idaho in general, and in Blaine County in 2017 it was at the lowest rate that it’s been in the past five years. According to a report by the Idaho State Police, criminal offenses declined by nearly 23 percent in 2017, in comparison to 2016. In addition, Hailey was voted the second safest town in Idaho in 2018.

“I got tired of the rat race, and I didn’t want my kids to be gang members,” Gifford said.

Gifford, who previously lived in the Washington, D.C., area, has now lived in the valley for 20 years and has no plans of leaving.

Carly, from Colorado, moved to the valley for a different reason: for the space.

“I love how wild and remote it feels here,” Carly, 26, said at a coffee shop in Hailey.

Now a full-time resident in Hailey, she said she moved from Colorado a year ago because it just became too crowded and harder to enjoy the outdoor activities that she loves, including mountain biking, trail running and rock climbing. Here, she said, she can still enjoy the mountains and the trails without the crowds, making it an appealing place to call home.

Heather Hoeksema moved here for the same reason—she wanted to get as far away from the city as possible. Now a Ketchum resident working as an author and singer, Hoeksema travels around the Wood River Valley living in her Airstream. She enjoys immersing herself in nature and loves that natural landscapes and rivers surround her wherever she travels here. She also enjoys getting the chance to see wildlife just outside her door. Besides the trails and the vistas, Hoeksema likes the people who live in mountain towns such as Ketchum.

But part of Sun Valley’s claim to fame is its winters, and for David Serva, of Ketchum, they are beautiful and amazing to enjoy. Serva originally moved to the valley to be with family members who were already living here, but stayed for the love of the outdoors. He especially enjoys hikes to breathtaking lakes in the mountains that surround the valley. He loves the peaceful environment of the area and loves the people he shares the community with.

The tightly knit community is what Mayra Batista loves as well. Born in Los Angeles but raised in Hailey, Batista loves the easy access to the outdoors and the natural settings that surround her home. Besides what Mother Nature has to offer, Batista said she also enjoys the YMCA and community events put on by the cities, including Ketch’em Alive and the farmers markets in Ketchum and Hailey.

For Rick and Sandra Hesselbacher, the call of the outdoors lured them, as well. Eating a late breakfast at a coffee shop in Hailey, the Hesselbachers said they previously lived in Washington and made the move to the valley roughly 33 years ago. Both employees for a large airline company, they had the opportunity to live wherever they wanted, and they chose Hailey. Beginning as part-time residents, they made the move to full-time in order to raise their kids here. Today, it’s still home.

Rick said the Wood River Valley is ideal in location, with the Sawtooth National Recreation Area and places such as Redfish Lake so close. With more than 50 hikes within 30 miles of Sun Valley alone, it’s clear that there’s more than enough recreational area for the roughly 22,000 people who live here.

More than the appeal of the wild, Rick said the community is nice and he sees residents rally around families and individuals in times of need. Organizations like The Hunger Coalition and the Senior Connection provide resources and food to those who need it, while dozens of other nonprofits in the valley raise funds for after-school programs, animal welfare, recreational programs and more. Rick said he has seen first-hand how the communities in the Wood River Valley can band together.

Sandra agreed, adding that it’s been a wonderful place to raise children.

As far as children go, Wood River High School was ranked the 11th best high school in the state this year, and in the top 20 percent of all U.S. high schools in the 3,354 high schools surveyed nationwide, according to U.S. News and World Report’s 2019 Best High Schools Ranking.

Aside from the lack of affordable housing, the Wood River Valley still appeals to many, including those just passing through.

Adam Parish and Alex Mortiz, both 23, sipped iced coffees at a local coffee shop as Adam mapped out their next moves on his laptop computer. Both from Spokane, Wash., Parish and Mortiz had been traveling for weeks in an RV from Washington to Montana and through to Idaho, exploring everything each state has to offer.

They had driven into the Wood River Valley by mere chance, simply traveling toward town names that sounded appealing. Though Parish had heard of Sun Valley before, he didn’t know what all the hype was about. But they did like the town they had rolled into—Bellevue.

Though they were the only ones, besides employees, in the coffee shop, both Parish and Mortiz agreed that there were “good vibes here.”

“It’s a small town but it seems like there’s a lot going on here,” Parish said.

Mortiz agreed, commenting that as soon as they drove over Timmerman Junction into the valley, she fell in love with the mountains and seemingly endless rolling hills. They both said they wouldn’t mind living in a small town, and just like that, the spark of an idea was lit.

“Maybe we will,” Parish said.

“You know everyone [here], which can be good or bad.”

“I got tired of the rat race, and I didn’t want my kids to be gang members.”