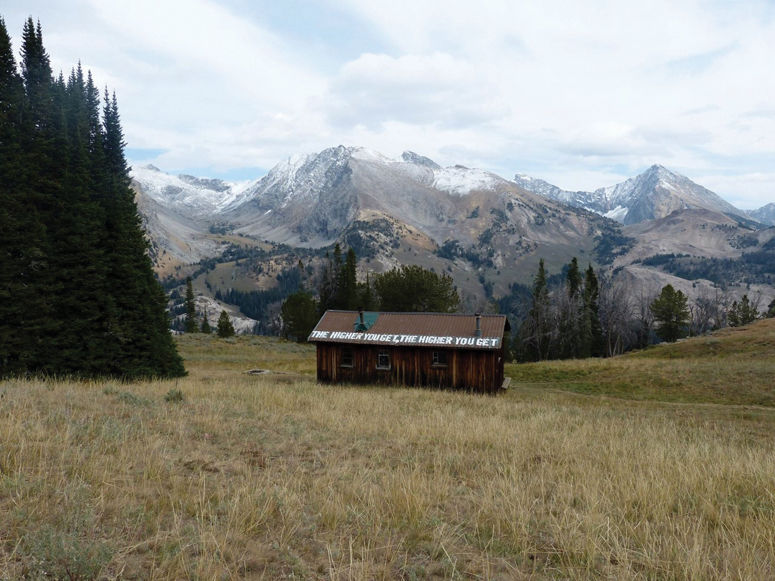 Pioneer Cabin sits on a saddle with terrific views across a wide ravine toward the Pioneer Mountains. 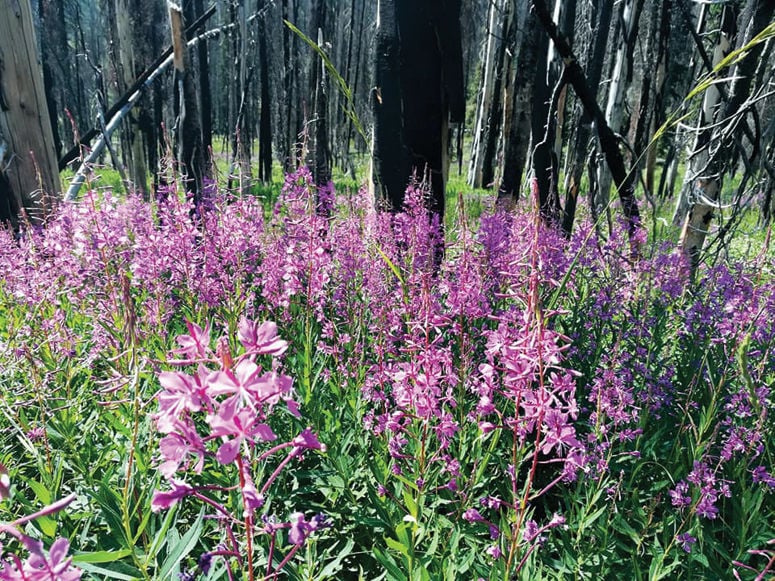 Wildflowers, including fireweed, pictured above, have grown profusely along the route to Baker Lake since the 2013 Beaver Creek Fire.

Pioneer Cabin sits on a saddle with terrific views across a wide ravine toward the Pioneer Mountains.

Wildflowers, including fireweed, pictured above, have grown profusely along the route to Baker Lake since the 2013 Beaver Creek Fire.

Faced with many miles of hiking trails fanning out from the Wood River Valley, readers obviously considered accessibility from town an important criterion in their picks for Best Hike. The gold medal went to Pioneer Cabin, just as it did last year. Runners-up were the Proctor Mountain loop and Adams Gulch trails.

At just under 4 miles one way with a 2,500-foot elevation gain, this hike is a step up in difficulty from the other two winners in this category. But many readers obviously think the views and alpine landscape make that effort worthwhile. The trail ascends through fir forest before providing gorgeous views of the Pioneer Mountains.

At the top, at an elevation of 9,400 feet, is Pioneer Cabin, which was built in 1937 as a ski-touring hut and has been undergoing a major renovation over two recent summers. Among other tasks, about 40 volunteers rebuilt the foundation, replaced the floor beams, painted the interior and carried out old mattresses and carpet. The volunteers’ work has made the cabin a much more pleasant destination.

“The view from the Pioneer Cabin is awesome,” said Elkhorn resident Bard Glenne, one of the organizers of the fix-up project. “You come over the hill and all of a sudden the entire Pioneer Mountains open up to you. You feel like you’re on top of the world.”

The cabin can be reached via several trails. The most direct and most popular route is to start at the end of Corral Creek Road east of Sun Valley. Another route begins at the Johnstone Creek trailhead off East Fork Road past the tiny residential community of Triumph.

“This ever-popular hike is almost a must for visitors to the Sun Valley area and thousands of hikers climb the Corral Creek route every year,” guidebook author Gloria Moore wrote.

Another close-to-town favorite is the Proctor Mountain loop, which treats hikers to a bit of history as well as a pleasant outing. The trail begins along Sun Valley Road at a memorial to Ernest Hemingway, who committed suicide at his home in Ketchum in 1961 and is buried in the Ketchum Cemetery.

After crossing Trail Creek, hikers head straight up a gully to the base of the old Proctor Mountain chairlift, built in 1936 for Sun Valley’s opening. The trail then switchbacks through aspen and fir forest interspersed with open areas, providing great views of Bald Mountain across the Wood River Valley while making a counter-clockwise loop back toward the road.

Another of the world’s first three chairlifts, built in 1937, sits unused but intact on nearby Ruud Mountain. A longer loop can be done by starting on a trail up Ruud Mountain.

“It’s the best trail close to town, for sure,” said Ketchum resident and trail runner Gigi Prior.

Prior said she’s seen a lot of wildlife from the trail—a deer just that day and moose in the past.

“It’s peaceful,” she said. “It’s a great place to think about life and have some quiet time.”

The Proctor Mountain loop can be hiked most of the year, as the trail gets packed quickly by snowshoers. In the winter, the trail can be accessed at the end of Fairway Road in Sun Valley.

A potential problem for dog walkers here is the proximity of the Sun Valley Gun Club across Trail Creek Road.

Reached by a road off state Highway 75 just 1.5 miles north of Ketchum, the Adams Gulch trails can’t be beat for accessibility.

Hiking pair Ashley Brown, a Ketchum resident, and Erin Hill, who lives in Bellevue, said they like Adams Gulch because of the trail options—you can do big loops or small ones.

Ketchum resident Mike Connelly said he frequently walks his golden retriever, Papaya, on the Adams Gulch trails because of the sunny versus shady options, the creek and the social interactions with other dogs.

“Water is key for dog walking,” he said.

Connelly said Papaya also likes “the critters,” such as the squirrels.

“She never eats one, she just likes to play with them,” he said.

Portland, Ore., resident Charlie Wicker said he was in town for just a couple of days and stopped by the Ketchum Ranger Station to inquire about nearby hiking trails. He said he was pleased to have been steered to Adams Gulch. He said the trails there have a “high work-to-joy ratio.”

“You’re in the views from the parking lot, and they just get better. It’s an in-town gem,” he said.

Wicker said his hike there whetted his curiosity about other trails in the area, and he’s looking forward to coming back to see more of them.

Other popular nearby hikes include:

This is a less-crowded option for a close-to-town hike. It begins off a dirt road on the north side of Lake Creek Road, which is on the east side of Highway 75 about 3 miles north of Ketchum.

Hiking the loop counter-clockwise provides more shade for the climb. The trail heads up a gully along a small creek flanked by willow, aspen and fir trees. Once at the top, you’ll hike along a ridge with great views over the Wood River Valley toward the Smoky Mountains and Baldy.

The loop is about 4 miles long.

Though the scenery here isn’t too special for an alpine lake, this is one of the Wood River Valley’s prime destinations for wildflower viewing. In late June and early July, flowers carpet the hillsides in the full spectrum of colors. The colors are particularly striking against the charred and pale tree trunks left from the Beaver Creek Fire in 2013.

“It’s always been a great spring and early-summer flower show up there, but if a fire doesn’t burn too severely, it reduces the competition from grasses, and you get a profusion of flowers until the other native vegetation recovers,” Sawtooth National Forest botanist Deb Taylor said.

The 1.7-mile-long trail climbs at a moderate rate, so this is a good hike for families.

The trailhead is at the end of Baker Creek Road, off the west side of state Highway 75 about 15 miles north of Ketchum.

The hiking options here include a nice loop hike to four pretty lakes and a relatively easy climb to one of the area’s highest summits.

The trailhead is at the end of a spur road about 6 miles up Baker Creek Road from Highway 75.

Before doing the 5.4-mile loop, hike an additional quarter mile to see upper Norton Lake, then return to lower Norton Lake. An unofficial trail leads along the south side of the lake, then over a pass to Big Lost Lake and over a low rise to Smoky Lake. From there, head east cross-country back to the main trail.

Or, continue above upper Norton Lake to the pass, check out the view down to Miner Lake in the Prairie Creek drainage, then head right and climb 10,336-foot Norton Peak. Most of the climb is straightforward, though the final part is along a rocky ridge that requires some scrambling. The peak is somewhat isolated from others in the range, so the views are terrific in all directions.

Details for all these hikes can be found in local hiking guidebooks.

“It’s always been a great spring and early-summer flower show up there.”