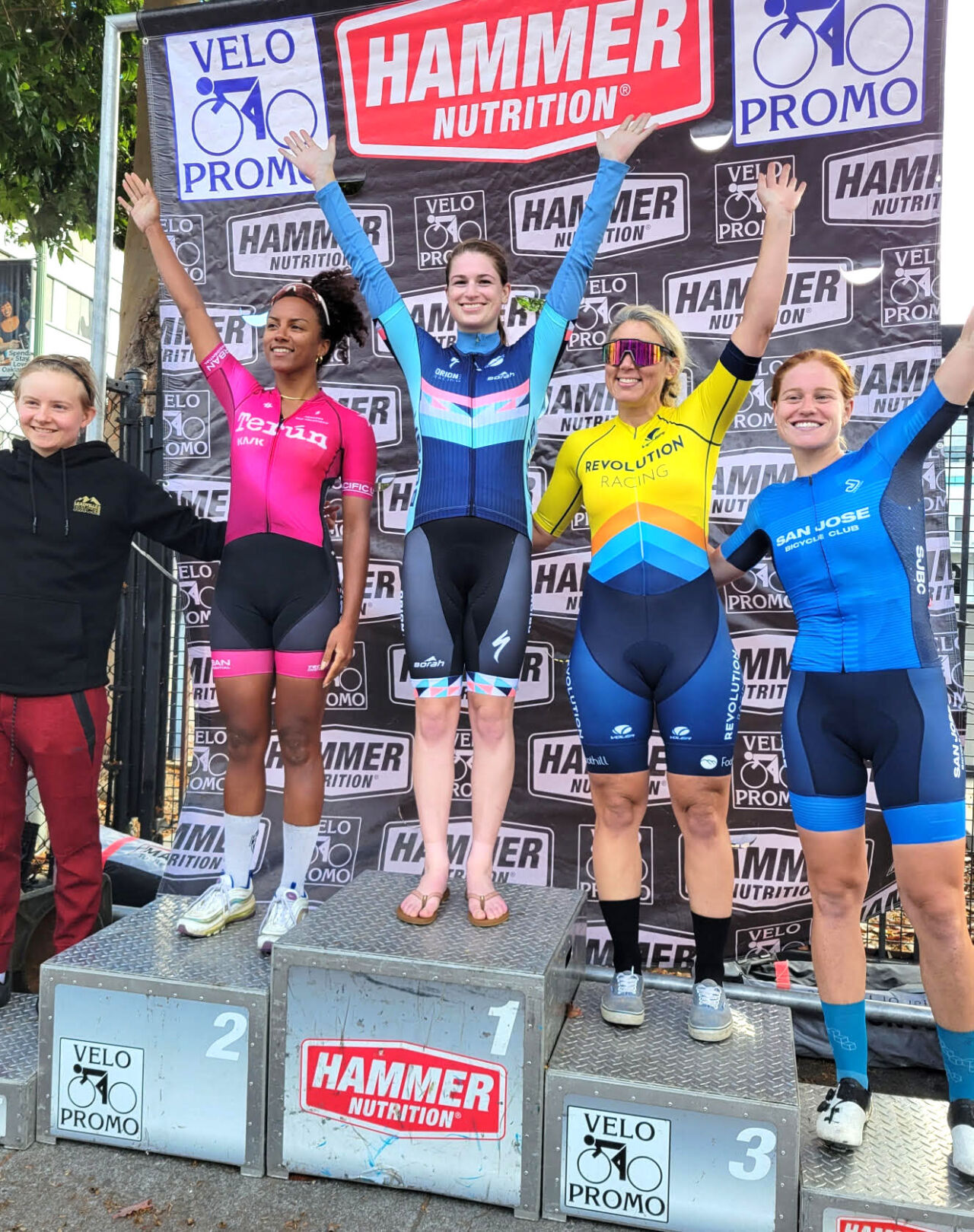 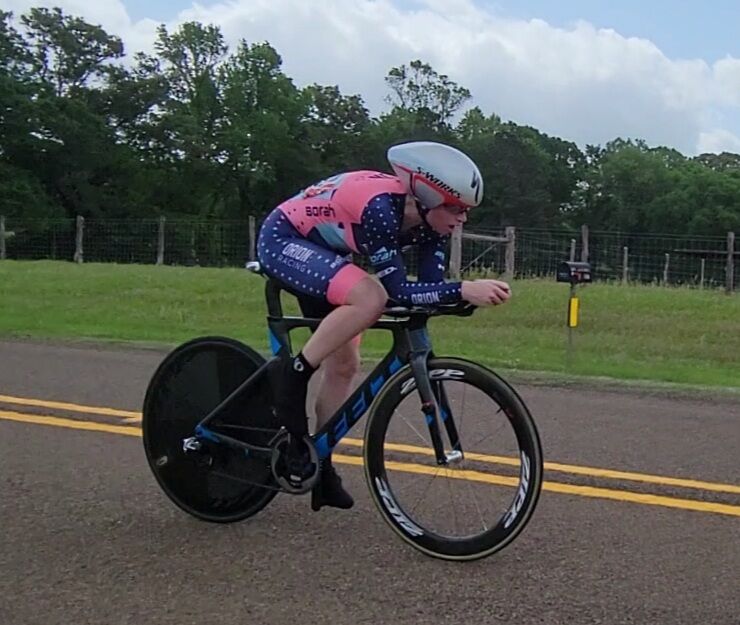 Racing in the women’s Pro/1/2/3 category on a wet and windy course, Youmans got in an early breakaway group of four racers. The breakaway was caught a lap later by the main field. Youmans attacked and was followed by Alexandrine Obrand of San Jose Bicycle Team.

This picture is from time trial that Sara won in Texas. The Davy Crockett Stage Race. Look at Sara Youmans, Elite Cyclist Facebook page - I have pictures of the Oakland GP