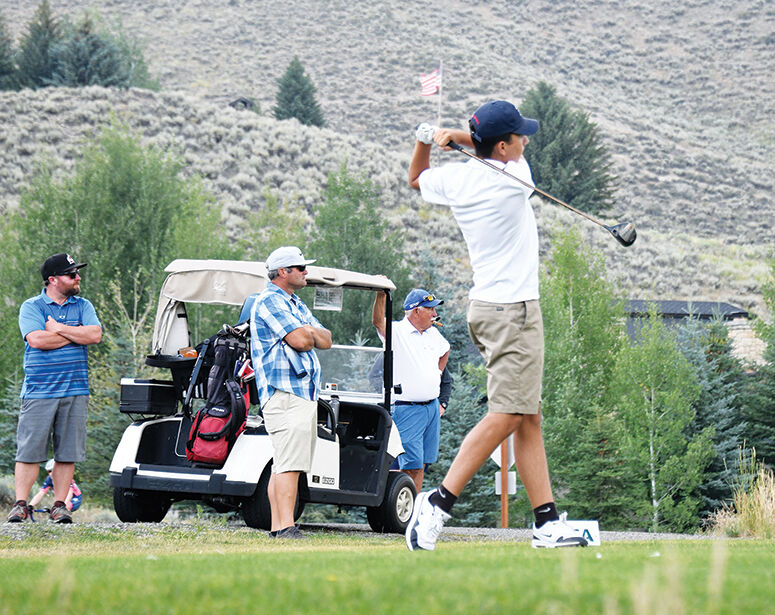 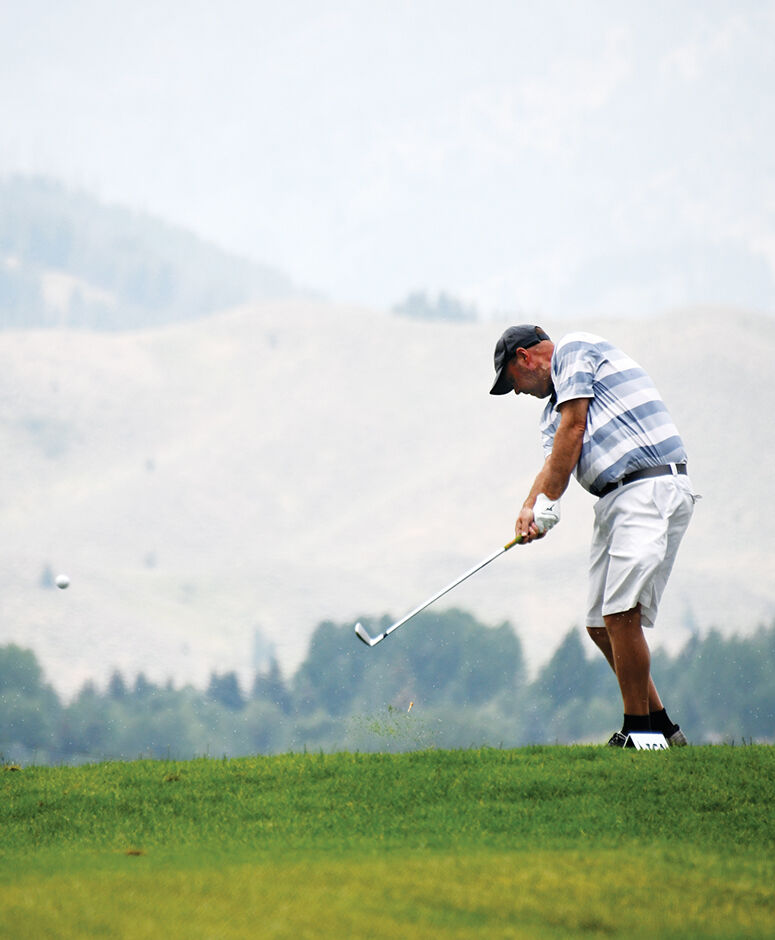 Greg Fairfield of Hailey chips on the 171-yard par-3 Hole No. 6 at Elkhorn Golf Course Saturday afternoon. Fairfield ended his final round of the 54-hole stroke play Idaho Men’s State Amateur Championship with a 4-over-par 76, and 233 for three rounds of the Idaho Golf Association event. 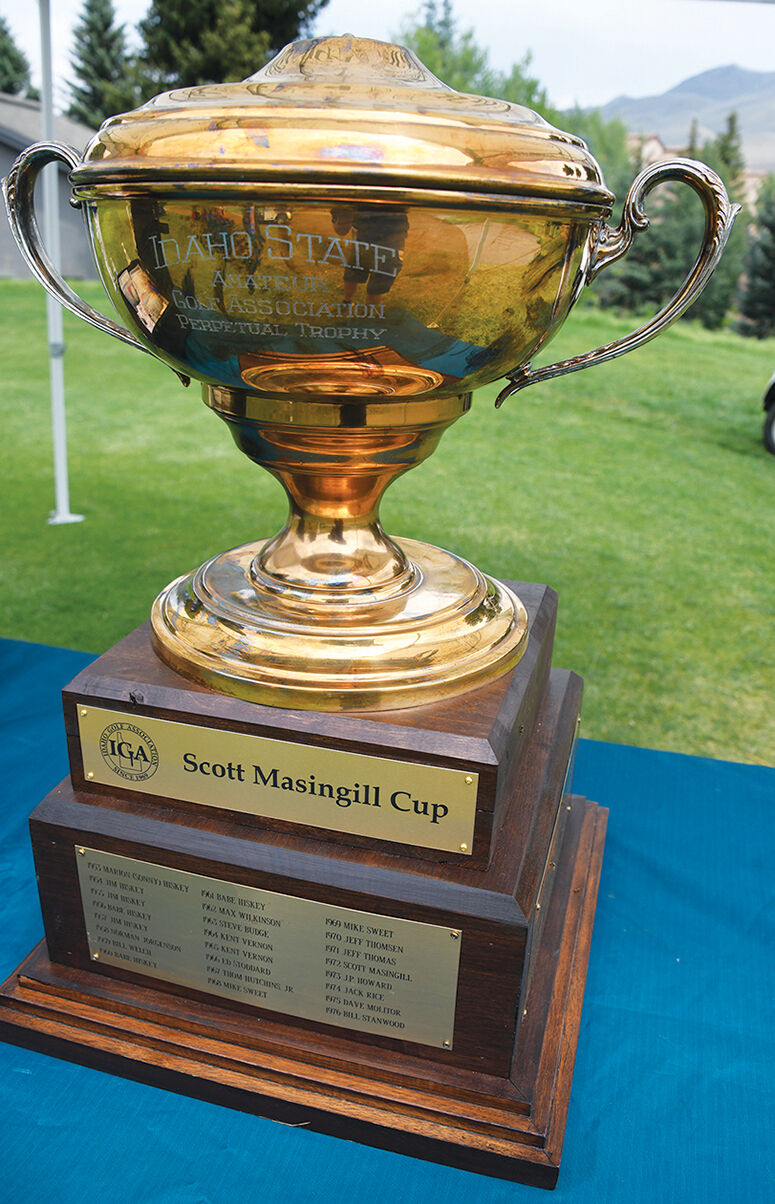 On a beautiful weekend for golf at Elkhorn, the Idaho Golf Association crowned two new champions of its Idaho State Amateur golf championships for men and women July 23-25.

Youth predominated in the field of 80 men and 36 women.

Townsend said, “It just feels really good to play in a tournament. I’ve been working really hard in the gym and playing a lot with my teammates since I can’t go home (to Sweden) this summer.”

Jennifer Harper and Danielle Doerflein along with Ketchum’s Chris Abbott were among the top money winners out of 25 golfers leaving Elkhorn with shares of the $8,525 purse.

Sun Valley Golf Club men’s champion Alan Barnhardt was one of only nine men to break par 72 in the final round. Barnhardt won $200 for placing eighth overall with scores of 75-70-71 for even-par 216. He birdied his final two holes for 34 on his final nine Saturday.

Two more of the 12 locals in the 116-golfer state field came away with money in the men’s amateur net accounting.

Here are other local gross men’s scores from the 92th annual Idaho men’s tournament that has been staged since back in 1929:

The IGA normally holds its state amateur golf championships for men and women at different courses. But, in this COVID-19 year, it was decided to combine the two events. Elkhorn had already planned to hold the men’s competition.