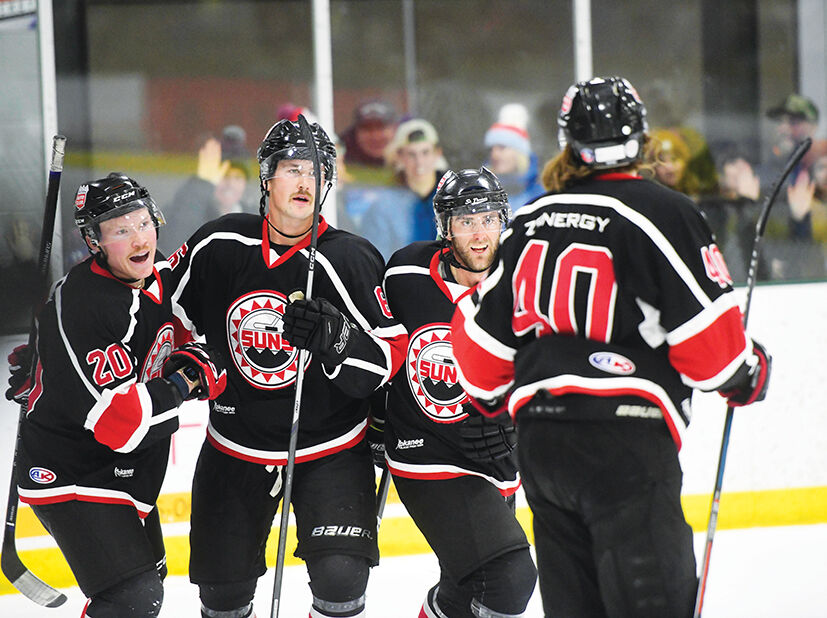 Suns players celebrate a goal during Friday’s victory vs Wilmington at Campion Ice. 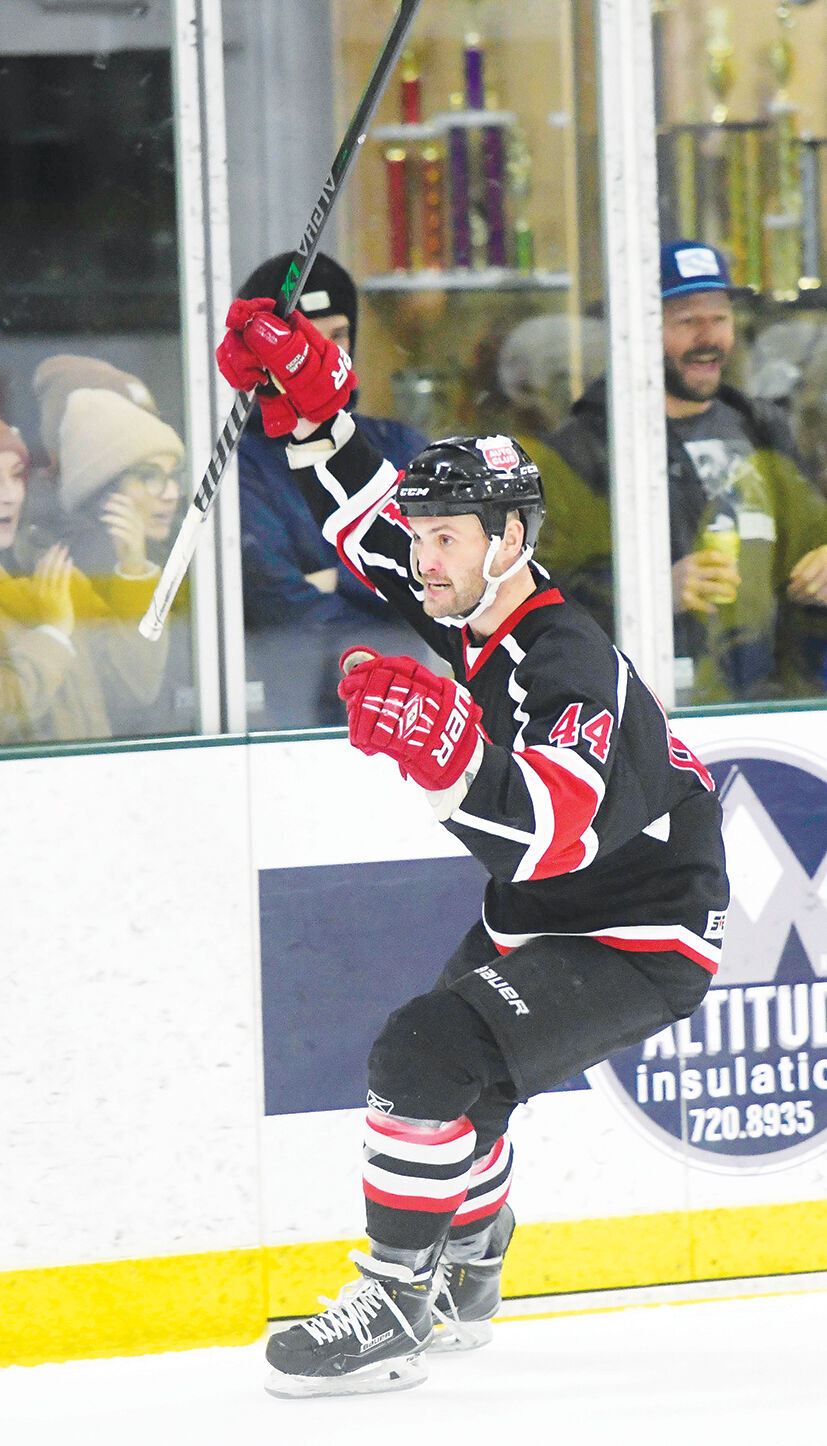 Suns players celebrate a goal during Friday’s victory vs Wilmington at Campion Ice.

“It was our best game of the season—a good hockey game against a really good team.”

Sun Valley Suns hockey players kept pulling on the same rope and supporting each other fearlessly during last weekend’s 4-1 and 4-2 sweep of the visiting Wilmington (Del.) Wheels before a total 1,083 fans at Hailey’s Campion Ice House.

Gutter Snipes are next

This weekend, the East Coast Gutter Snipes players and entourage compromising up to 40 people will invade Campion Ice House to revive a series that has become one of the most popular and most competitive of all Suns home encounters.

Last January, the Gutter Snipes dominated the Suns 7-2 and 8-6 as 11 different East Coast players scored goals and the Snipes outpointed the Suns 39-15 on the scoresheet.

Movie director Bobby Farrelly’s Snipes improved their advantage to 19-13-0 in the 16-season, 32-game rivalry dating back to 2006. The Snipes maintain a 193-175 scoring edge in the series and have now won three straight games. The Suns last prevailed 5-4 back in 2020.

Depth is vital for the Suns, and it was the fourth forward line that stretched the lead to 3-1 in the third.

Hits by linemates Trevor Thomas and Niels McMahon propelled the action up the ice and out of the Suns defensive zone, and Thomas made a crafty pass to wing Steve McCall for the insurance tally. Justin Taylor scored an empty-netter for the finale.

“It was our best game of the season—a good hockey game against a really good team,” said Suns coach Ryan Enrico after Friday’s 4-1 win. “We played disciplined team defense with all four lines and all six defensemen out there, rolling.”

Saturday night, Taylor Rothgeb and Chad O’Brien staked the Suns to a 2-1 lead after one period, and Weekes made it 3-1 in the second. A Wheels power-play goal brought the visitors within striking distance at 3-2, but Curry made it 4-2 early in the third—finishing a fine Brendel feed.

NOTES—The Suns scored the first goal in each period this weekend, reversing a trend from January when Wilmington visited and jumped on the Suns in five of the six stanzas played…..The Wheels out-shot the Suns 87-60 for the weekend but were limited to just three goals over 120 minutes of action………The Suns had 14 different players contributing points over two games, and outpointed the Wheels 20-8…….With its second period power play goal tonight, Wilmington could claim to be the first team to score on the power play against the Suns this season. Opposing teams are now 1-for-32 against the Suns penalty killers……Physical action turned up a notch in the up-and-down and bang-it-around third period, as both teams gave as well as they got. But the Suns team defense secured its hold on neutral zone play and got the job done, helped by goalie Matt Cooper’s stop of Janko Mamrilla’s shot in the slot midway through the third period of a 4-2 game….Suns wing Dylan Shamburger, perhaps the least likely to get embroiled in a fight, had no choice but to embark on a crowd-pleasing humdinger with Wheels defenseman Garrett Gallagher late in the hard-fought third period. Both combatants threw haymakers and ended up on their backs on the ice. Shamburger skated off the ice with a torn jersey, but earned the consolation prize of being awarded the coveted George Jacket for the weekend….Each player drew a 5-minute fighting penalty and game misconduct…..Fifth-year forward Shamburger (40 goals, 63 assists for 103 points) and captain Doug Yeates (24 goals, 79 assists for 103 points) have each surpassed 100 career Suns points and share 54th place on the team’s all-time scoring list…..Suns forward lines were Spencer Brendel-Parker Weekes-Nick Curry, D.J. Robinson-Justin Taylor-Dylan Shamburger, Jack Stevens-Chad O’Brien-Kyle Mitsunaga, Taylor Rothgeb-Derek Grimes-Eric Demment. Defensemen were Sean O’Grady-Mike Curry, Doug Yeates, Kyle Caddo and Ben Barton. Demment, a 19th-year Suns veteran, was playing his first game this season, and played it at forward instead of his customary place on the blueline…….For the season, the undefeated Suns are outscoring opponents 58-22 including 19-3 in the first periods of games………..