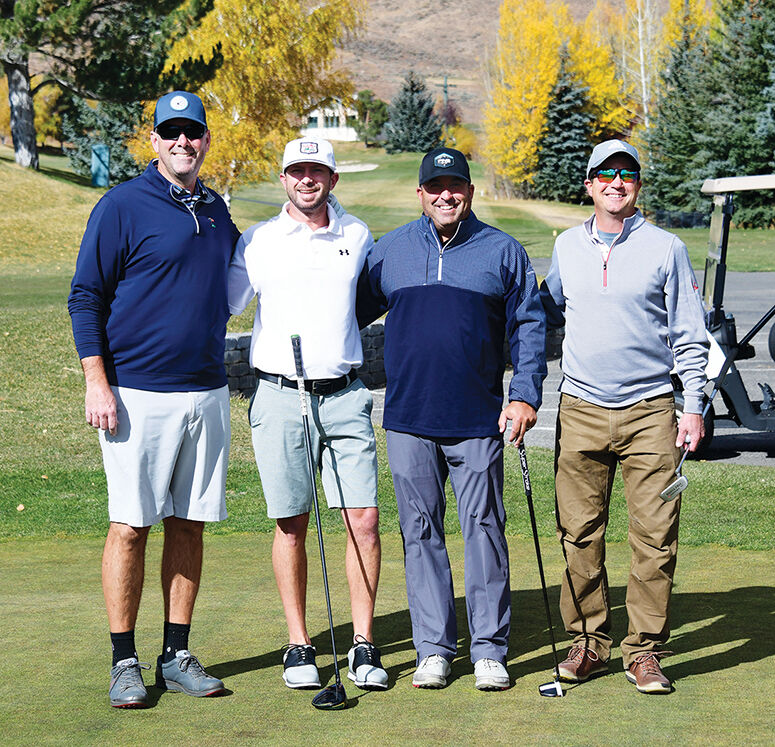 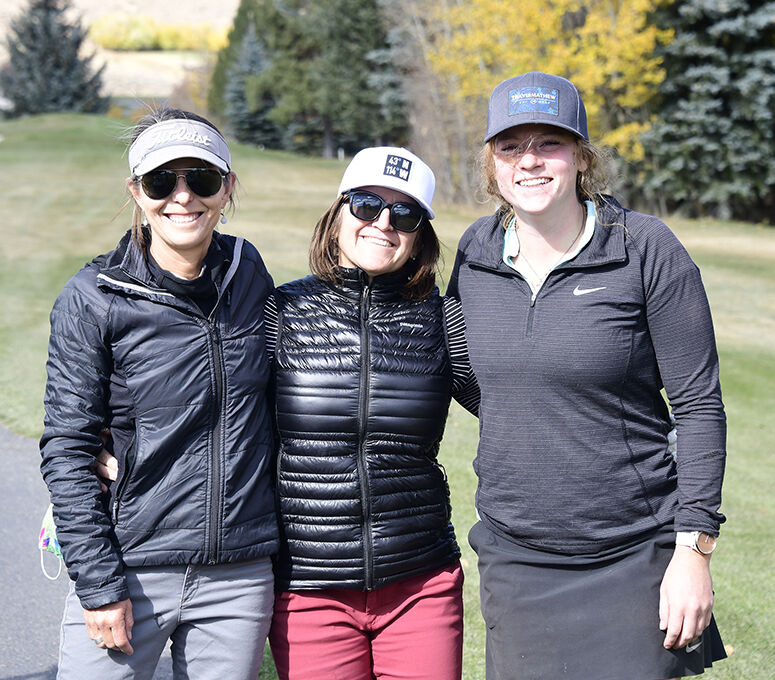 The Restaurant team of Jolie Dunn, left, Joanie Rumpeltes, center, and Elyse Smidinger pose before teeing off at the first hole. 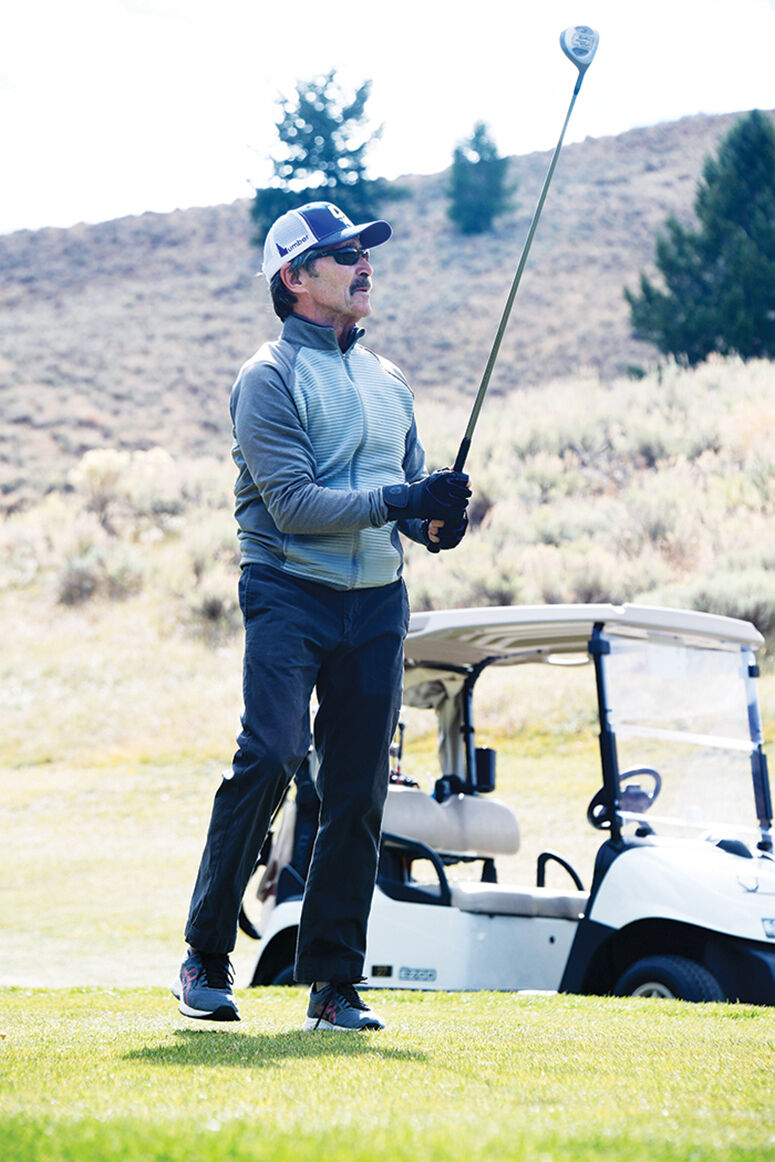 Former sports editor of the Idaho Mountain Express, Jeff Cordes, tees off from the first hole of Elkhorn Golf Course.

The Restaurant team of Jolie Dunn, left, Joanie Rumpeltes, center, and Elyse Smidinger pose before teeing off at the first hole.

With clear blue skies and a chill to the air, it was a perfect fall spectacle to welcome community members throughout the Wood River Valley for a good cause.

The event was sponsored by Zenergy Health Club and Spa.

“With one swing of the golf club by 30 participants and the generous donations of 10 local businesses, we raised $3,000 for the Blaine County Charitable Fund,” event organizer Georgia Hutchinson said. “That’s the power and possibilities of our Local Connected Community!”

Despite blistering gusts of wind, the Police and Fire team of Mike Abaid, Tim Graves, Will Fruehling and Adam Quarles took top honors in the scramble with a score of 28.

For a time, Abaid held the Longest Drive competition on the eighth hole.

Abaid lost the lead after super-swinging Elyse Smidinger took the top spot when she poked the ball 310 yards.

Smidinger and her team of Joanie Rumpeltes and Jolie Dunn played for the Restaurant team, which finished second overall with a score of 31.

Hatzenbuehler, Annie Leady and Cameron Leady took third place for the Nurse/Doctors team with a score of 32.

The Schools/Teacher team of Laura Barnhart, John Pearce, Mark Sauvageau and Calysta Phillips took fourth with a score of 33.

There was a three-way tie for fifth place with 35 between the Mayor team of Ketchum’s Neil Bradshaw and Bellevue’s Ned Burns.

Also scoring 35 was the High School team and Grocery team.

The Non-Profit team scored 36 for sixth.

Undoubtedly, the play of the day was on the sixth hole when longtime Idaho Mountain Express sports editor Jeff Cordes beat out Burns for the Closest to the Pin contest.

Burns held the top honor at the sixth hole when he nearly had a hole-in-one from 106 yards out, which was 8 feet from the pin.

When Cordes came up to the sixth hole tee box about an hour later, the wind died down at the perfect moment. Tossing his ball down, he confidently and casually settled in and hit the ball in the sweet spot.

Cordes’ ball dropped perfectly and soundly just 6 feet away and eclipsed the old mark. The crowd went wild as a result.

The aim of the event is to be an annual event and be known as Community Connection Day, to be held every year in October to celebrate a united Blaine County.