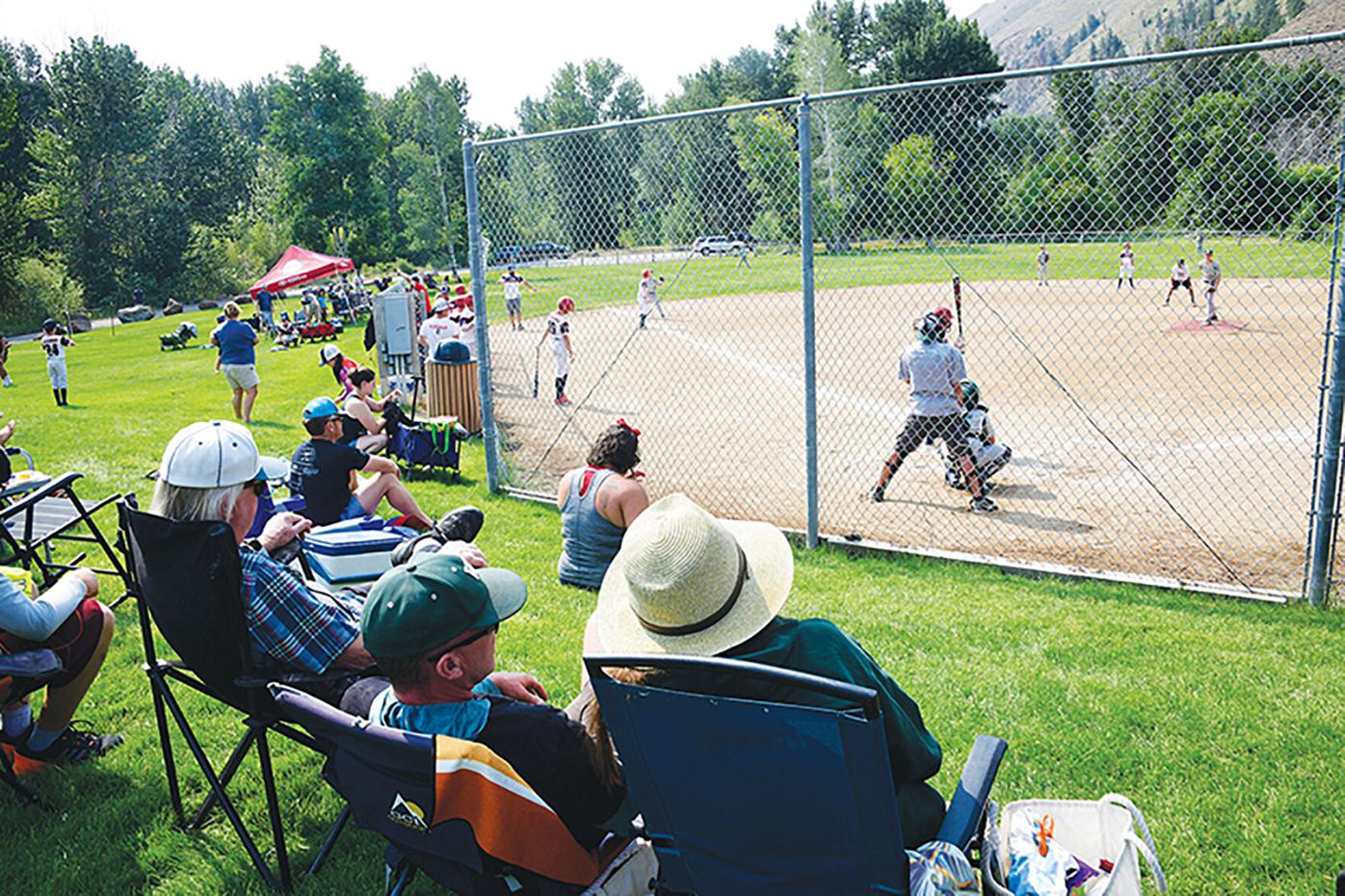 Over 20 teams came from the entire state to compete in the return of the Ray Nelson Invite. Last year’s tournament was canceled due to COVID-19; however, this year saw a big return to the mid-summer classic. 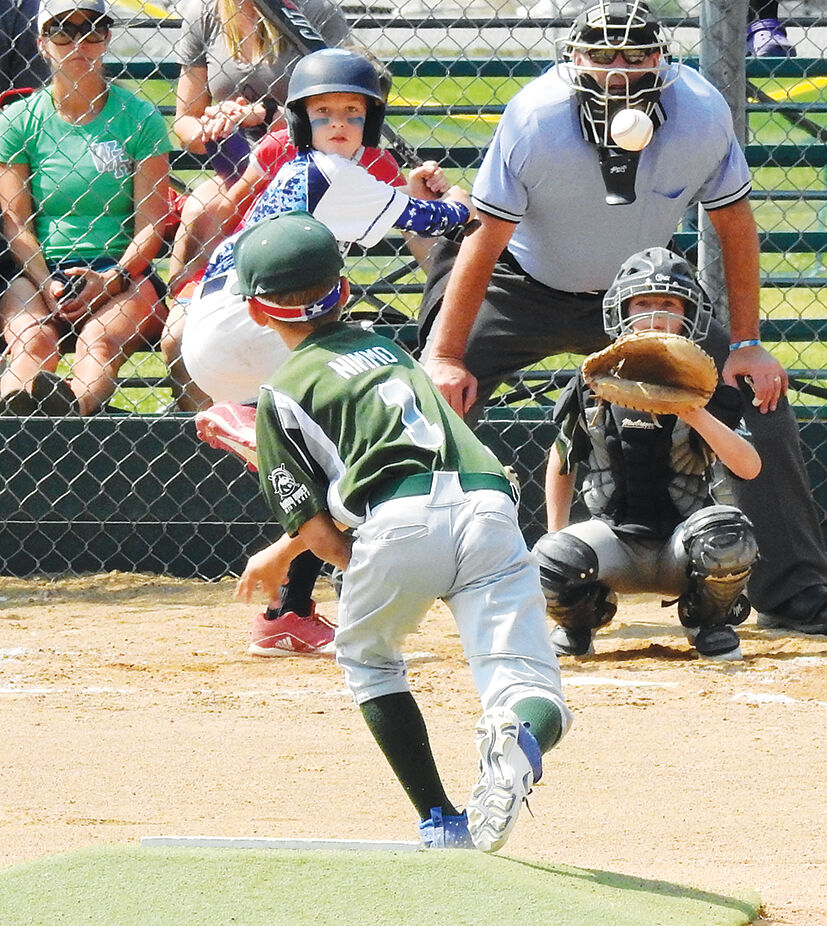 Clutch is a word that has become second nature to a group of Nampa-based youth baseball players who have used “clutch” as a potent, extra motivational bat in their travel bags over four years, from ages 9-12.

The Nampa Clutch 12U All-Stars were focused, poised and aggressive during the 49th annual Ray Nelson Invitational tournament that filled the ball fields in Hailey Friday and Saturday, July 16-17.

Nampa Clutch 12U rallied in each of its final two games to win the 12-team 12U division and finish a remarkable unbeaten string dating back to 2018 at the Hailey tournament.

Coach Travis Christensen’s Nampa squad went 5-0 with a 46-15 scoring advantage at the Ray Nelson, but they didn’t win without being clutch.

Encouraged by coaches to develop an approach at the plate and enter the batter’s box with a plan, Nampa players stormed back from a 9-3 deficit in their final at-bat of the semifinal and edged the Co-County Punishers from Caldwell, 10-9.

In the championship game against the Boise Scrappers 11U, the Nampa Clutch 12U All-Stars came back from a 2-1 deficit to tie it 2-2 with an unearned run, and then they pushed across two runs in the home fifth to prevail 4-2 in the six-inning finale.

“We came to Hailey with this group of kids, eight who have been together since they were nine. Our idea was to sweep (in visits to the Nelson),” said Christensen. “It’s been a pleasure to coach these kids.

“Coach Tyson Downs came up with the idea of calling our team ‘Clutch’ when they were nine. The name was an instant hit with the kids. They’ve built a pretty good brand.”

In three Nelson meets, Nampa Clutch 12U All-Stars went 16-0 overall, outscoring opponents 192-47. Christensen said the players were disappointed that the Nelson was canceled by the pandemic in 2020, or they might have been four-for-four.

Prior to last weekend, Nampa Clutch 12U had just finished second in the Cal Ripken State Tournament at Meridian. The team had entered eight tournaments since Memorial Day and gone 32-10 in those summer season competitions.

They very nearly lost in Hailey.

Coming out flat in their semifinal against a familiar opponent in Co-County Punishers, Nampa Clutch was chasing six runs, down 9-3, going into its final at-bat. But Nampa put runners on the bases and won 10-9 on a walk-off, two-out, three-run homer by left fielder Aaron Vavold.

It put Nampa up against a younger, unfamiliar team in the Boise Scrappers for Saturday’s final.

“A very athletic, well-coached team, one of the dominant 11U teams in our area,” Christensen said of Boise.

The home fifth turned out to be Nampa’s final at-bat in Hailey, and it was a productive, winning one. Outfielder Parx Johnston blooped a single. Nampa first baseman Zoe Apelian, the only female on the team, poked a beautifully placed hit-and-run single down the right field line.

Birthday boy Sam Svaty, the Nampa center fielder, came up with runners in scoring position and looked at three balls, fouled one off on a 3-0 green light, and then ripped the eventual game-winning two-run single down the left field line.

Next, Nampa Clutch will compete this coming weekend at the Pacific Northwest Cal Ripken Regional meet in Meridian, with a berth in the Cal Ripken World Series as the big prize.

The Nelson tourney started in 1972 as a continuation of the Wood River Valley Little League Invitational first staged Aug. 23-25, 1957, in Hailey and Ketchum. Last weekend, the 20 teams in two age divisions played 41 games and scored 767 runs over two days of hot summer ball.

Coming off their second-place finish at the Battle of Blackfoot tournament July 10, coach Brad Golub’s Wood River Mustangs 10U squad started well at the Ray Nelson and posted the best record of the four Wood River Baseball teams entered.

Leading 8-4 over West Valley 9U, the Mustangs gave up a 10-run inning and fell 14-8 despite a strong pitching stint from Jamie Nimmo. Wood River led 5-2 early over Legacy 10U from Nampa but dropped from contention 14-8.

Ray Nelson tournament directors thanked the volunteers and umpires who made the gathering a success.

Here's a look at the full game summary:

“Coach Tyson Downs came up with the idea of calling our team ‘Clutch’ when they were nine. The name was an instant hit with the kids. They’ve built a pretty good brand.”