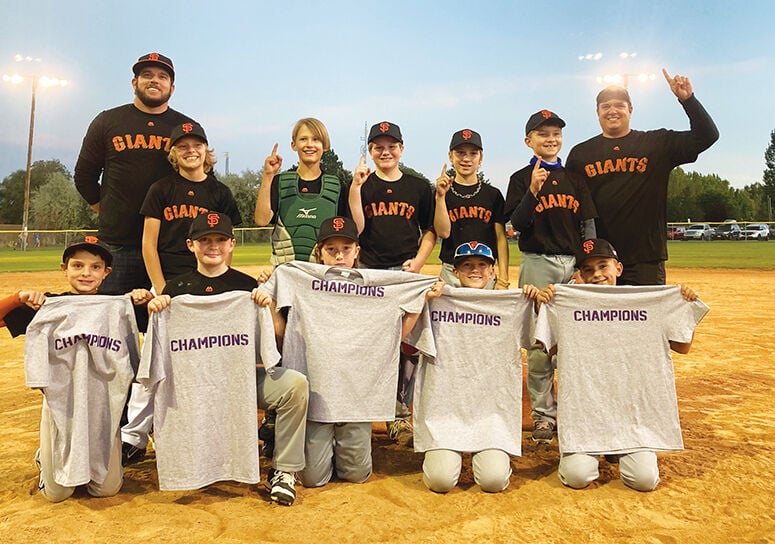 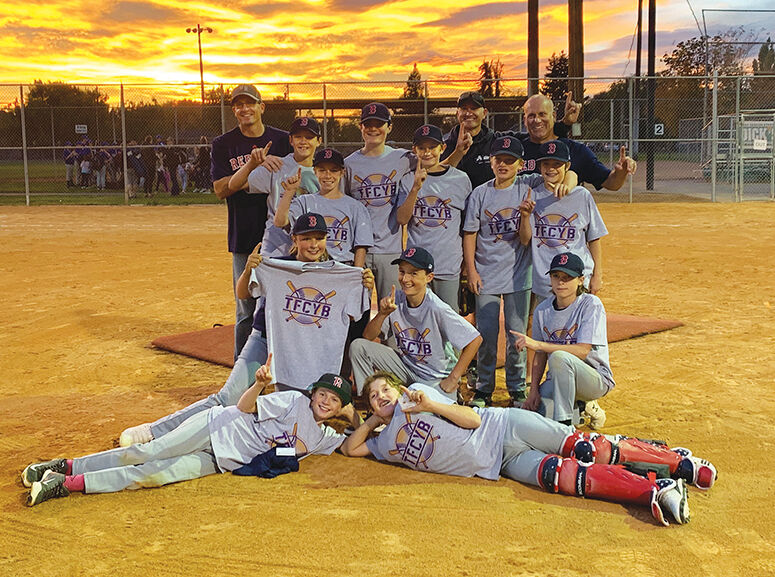 The Wood River Giants (10U) and Wood River Red Sox (12U) dominated each title game.

“It was a great way to end the season,” Wood River Red Sox head coach Mike McKenna said. “Despite the chaos of coronavirus, the kids on both our teams showed lots of heart and kept battling and staying positive all season. They deserved to be crowned champions.”

The Wood River Giants started off the celebrations as they capped off an undefeated season by going 10-0. They beat the Nationals, 9-1, on Monday, Oct. 12.

Patrick Hebert led the way in the championship game by pitching five innings without allowing an earned run for the win.

Jamie Nimmo closed out the victory, pitching a scoreless last inning. Sam McKenna, Otis Freytag, Jackson Golub and Hebert led the offense with some big hits as they broke open a close game in the fifth inning.

“It is just a special group of kids and families,” Giants Head Coach Brad Golub said. “They were really fun to coach,”

The Wood River Red Sox held off a tough Dodgers squad, 4-1, to take the Majors title. That game was on Tuesday, Oct. 13.

The Red Sox had a magical tournament run after they finished the regular season in second place.

Winston Gallegos pitched three innings without giving up an earned run for the win.

Carter Thompson tossed three scoreless innings for the save.

Will Swink, Rocket Lukkasson and Jack McKenna led the offense with big hits throughout the game.

Both teams consisted of players from the non-profit Wood River Baseball and Softball Association (WRBSA).

The All-Star squads began practicing in May with each team having over 20 members at some point during the season, which included four summer tournaments and fall league action.

The WRBSA is proud that the teams were each able to safely play over 30 games in three different states.

“We really appreciate the support of the families, the city of Hailey for allowing us to use fields for practice, our sponsors, Power Engineers, Valley Apothecary and the Twin Falls County Baseball League for allowing our kids to compete with ballplayers from throughout the region,” said McKenna, who also serves on the WRBSA board of directors. “We feel very lucky and blessed that we were able to have a season and have it end in such a positive way.”