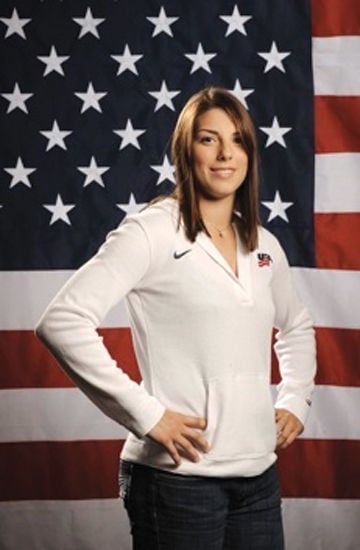 Hilary Knight, 28, of Sun Valley is looking forward to representing the U.S. for the third time during the 2018 Winter Olympic women’s ice hockey competition in South Korea this coming February. 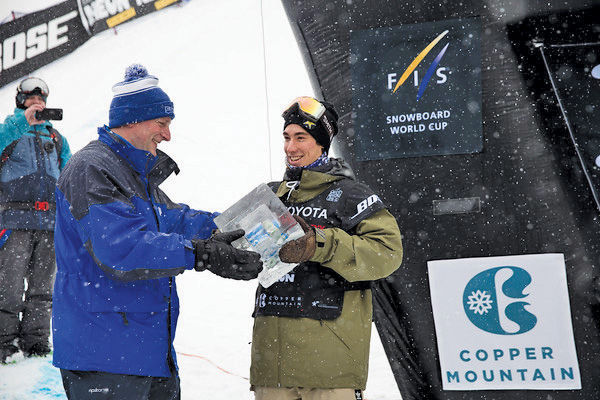 Hilary Knight, 28, of Sun Valley is looking forward to representing the U.S. for the third time during the 2018 Winter Olympic women’s ice hockey competition in South Korea this coming February.

Those in the Wood River Valley will be watching closely over the next two months to see what American athletes will qualify for the XXIII Winter Olympic Games at PyeongChang, Republic of Korea.

Sun Valley’s Hilary Knight (women’s ice hockey) and Chase Josey of Hailey (snowboard halfpipe) have the clearest chances to represent the U.S.—Knight for the third time and Josey for the first.

And reigning U.S. champion Nathan Chen, 18, a favorite in the men’s singles figure skating competition, will be cheered by his many supporters who have seen the Salt Lake City skater grow up while performing in Sun Valley on Ice.

Chen is also trying for his first Winter Olympic berth.

The 2018 Winter Games will be staged Feb. 8-23 in the Gangwon Province. PyeongChang is 80 miles east of Seoul and 60 miles south of the demilitarized zone separating North and South Korea.

For the first time at the Olympics, NBC television and its online network will provide live coverage of Winter Olympic competitions instead of taped delay broadcasts.

The Games will be broadcast on NBC, NBCSN and across NBC Universal networks. Every Olympic event will be available to stream live and on-demand on NBCOlympics.com. South Korea is 15 hours ahead of the Wood River Valley.

Here’s a look at three hopefuls:

Knight has been a vital player on the four-time defending world champions representing the U.S. But she will be seeking her first gold medal after playing on the U.S. Olympic silver-medalist team of 2014 and 2010.

Team USA’s 23-player Olympic roster will be announced about Jan. 1. The current 24-player “The Time Is Now” American pre-Olympic touring roster features 12 past Olympians, including Knight.

The Americans enter the women’s Olympic hockey tournament seeded No. 1, based on their first-place finish in the 2016 International Ice Hockey Federation (IIHF) Women’s World Ranking.

U.S. women’s teams have captured only one Olympic gold medal, in 1998 when the sport made its debut in the Winter Games.

In October, Chen earned his first gold medal in the Grand Prix Series by holding off Japanese star Yuzuru Hanyu at the 2017 Rostelecom Cup in Moscow, Russia. It was the second time in three events that Chen had defeated Hanyu.

That quest by Hanyu, now the sport’s greatest star, has been complicated by a recent ankle injury. He hurt his right ankle with an awkward landing of a four-revolution quad Lutz on Nov. 9 as part of training for the pre-Olympic NHK Trophy contest at Osaka, Japan.

Hanyu, a shoo-in to make the Japanese Olympic team even if he doesn’t compete in December’s national championships, could mend his ankle over the next two months while Chen and others like Shoma Uno of Japan gain some advantages in training and conditioning.

Meanwhile, Chen will try to defend his national title when the 2018 Prudential U.S. Figure Skating Championships are staged Dec. 29 to Jan. 7 in San Jose, Calif. The Olympic team will be finalized afterward.

Coming off a breakthrough season on the 2016-17 FIS Freestyle Ski and Snowboard World Cup tour, Hailey’s Chase Josey earned one of the highest honors in U.S. sport.

The Community School graduate was named 2017 Snowboarding Athlete of the Year by the U.S. Ski and Snowboard Association. Josey was honored with other top winter sport athletes at the Chairman’s Dinner on Thursday, May 11, during the USSA Congress at Park City, Utah.

USSA said in its announcement, “Chase Josey pushed the limits in halfpipe, landing his first World Cup win and multiple top-10 finishes. He finished just off the podium at X Games and in the Olympic test event in PyeongChang.”

Josey capped his breakthrough season with a sixth-place finish in the FIS Freestyle Ski and Snowboard World Cup halfpipe finale in South Korea, which served as a dry run for the 2018 PyeongChang Olympics.

Team USA can send a maximum 26 snowboarders to PyeongChang, based on the Olympic Quota Allocation List, which will be published Jan. 22. The objective criteria vary for each discipline, and the coaching staff can also fill quota spots based on their discretion.

The Olympic men’s snowboard halfpipe finals are Wednesday, Feb. 14, at Phoenix Snow Park, after halfpipe qualifications the day before.