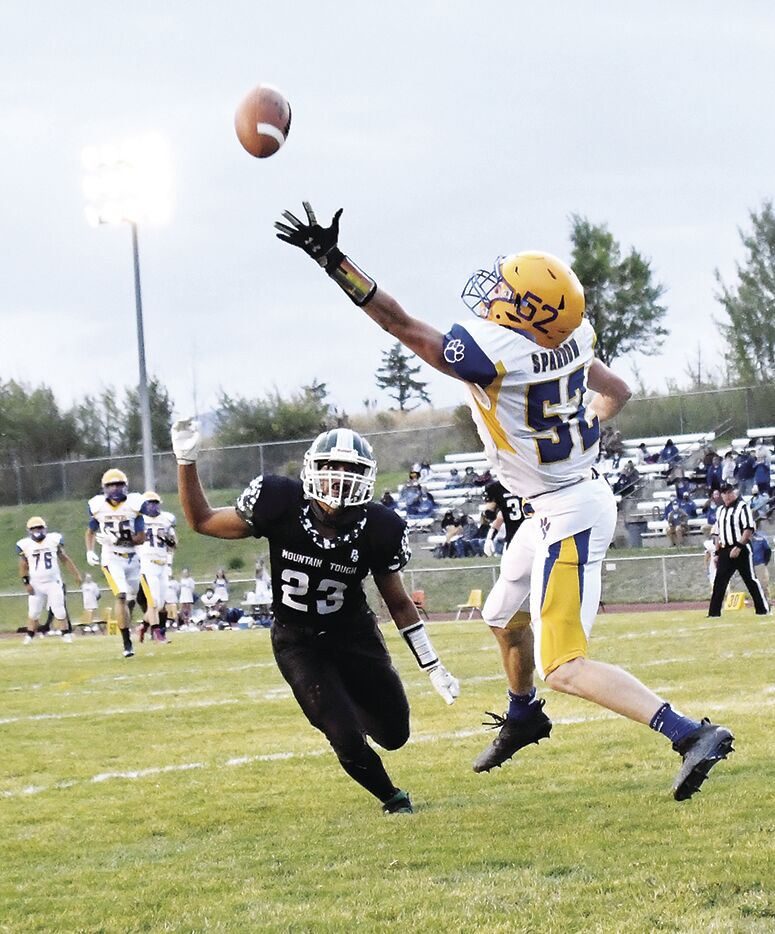 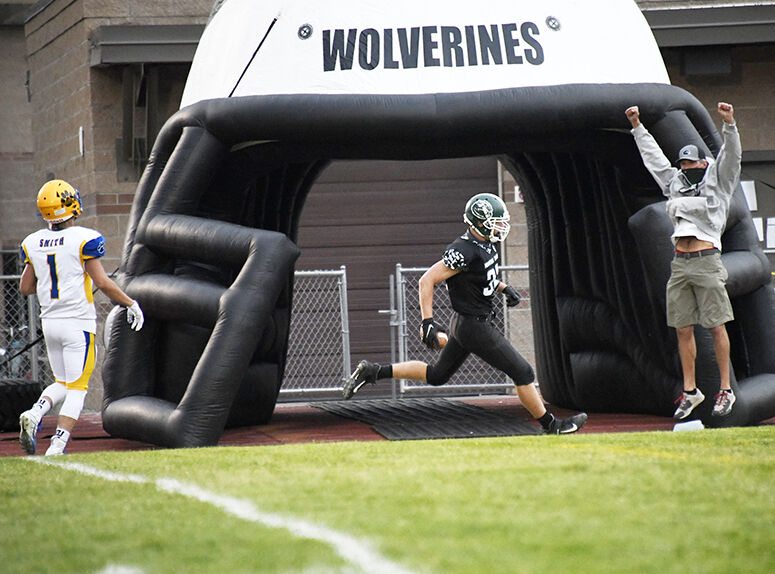 It was a night of gut pride—a big game in small America.

The black-clad Wood River Wolverines rose out of the mountains to welcome the Panthers of the South; an epic battle for the ages to treat Blaine County’s finest football fans.

In a game that had history’s name all over it—and a true test for the Carey Panthers—Phil Homer Stadium in Hailey was jam-packed Friday night despite the social distancing of the COVID-19 pandemic.

The “COVID Cup,” as it will surely be known, saw the Idaho High School Activities Association 8-man Panthers outlast the 11-man Wolverines in a 40-16 contest.

The score, however, didn’t indicate how close this game actually was.

Wood River (0-3, 0-2 4A Great Basin-West Conference) opened formation in a wing-T offense and bruised Carey’s defense from the get-go.

Wood River’s first series featured junior Casey Erickson, who rushed for 39 yards on four carries and scored on a 24-yard scamper for the game’s first touchdown.

Erickson went on to run for 85 yards on 13 carries plus nine tackles on defense.

“We looked good in the first half,” Carden said.

In a game that had no kickoffs or punts, Carey began its ensuing possession on its own 25-yard line and drove down on the arm of senior Hunter Smith, who finished the night with 168 yards on 8-for-12 passing.

Smith found sophomore Conner Simpson for an 18-yard score, and after failing the two-point conversion, Wood River held an 8-6 lead.

Wood River’s momentum continued on the ground, and the Wolverines marched right back down the field.

The Wolverines popped off three first downs and looked like they were about to continue their energy, but a holding penalty pushed Wood River back to a first-and-20 on Carey’s 40-yard line.

That penalty ultimately hurt their drive because Wood River later fumbled their snap and Carey recovered.

The Panthers would go onto score when Smith found Simpson once again for a 30-yard touchdown pass. Carey then held a 12-8 lead.

“Our defense really did a great job adapting to the offensive sets used,” Carey head coach Lane Kirkland said. “We settled in and figured out our assignments very fast.”

Smith hooked up with senior Dallin Parke for a 6-yard score to put Carey in the driver’s seat.

Carey then caused Wood River to turn the ball over on downs, and Smith eventually found Ashton Sparrow for a 35-yard touchdown.

In all, Carey rattled off 20 points within four minutes of play in the second quarter, and the Panthers found themselves up 26-8.

Between the holding call, the botched snap and the interception, Wood River was backed into a corner very quickly.

With a sizeable lead, Carey played typical Panther football and confused Wood River with crisp passes on offense and timely stops on defense.

“We weren’t sure how this was going to go with their deep roster, big players and seasoned staff,” Kirkland said. “Credit to our kids, who I thought really rose to the challenge physically and mentally.”

The game wasn’t short of controversy, however.

On Sparrow’s 35-yard touchdown catch, the senior tight end was called for an unsportsmanlike penalty when he did a backflip in the end zone after the score. The cavalier act didn’t look good for the usually humble Carey football team, and Sparrow was nearly ejected, but was allowed back due to a technicality of rules.

Regardless, hairs were split and Wood River’s defense was fumed.

The second half saw the Wolverines play a more smash-mouth-style defense and held Carey’s offense in check in the third quarter.

“I told my kids this is a championship team that puts up 70 points a game,” Carden said. “Our defensive staff put together a great plan. Carey has some good athletes, but we just didn’t execute very well.”

With time of the essence, Parke added another touchdown for Carey.

Wood River managed to score, but it was too little too late as senior Matt Meyers scored on a 4-yard run.

With the reserves in, Carey scored a late touchdown from Ellis Jensen.

It was an impressive win for Carey, whose seniors are now 38-2 for their career.

Carey had 417 yards of total offense while Wood River had 264.

Both teams had 16 first downs. On third-down conversions, Carey was 6-for-7 while Wood River went 5-for-10.

*This story has been updated to reflect correct senior status for Wood River players, incorrect information was initially provided to the Express.

You wrote this piece like there was even a contest. Obviously the game didn't come down to three plays that didn't go WR way, the total yardage points to that. What this game came down to was attitude, Carey KNOWS how to win, they prepare to win and they expect to win. They take what talent they have and add hard work and preparation. This is the way.