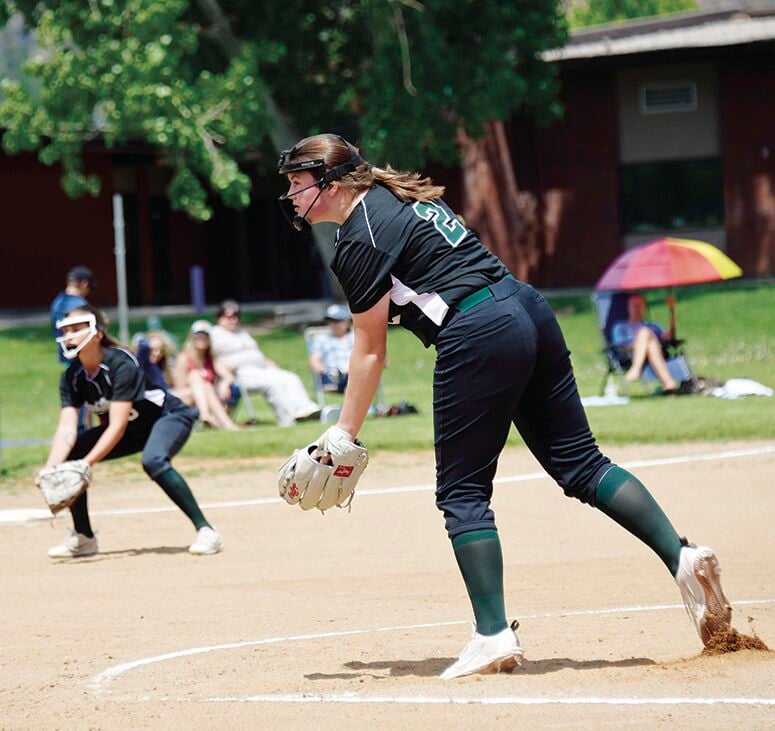 The Wood River softball team, seen here in 2019, lost nearly their whole 2020 season to the lockdown caused by COVID-19. Now they are finally getting back on the field. 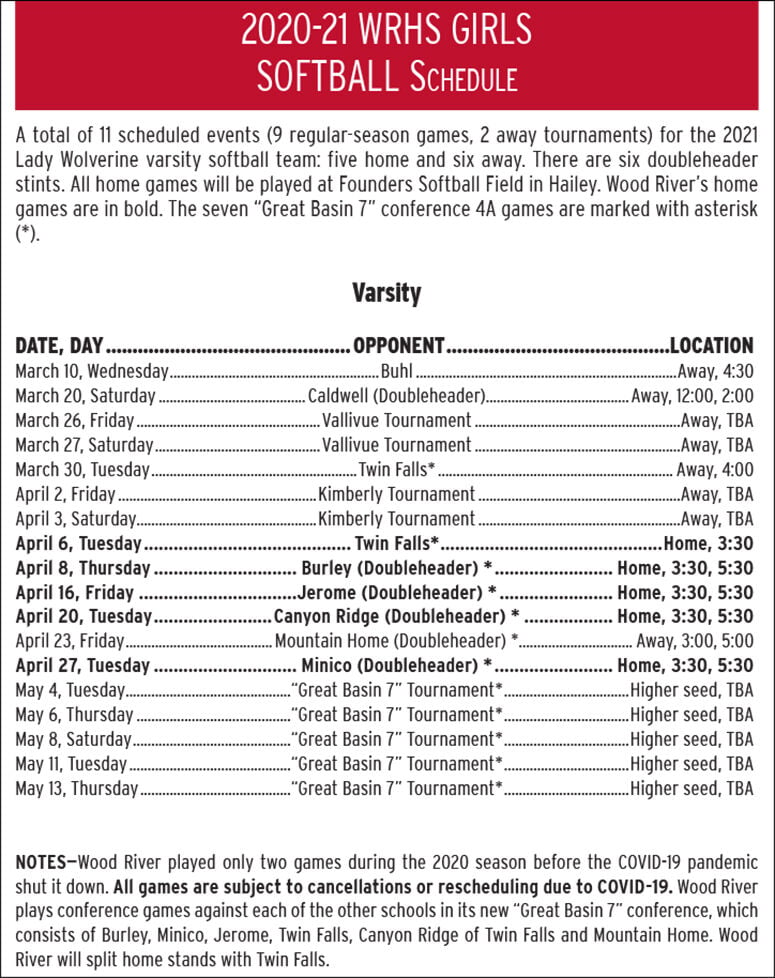 The Wood River High School varsity softball team is eyeing 2021 as a rebound year with high hopes of a deep postseason run, having lost nearly the entire 2020 season to COVID-19.

The early season, however, got off to a rocky start. The Lady Wolverines opened the season on Wednesday, March 10, on the road against Buhl, losing, 10-0.

Junior Caroline Seaward got the start for WRHS (0-1) as she pitched four innings and gave up three hits, two runs and only one earned run. She also struck out two Buhl batters.

Sophomore Jette Ward came in relief in the fifth inning and struggled at first, walking the first three batters she faced. Buhl also took advantage of two errors from the WRHS defense that led to five runs.

However, after Ward settled down, she showed great promise.

“I’m proud of how these girls played,” WRHS head coach Matt Nelson said. “There were some bright moments.”

Nelson is in only his second year as head coach, though he didn’t have much of a first year at all. His team only played two games in 2020, losing both to Kimberly, before the shutdown.

On top of that, snowy conditions have kept WRHS from field practices this year. But, Nelson said his team has a clear desire to win. Many of his players joined in year-round club teams to keep in softball shape.

This year’s roster is full of a mix of sophomores, juniors and seniors.

“Our biggest strength is attitude,” Nelson said. “Our girls want to go out and compete every day. It’s been a different feel this year.”

With no stats to go on from 2020, Nelson’s team is full of prospect rather than proof.

With 12 upperclassmen, the Lady Wolverines will have to compete with each other for playing time.

Seaward has impressed Nelson so far this preseason. Along with Seaward, Jette Ward will see a lot of time on the mound.

“[Seaward] is looking really good on the mound, she has a changeup that is working really well,” Nelson said. “She’ll be able to get a lot of outs.”

As for Ward, her speed will be an asset for WRHS. She will split time between pitching and playing the field, where her speed will make a big difference.

“If we get [Ward] on the bases, she’s going to be dangerous,” Nelson said.

There is also a steady mix of talent in the sophomore class: Gretchen Atienza, Kacie Flolo, Bella Hadam and Jette Ward.

As the season gets underway, Nelson said his main job was getting his team ready to play regardless of the environment, whether there’s snow on the field or COVID-19 concerns.

With a tough Great Basin 7 Conference, Nelson also added that he likes his team’s chances of going deep into the postseason.

“We’re going to be a tough team to beat,” Nelson said. “If we go out and play our game, I don’t see a lot of teams that can beat us.”

WRHS is then back at it on Saturday, March 20, when the Lady Wolverines travel to Caldwell for a doubleheader.

“Our girls want to go out and compete every day.”