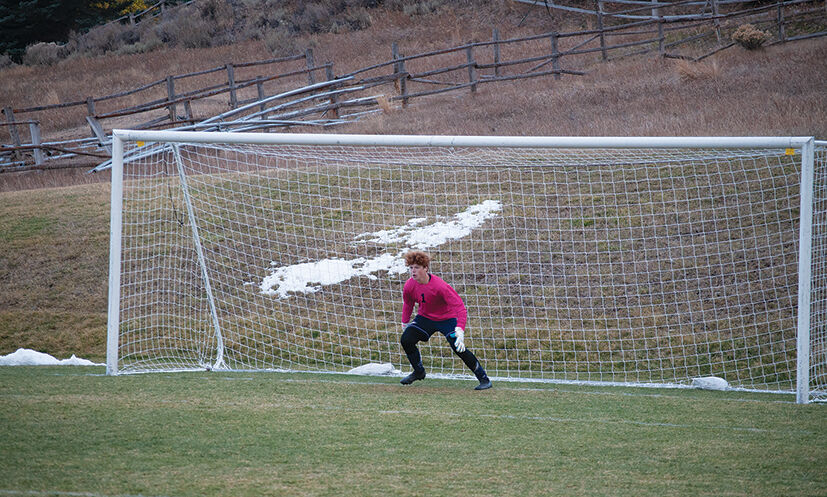 Sun Valley junior goalkeeper Blake Currey was the X-factor as he totaled six total saves during the game, but none was more important when he led the Cutthroats to a victory in a 4-3 penalty kick decider. 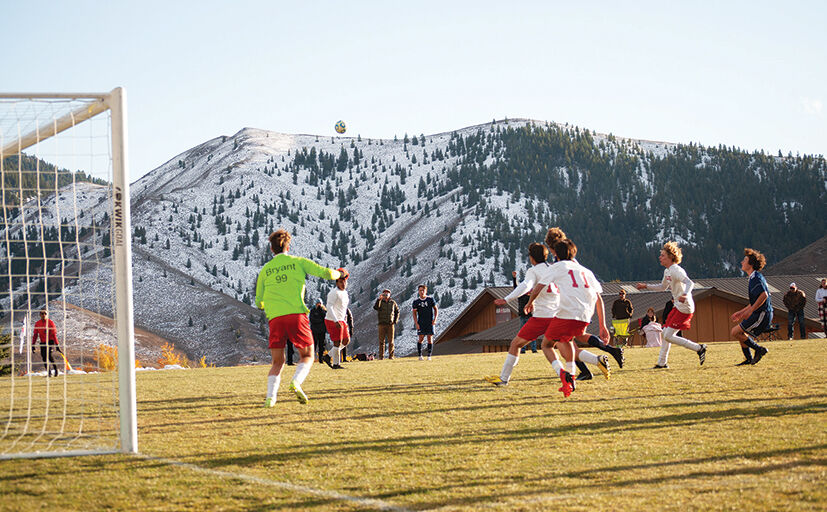 In a tight contest between Sun Valley Community School and Kimberly, the game was decided in penalty kicks after two overtimes couldn’t lend a winner.

And when that wasn’t enough, the game gave those fans at Browning Field at Sagewillow Athletic Center in Sun Valley a thrilling penalty kick shootout that saw Cutthroat goalkeeper Blake Currey get carried off the field in triumph. Currey was undoubtedly the Man of the Match by leading the Cutthroats to a  penalty-kick victory by a 4-3 margin.

“Nothing was going through my mind," the junior steel curtain said after the game. "I was trying to keep my composure and I dove right and guessed correctly, and it worked."

After referees blew the regulation whistle, the game stood tied at 1-1. After two overtimes, the game then went into penalty kicks where junior Nils Galloway, sophomore Walker Pate, senior Carter Sammis and sophomore Campbell Spoor all knocked in goals in clutch fashion.

"I had everyone behind me. It was a great feeling.”

The vibrant redhead denied Kimberly’s Jackson Fisher on the Bulldog’s first try to instantly give the Cutthroats the advantage. Brian Rodriguez, Marlon Rodriguez and Tegan Newlan then scored for Kimberly giving the Bulldogs a chance at the major upset.

In the biggest save of the year, Currey was faced up against Kimberly’s own goalie, Kade Bryant, in a goalkeeper showdown. Bryant—who had nine saves in the game—fired the ball to Currey’s right but was denied. The match was over, and the entire Cutthroat squad then stormed the field and gleefully tackled Currey, showering him with praise and adoration. Then the Cutthroat faithful followed, lifting Currey and carrying him off the field.

“[Kimberly] is a competitive team,” he said. “The last time we played them it was close. Today, going into overtime, it was 1-1, so that was a bit scary. But, going into penalty kicks, I had everyone behind me. It was a great feeling.”

The first goal of the game came from Galloway, who scored on a laser shot that skimmed the ground and got past Bryant in the 41st minute. The game then went into halftime with Sun Valley up, 1-0.

Kimberly’s defense stiffened up and wouldn’t allow Sun Valley to gain any more of an advantage despite the onslaught of offense from the Cutthroats. Sun Valley led in shots on goal, 16-7. Sun Valley also led in corners, 8-4.

The game was looking as if SVCS was about to take another championship in regulation, but in the 75th minute, Fisher received a pass from Newlan for a breakaway play that pitted Fisher against Currey.

With a one-on-one opportunity, Fisher fired off a shot that ricocheted off Currey’s hands and the ball popped up in the air. After the shot, both Fisher and Currey collided, and the ball then crossed the goal line for Kimberly’s score.

With Galloway’s goal, the junior forward leads the team with 12 goals on the season. Pate has seven goals and Spoor has six.

For Head Coach Richard Whitelaw, he has led his team to 17 overall district championships and four in a row.

Now, SVCS is heading back to the Idaho High School Activities Association 3A boys soccer state tournament. The Cutthroats (16-1-2) will be eyeing their fourth consecutive title. Last season, SVCS beat Weiser in the championship, 2-0.

“[Being district champions] feels great,” Currey added. “Honestly, we deserve it. We’ve been playing well all season. I appreciate everyone here especially Richie. That is what got us here. Going into state with power and we’re going in strong.”

The six-seeded Kimberly Bulldogs (5-8-2) still have a chance to make it to state. The Bulldogs will have a match against No. 5 Filer (4-6-1) on Saturday for an at-large berth into the tournament.

The IHSAA boys state tournament (Oct. 21-23) begins Thursday at Vallivue High School in Caldwell. The IHSAA championship game will be Saturday. Currently, SVCS ranks first in the state according to Max Preps, which will seed the tournament.

“It feels like the whole season was a warmup to this moment,” Feldman said. “We had so many challenges this year between injuries, the smoke, and then losing twice to Kimberly, so it makes the win that much sweeter.”

“It feels like the whole season was a warmup to this moment.”

Feldman’s Players of the Game award went to Viesturs and Minor for their performance.

“We’re excited that the team seems to peak at the right moment, and we have high hopes for the state tournament,” Feldman added.

The IHSAA girls state tournament (Oct. 21-23) begins Thursday at Vallivue High School in Caldwell. The IHSAA championship game will be Saturday. Currently, SVCS ranks eighth in the state according to Max Preps, which will seed the tournament.