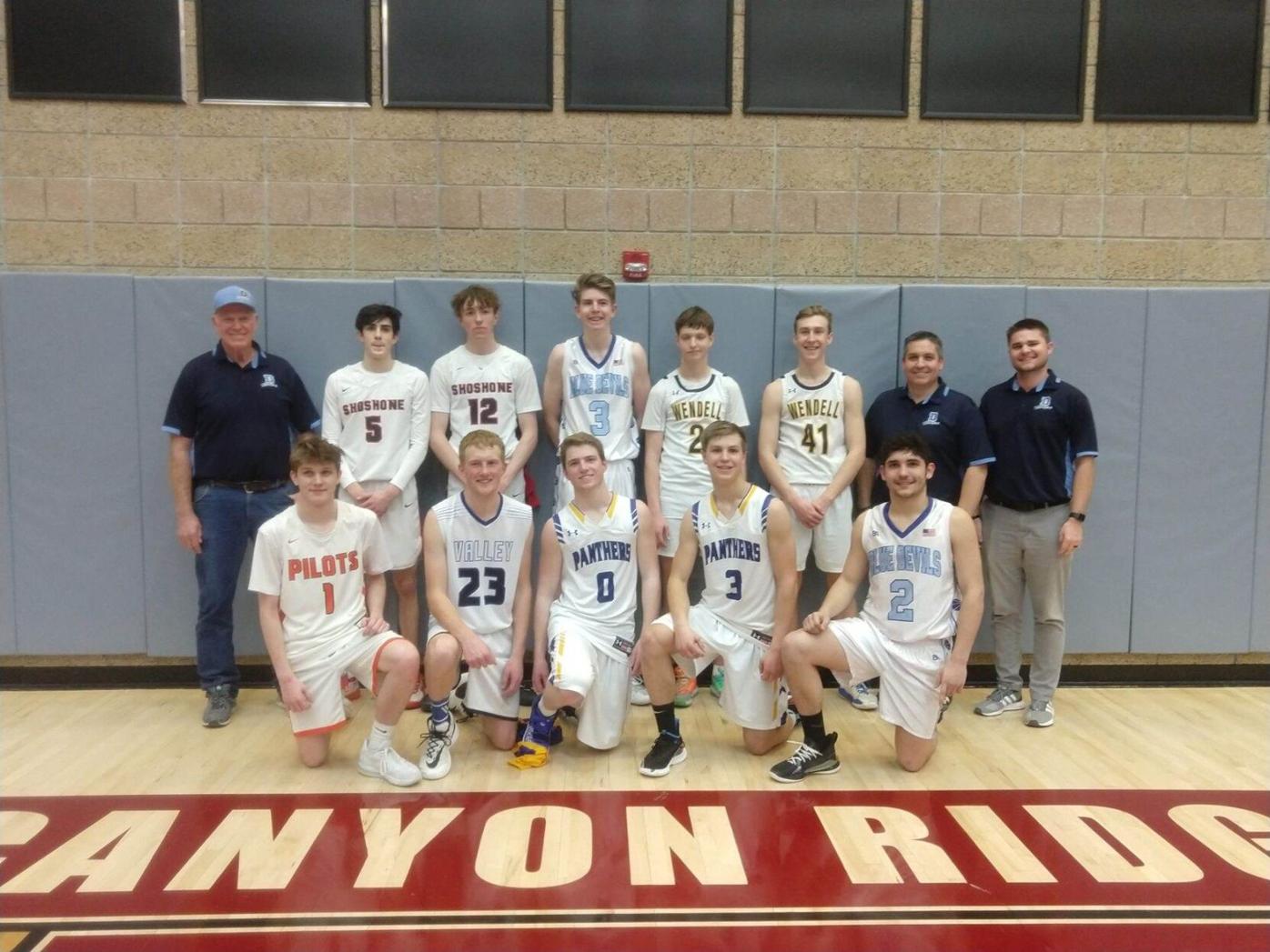 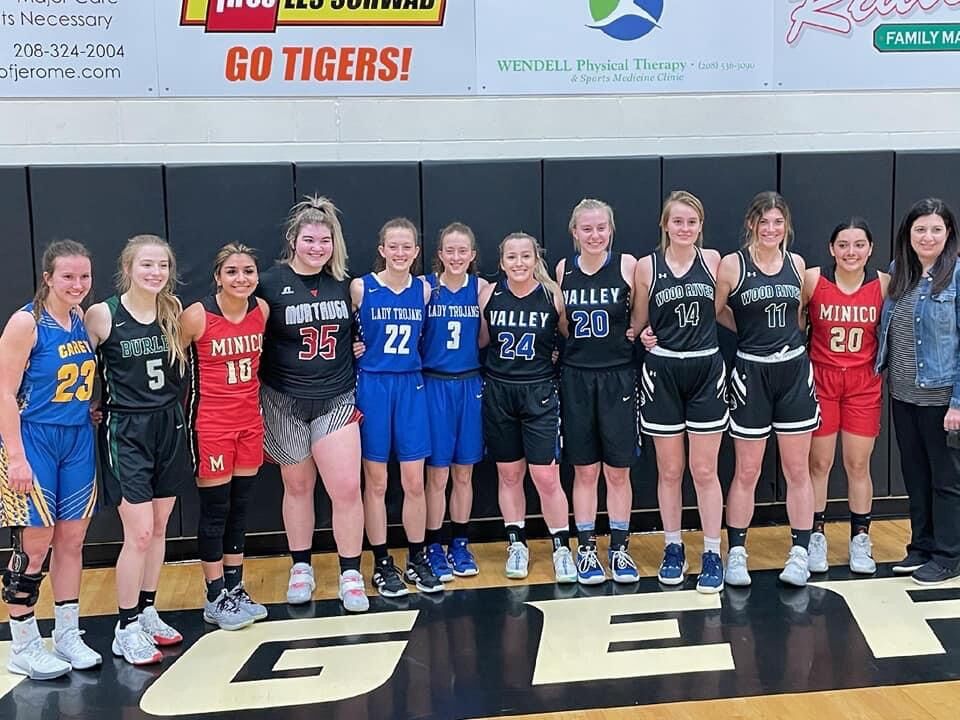 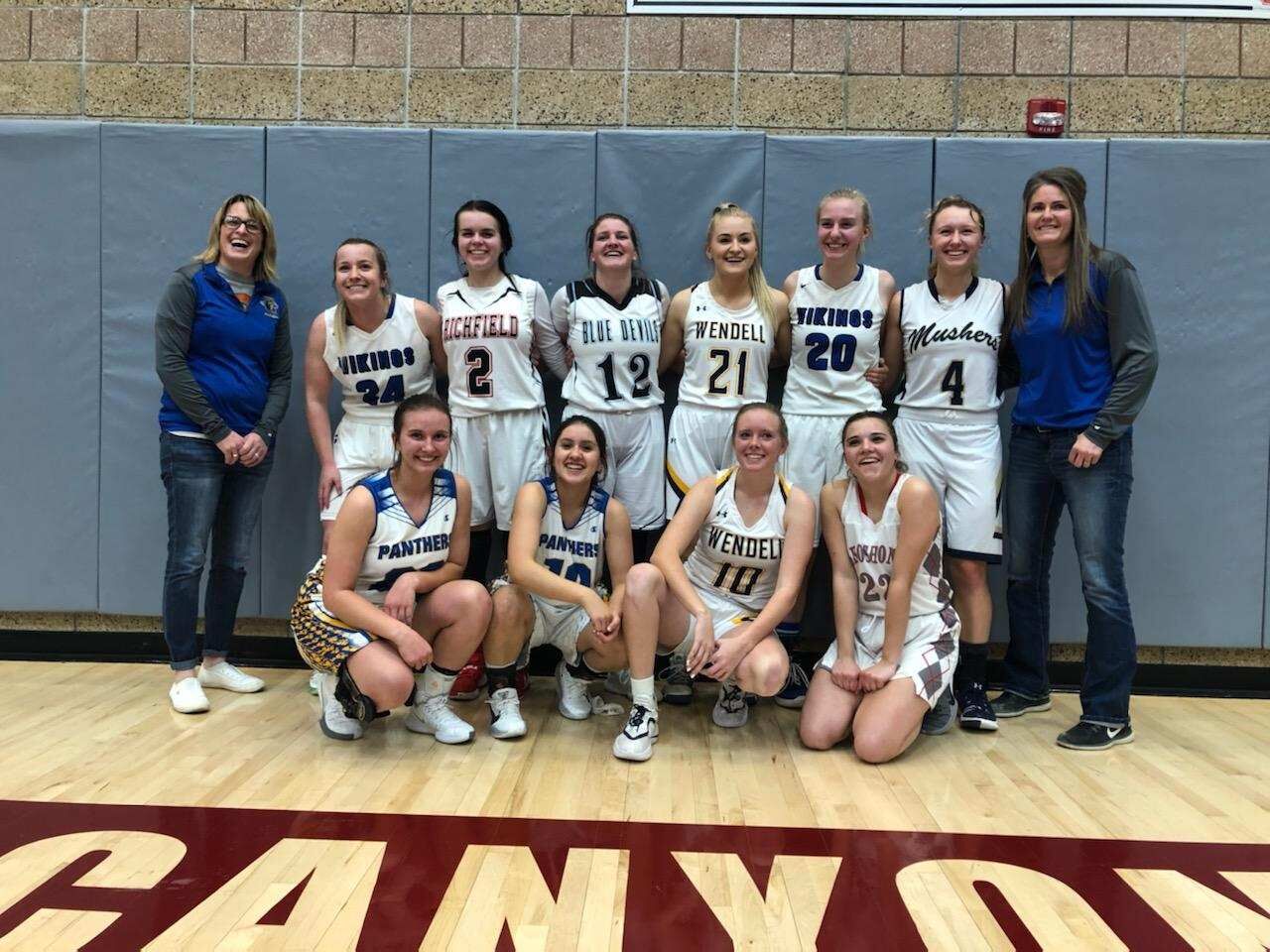 Carey senior Hunter Smith led the North over the South with 20 points and the 86-76 win in the boys 1A/2A All-Star Game at Canyon Ridge Tuesday, March 9.

Wendell’s Zane Kelsey and Joe Demasters had 13 points each.

For the South Team, Declo’s Sam Nebeker had 17 points.

Carey was well-represented in this one. Senior Kylie Wood led the all scorers with 14 points. Carey coach Merrilee Sears led the North Team and Lizbeth Ruiz was also selected.

The boys and girls District 4 All-Star Game was played on Wednesday, March 10, at Jerome High School.

This All-Star festival featured players from the Magic Valley, including players from 1ADI, 1ADII, 2A, 3A and 4A.

In the girls’ game, Lighthouse Christian’s Kynlee Thornton led the West over the East, 70-48.

Wood again showed her offensive prowess as she poured in 11 points for the East.

West is best in boys game

In the boys’ game, the West Team had four players in double-figures to beat the East, 87-81.

For the East, Nebeker from Declo finished with 20 points and Dietrich’s Brady Power had 15.