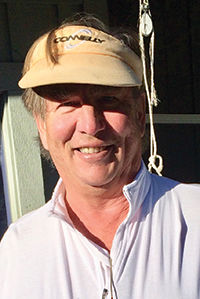 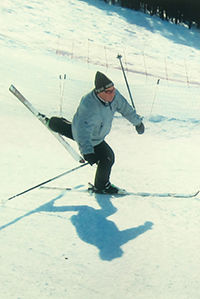 Wiley grew up in Seattle, and attended Franklin High School. He started making beautiful wood water skis in his garage in 1965. He eventually quit his day job and opened the still successful shop in South Park, in Seattle, that his son Darren now owns. Wiley was the heart and soul of Wiley’s Water Skis—a Seattle institution since 1965.

As one of the first water ski manufacturers, Wiley helped to make Seattle a thriving center of hand-crafted skis. He mentored many budding entrepreneurs through his business, and employed hundreds of young water ski enthusiasts over the years. He donated many of his vast water and snow ski collection to various museums, and numerous others are still on display at the Wiley’s Ski Shop.

Wiley was a passionate snow skier, and enjoyed singing and yodeling, and had a wealth of inappropriate jokes. In his early years he was a ski instructor at Steven’s Pass with Audett Ski School, where he made lifelong friends in the Skykomish ski community.

In summers, he could be seen driving around Seattle in his ’68 Cadillac convertible, often with his beloved granddaughter, Quinn, who even had the honor of driving it!

Later Wiley bought a home in Ketchum, where he skied Bald Mountain every winter, and was a proud member of the Ancient Skiers.

He also spent several months a year thawing out in Kihei on Maui.

Wiley will be missed.  He was a wonderful, stubborn, ridiculously funny and generous man!

Wiley is survived by his wife, Fran; son Darren (Kristin); granddaughter, Quinn; and his brother, Roger. He was preceded in death by his son Brian.

Wiley’s family suggests that in lieu of flowers, memorials be made in his name to Seattle Cancer Care Alliance, 825 Eastlake Ave. E., Seattle, WA 98109.

Please share a memory, a photo and light a candle at woodriverchapel.com.