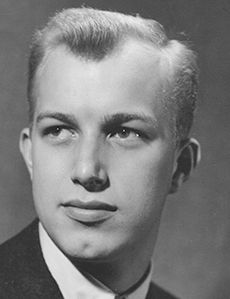 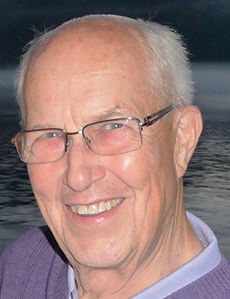 Seattle and beyond feel a loss. Leigh Whitfield Rabel passed peacefully at the age of 86 due to natural causes. A man to be admired, Leigh was born in Seattle to parents Irvine B. Rabel and Hope Turner Rabel. Their values, guidance and love provided the foundation for a life well-lived.

Throughout his life, Leigh forged many friendships. He had a love for the outdoors as well as music, and possessed a good sense of humor. After graduating from Garfield High School, he attended the University of Washington. He was a proud member of the Phi Delta Theta fraternity and a loyal UW Huskies fan. His close-knit class remains connected to this day.

Having completed ROTC at UW, Leigh was commissioned into the Navy, graduated with a degree in business and married long-standing girlfriend Aleda Agnew. This all transpired within one week in June 1955. Leigh and Aleda then shared two memorable years living in Japan, where he served as a supply officer at the Yokosuka naval base. Upon completing active duty, he continued in the reserves for six more years.

Returning stateside, Leigh rejoined the family business, Star Machinery, which was founded in 1900. After working as a salesman, accountant and treasurer, he became president of Star Machinery in 1971. As the machinery distribution climate changed, Star Machinery concluded its operations to focus on growing the rental business. Throughout his career, Leigh stressed the importance of retaining earnings and a strong balance sheet. He had a special gift for accounting. As an owner and board member of Star Industries, Leigh continued to go to the office almost every day. He was proud of Star Rentals’ achievements, which now operates 18 rental stores in Washington and Oregon with 250 employees.

Leigh was an active member in many community organizations. He joined Seattle Rotary and maintained a perfect weekly attendance well into his 70s. As a young president, Leigh was invited to join the Pacific Northwest Chapter of the Young Presidents Organization (YPO), an association of young business leaders. He remained active in the YPO Alumni and served as chairman of the group from 1988-1989. He sat on several boards, such as The Camp Fire Association, the Washington Athletic Club and Crystal Mountain Inc. In addition, Leigh supported many charities and foundations, one favorite being the Sun Valley Jazz Festival. Philanthropy was important to him.

Leigh was passionate about his seasonal outdoor activities; boating, sailing and skiing made him thrive. He was an accomplished skier and instructor at Crystal Mountain, where he taught his young daughters to ski. His favorite destination was Sun Valley, where he enjoyed sharing his daily vertical accumulation with others. Leigh skied up to the age of 82.

After 20 years of marriage, Leigh and Aleda parted ways. He transitioned through this change and met Louise Luck through mutual friends on a blind date. They married in February 1984, and remained happily married for 33 years. As Leigh decreased his daily work obligations, they split time with family in Seattle and friends in Sun Valley. They enjoyed traveling: taking cruises, trips to the Calgary Stampede and sailing in the San Juan Islands. Leigh loved telling stories and jokes; he would always greet you with a big smile on his face.

We will all miss his welcoming smile and spirit. Leigh is survived by his daughters, Heather (David) Niemi, Laurel (Todd) Rabel-Waltier and Alison (Tom) Walsh; Lori Luck, and son Sheldon (Laura) Luck; his grandchildren Savannah, Sierra, Ian, Samantha, Taylor and Andrew; and his brothers, John (Heidi) Rabel and Bill (Wendy) Rabel. He was preceded in death by his wife, Louise Rabel, and grandson Brenton Burkhart.

Leigh’s family wishes to thank the nurses and staff at Mirabella, the staff at Swedish Hospital, and Dr. Kitchell, his longtime physician.

A celebration of life will be held at a later date with a printed notice. Remembrances can be made to the Leigh and Louise Foundation at the Seattle Foundation, 1601 Fifth Ave. Suite 1900, Seattle, WA 98101.