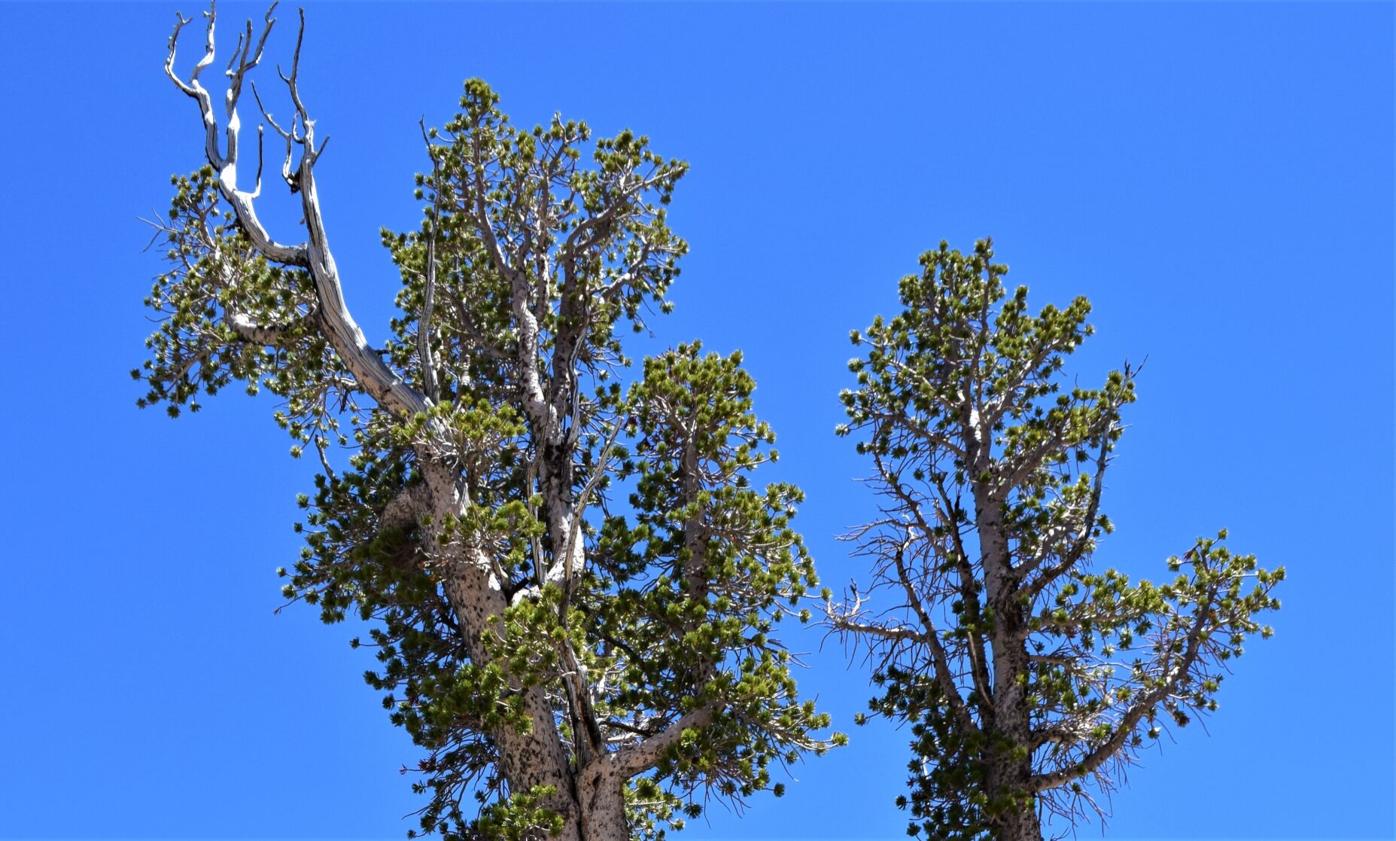 Whitebark pines have adapted to harsh conditions and heavy snow in the Rocky Mountains. 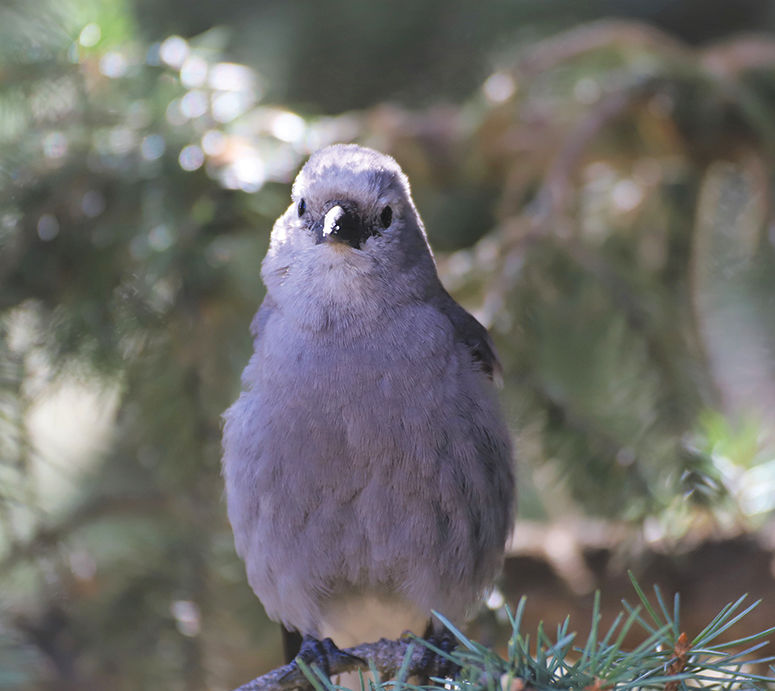 A Clark’s nutcracker sits atop a branch in Warm Springs.

The U.S. Fish and Wildlife Service officially designated the whitebark pine as a threatened species under the Endangered Species Act last Wednesday, acknowledging the tree’s rapid decline due to white pine blister rust, a non-native fungus.

The new federal protections make it illegal to remove, possess, or damage the tree on federal lands, carry it across state lines, or otherwise import or export the tree. Seeds can also be only collected from federal lands for tribal ceremonial or traditional use.

“We applaud the decision by the USFWS to list whitebark pine as threatened,” Whitebark Pine Ecosystem Foundation Director David Neale stated on Dec. 14. “It also brings much-needed attention to the plight of this remarkable tree and builds further public support for the challenging restoration work ahead.”

Unlike other pines, whitebarks grow their needles in bunches of five and have gnarled gray trunks that resemble driftwood. They’re also revered for their longevity. Some whitebark pines in the Sawtooths and Boulder-White Cloud Mountains are thought to be over 1,000 years old, among the oldest in the world, according to Deb Taylor, botanist-in-residence at the Sawtooth National Forest.

The trees are late bloomers, only producing their first cone crops at 50 to 70 years old. But according to the Fish and Wildlife Service, blister rust—an airborne fungus imported from Eurasia in the early part of the 20th century—is killing whitebark trees before they reach maturity. The rust is a prolific killer, causing infected pines to develop cankers and peeling bark and drop their needles as their water supply is shut off.

Taylor said she has seen the fungus on the rise in the Sawtooths “since the early 2000s.”

“We’re seeing it on Galena, in the upper Little Wood, and we’re starting to see it in the White Clouds. It’s really about the last 10 years that it’s gotten worse,” she said. “There is no cure. We can take the infected branches off, but that’s not a guarantee, because there are alternate hosts—ribes—in that area.”

The result of these stressors: more than half of whitebark pine trees in the United States are dead. Forest Service researchers Sara Goeking and Deborah Izlar made that finding in 2018 using data collected from 1,400 sites across the Rockies.

Protections may support other animals

Along with being prized food source for grizzles in the Greater Yellowstone ecosystem, whitebark pine seeds are the primary food source for the Clark’s nutcracker—an alpine corvid that looks like a cross between a nutcracker and crow.

With its long bill, the bird will drill into the cones produced by whitebark pines, extracting fatty seeds and stashing up to 100 of them under their tongue for later burial. This is important, Taylor said, because whitebark cones do not automatically open when the seeds are ripe. In other words, the trees 100% depend on Clark’s nutcrackers for their own regeneration. And, the nutcrackers tend to forget hundreds of seeds, generating new seedlings.

A single nutcracker can hide over 100,000 whitebark pine seeds per year, said Taza Schaming, a researcher at the Cornell Lab of Ornithology who has dedicated over a decade of her career to studying the Clark’s nutcracker in the longest-ever study in the U.S.

Schaming has also hypothesized that reduced sightings of nutcrackers are directly correlated with the loss of the whitebark pine.

“The listing ensures more support for new and ongoing research and conservation efforts for both whitebark pine and Clark's nutcrackers,” she said. “There is still so much we don't know about nutcracker population stability and behavior.

”Whitebark pine and Clark's nutcrackers are deeply intertwined,” she added, “and, although humans can help protect and restore whitebark pine habitats, the recovery of the tree ultimately depends on the nutcracker continuing to disperse its seeds.”

While the whitebark pine became a candidate species for the Endangered Species Act in 2011, various nonprofits, such as the Montana-based Great Bear Foundation, have petitioned the federal government to list the tree since at least 1991.

Taylor said last week’s official listing required years of research. First, the Fish and Wildlife Service had to complete an assessment in October 2018 documenting the continued high mortality rate of the trees. Then, the agency opened a two-month-long public comment period at the end of 2020.

“[Whitebark pines] were kind of put on the back-burner because there were so many other species to consider, and the listing process just takes a long time,” she said.

“We had about 30 awesome volunteers who spent about 10 hours in July helping us cache these seeds throughout the ridge, mimicking the behavior of Clark’s nutcrackers,” Southard said. “Why that was really unique was that those seeds actually came from the area, so the genetic makeup is local.”

Taylor, who led the Railroad Ridge effort, said the volunteers cached the seeds in microsites—”either under a piece of wood or rock”—so the seedlings would be protected from the elements.

“The hope is that those can grow up in perfect whitebark pine habitat,” Southard said. “We’ve marked all the plots and will return. Really, time will tell how they do.”

“I think there probably will be more opportunity for funding with the listing—a recovery plan,” she said.