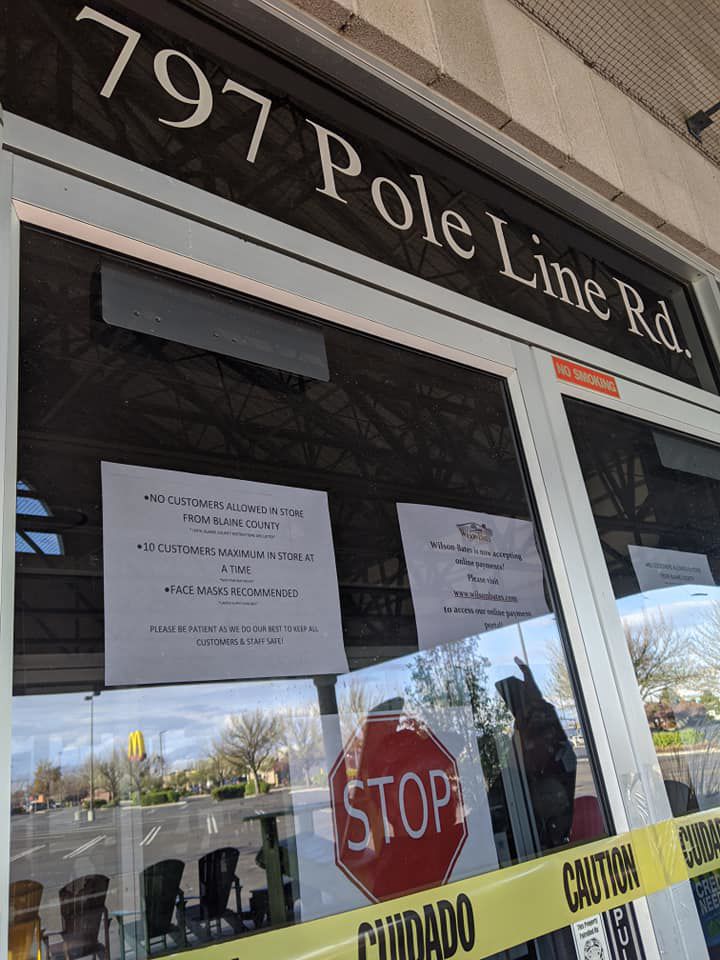 A sign posted at the Twin Falls store in mid-April inadvertently led to a major controversy. 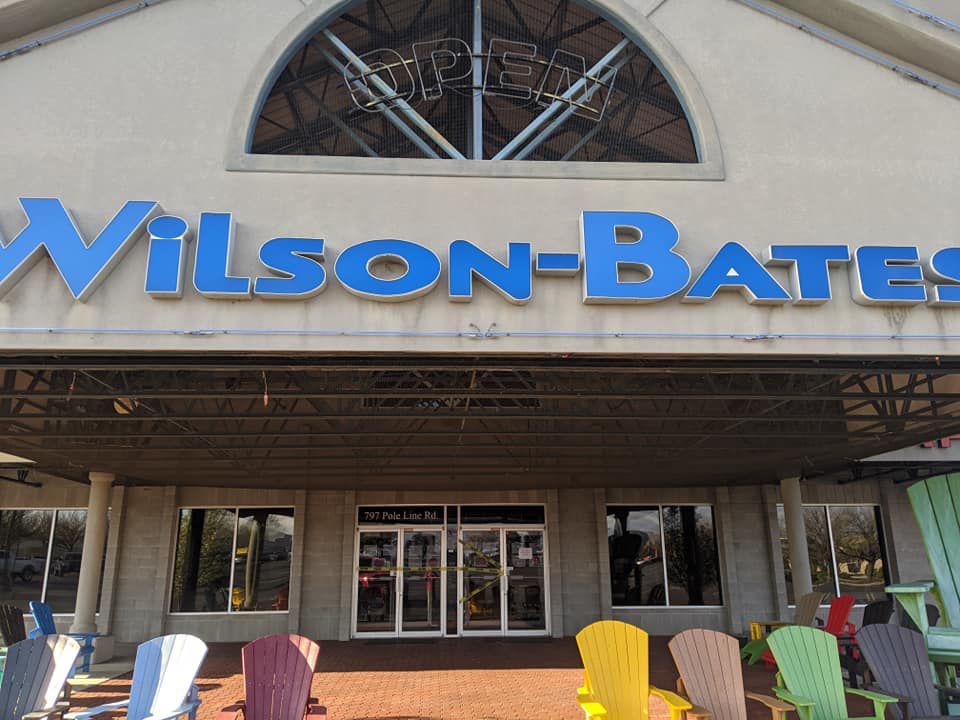 A sign posted at the Twin Falls store in mid-April inadvertently led to a major controversy.

The co-owner of a Twin Falls furniture store says a Facebook post that went viral last week claiming the retailer had banned Blaine County shoppers due to COVID-19—and, subsequently, spurring hundreds of angry comments and phone calls—was “a big misunderstanding.”

Photos of a sign outside the Wilson-Bates Superstore were quickly circulated in Blaine County Facebook groups and on private pages, with some encouraging others to leave negative online reviews for the store. The sign visibly read “No customers allowed in store from Blaine County,” followed by a line of smaller writing that’s unreadable in the photo.

Had that smaller line of writing been visible in the picture—or had those who saw the post called the store themselves to verify the policy—the family-owned furniture store may have been spared from some of the backlash, third-generation co-owner Rick White believes.

“The people online chose to jump on that first statement and go haywire, which I understand,” White told the Idaho Mountain Express. “It was just a big misunderstanding and a lack of insight on our part.”

The signs outlining store safety protocol were first printed around April 15, according to White, while local ordinances were still in place in the Wood River Valley banning Blaine residents from traveling outside of the county for non-essential reasons. Those ordinances were implemented in late March and early April; at the time, Blaine County had the highest rate of confirmed COVID-19 cases in the state and one of the highest rates in the country.

The smaller line of writing on the sign clarified that the restrictions on Blaine County customers would only be in place until the local ordinances in the Wood River Valley were lifted and travel could resume, White said. (The Idaho Mountain Express was unable to independently verify what the sign said, as it has been taken down.)

After the ordinances expired on April 20, the store didn’t reprint new safety protocol signs right away.

“We were kind of thinking we were covered because the sign did say [the restrictions would only be in place] until the travel ban was lifted,” White said. “But I should have taken those signs down and reprinted them. Because on Thursday [April 23], someone decided to take pictures, and then it went viral.”

It was at that point, White says, that “the storm hit.” The store received more than 300 negative comments online, he said, as well as a flurry of angry phone calls from Blaine County residents.

“Being a third-generation owner, this hits me hard,” White said. “When I see anybody saying anything negative about our company, it hurts.”

Nearly 40 newly-posted negative reviews on the store’s Facebook page—roughly half of the total reviews for the business—mention the Blaine County sign, with many describing the sign as a form of “discrimination.”

“The people of Twin Falls have no problem coming here for skiing and recreation, owning rental and recreation condos in 5B, etc.,” one Facebook review said. “How do you think we ended up in the COVID situation we were in? People like all of you that like to use our community for your entrainment [sic] bringing it in and spreading it!”

Another user wrote that the sign “openly discriminated against” her “because I live in a county that has had a high number of cases of COVID-19,” adding: “They did not have a sign on their door, however, for people from other cities, counties, states or countries that have even higher rates of COVID-19.”

“Discrimination is never okay!” wrote another user. “Change the words Blaine County to Black, Hispanic, Jew, Gay, Old, Foreigners, or Christian!! Now how does it make you feel??”

The store responded to several comments to apologize and clarify that the restrictions were no longer in place and had been lifted when the local ordinances in Blaine County expired. Still, some Facebook users said they saw the temporary ban as unfairly discriminating against people in the Wood River Valley.

Blaine County customers are not restricted from shopping at the store, White emphasized to the Mountain Express, and have not been restricted since the local Wood River Valley ordinances were lifted on April 20. In an interview Wednesday, White said he wanted to apologize to Blaine County residents for not reprinting the signs sooner to make that clearer.

“The people online chose to jump on that first statement and go haywire.”

Assuming we want to shop at their tacky big-box store. Lol, how cute.

last I heard your Democrat friends were bad mouthing you for supporting another hotel in ketchum. I find Liberal comprehension capability low; debate capability and consistent knowledge nil

Can you blame them? How is furniture shopping an essential need? Dog ate your sofa?

Welp we needed to buy a freezer. My husband tried to pay over the phone & pick it up the next day. Our address is Bellevue & the dude said nope, my bosd says we're not doing business with anyone from Blaine County. So theres that!

I don't blame Wilson Bates. Blame County has been flying the virus in and out for months with no restrictions.

Ha ha yup !!! Wilson Bates you hit the nail in the head ⛑

Maybe the paper could update the Infochart. The last update was 4/18. If they have time to write this stupid story you could update the chart and let us know what the virus in currently doing in Blaine County. If you don't want to be the paper anymore just let some else do it, no big deal just go away !

"Google is your Friend" Try it sometime. [smile]

“No customers allowed in store from Blaine County,” A misunderstanding??? If I walked up to a store and I read that in big bold letters it would seem to be pretty clear what their intentions were.