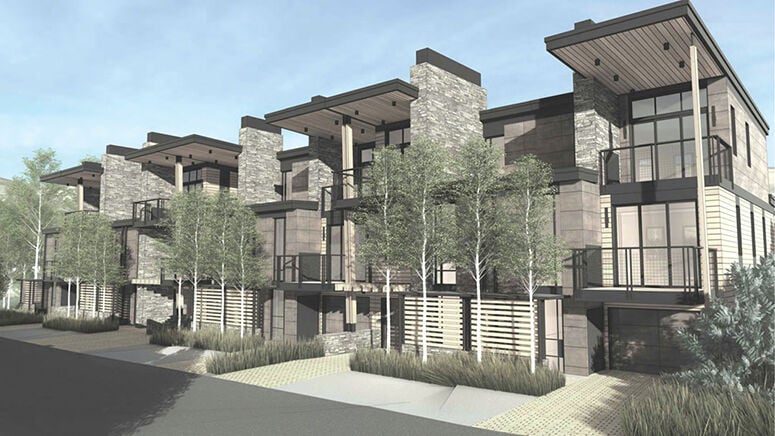 This architectural rendering shows the proposed design of the Sunshine Townhomes development, planned for the “Sunshine Parcel” along Village Way in Sun Valley. 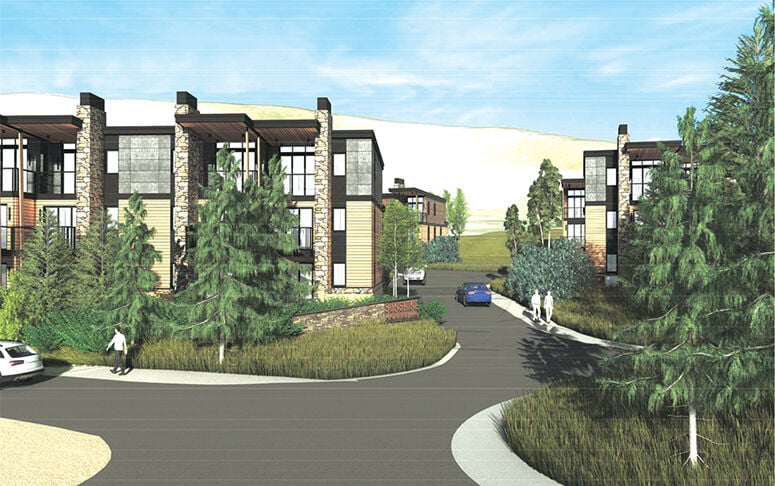 This architectural rendering shows the proposed design of the Sunshine Townhomes development, planned for the “Sunshine Parcel” along Village Way in Sun Valley.

Council members voted 4-0 to grant approval to Texas-based Timberline Real Estate Partners for a preliminary plat to build 49 units in three phases on the site, in a development called Sunshine Townhomes. Previous plans called for 51 units but were scaled back.

The approval effectively gives the developer the green light from the city to move forward with the project. The Sun Valley Planning & Zoning Commission has already granted design-review approval to proceed with the 25-unit first phase of the plan. However, the project must still be approved by the Architectural Design Committee of the Sun Valley Elkhorn Association, the master homeowners’ association for the Elkhorn area of Sun Valley. The committee is scheduled to review the project today, Jan. 13.

Numerous public comments were submitted in writing to the city this fall, with objections ranging from density and concerns about traffic to noise and the obstruction of views.

Neighboring property owner Anne Pullen objected to the project in a Jan. 5 letter to the City Council.

“I hope the Sun Valley City Council will not put their stamp of approval on this project, and that, instead, you will uphold the values and the beauty of Elkhorn that its residents hold dear,” Pullen wrote. “Forty-nine townhouses are not appropriate for that property.”

However, City Council members agreed the project is appropriate for the site.

The site is bordered by Village Way, Indian Springs Lane and Angani Way, adjacent to the Indian Springs and Sunburst condominium complexes. The parcel was downzoned earlier this year from Commercial Center zoning to Multiple-Family Residential, through an application by the landowner. The rezone reduced the allowable density on the site to 14 units per acre, allowing a potential 66 units with maximum heights of 44 feet.

The planned first phase calls for developing 19 two-bedroom units, five three-bedroom units and one four-bedroom unit—as well as utilities, infrastructure, landscaping and internal roadways—in six buildings on the southern side of the sloping site, with maximum heights reaching 31 feet. Vehicular access to units built in the first phase would be from a roundabout on the southeast side of the property, where Village Way enters the Elkhorn Springs development.

The developer will need to submit and gain approval of the city P&Z for design plans for the second and third phases.

Previous plans called for 51 units but were scaled back.