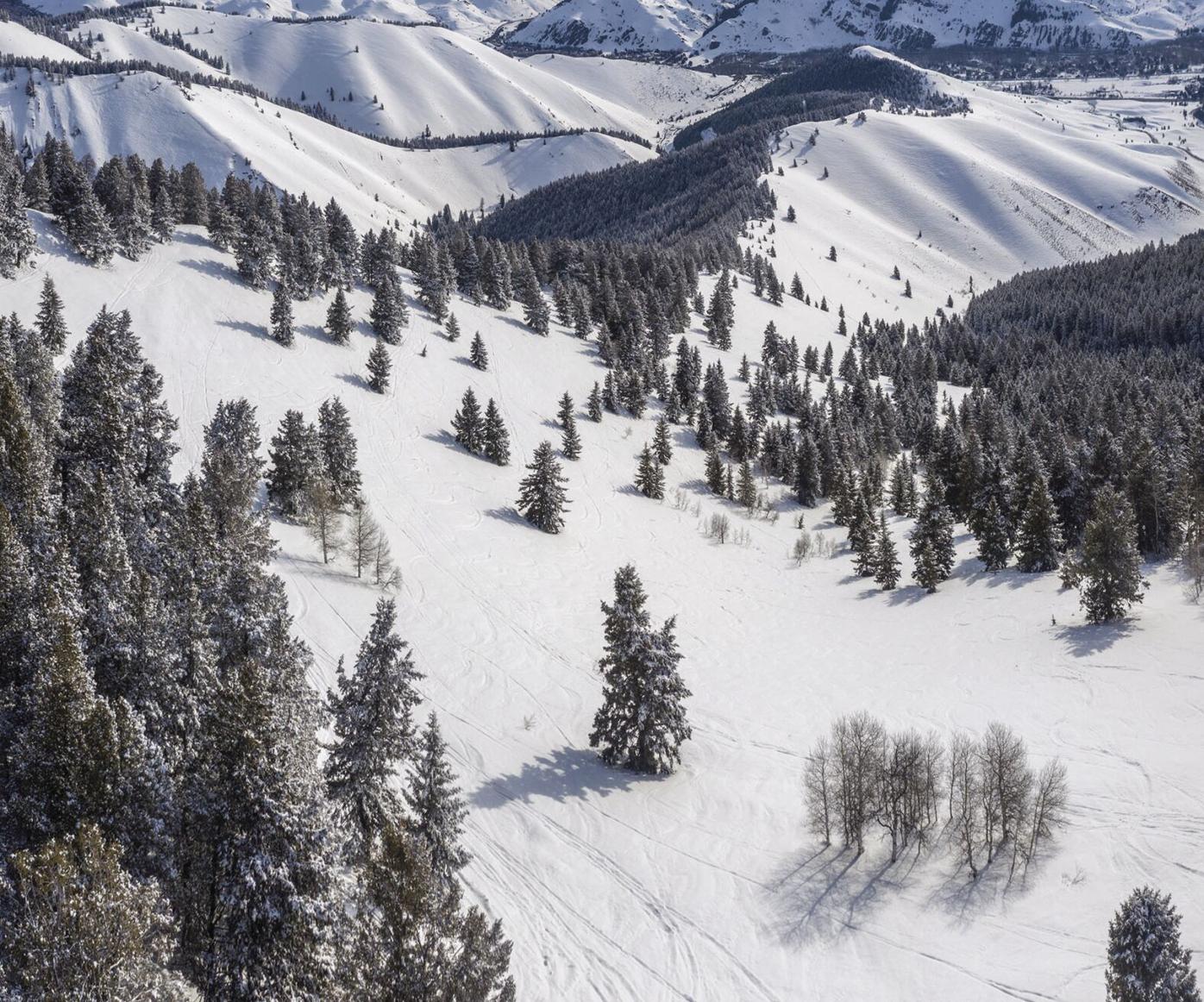 The resort’s 380-acre expansion into the Cold Springs drainage, called the “Sunrise” area, is scheduled to open this winter. 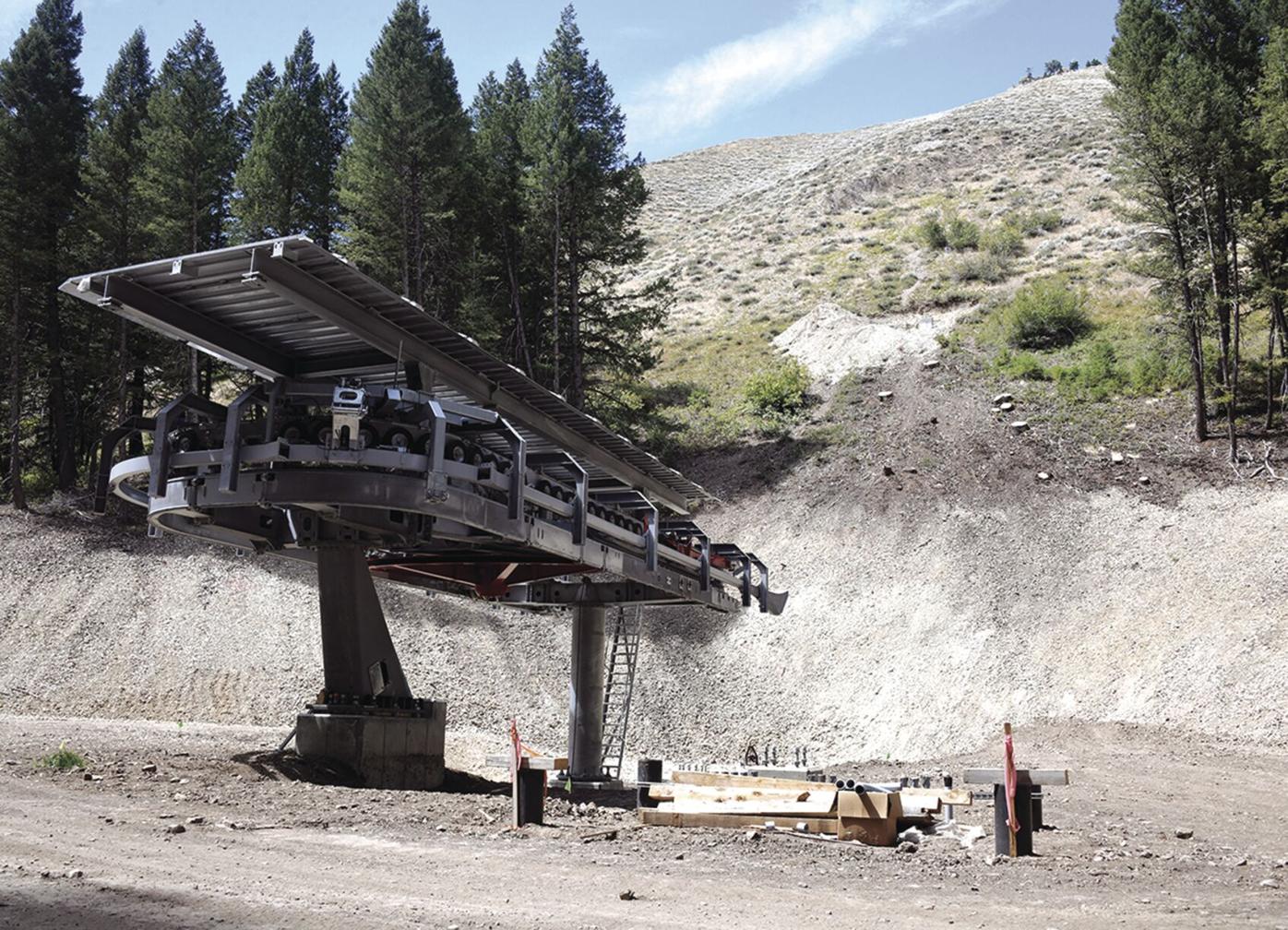 Crews installed Sun Valley’s newest quad, which will be named “Broadway,” over the summer.

As it enters its 85th winter season of serving up snow-clad mountain memories, Sun Valley Resort has reached the pinnacle in an annual ranking of ski resorts in North America.

Sun Valley has been named the top ski resort in the West for 2021 in SKI magazine’s annual “Reader Resort Survey,” which asks magazine readers to rate North America’s ski resorts based on categories that include snow conditions, nightlife, dining, service, grooming and terrain. The Colorado-based magazine has been counting down to the top position on its website, with the ranking of a new resort published each day. It separates resorts in the East and West.

This is the first time Sun Valley has earned the No. 1 ranking in the SKI magazine Resort Guide, after earning numerous top-10 rankings over the last two decades, including No. 2 honors last year, in 2017 and 2015.

“We are honored to receive this award and I think it is a tribute to the great leadership team at the resort,” said Tim Silva, the resort’s president and general manager. “It is also a testament to the entire community, and the collective efforts to provide the Sun Valley experience, and we share this award with you.”

The comprehensive rankings based on the annual reader survey—the longest-running rankings in the industry, Sun Valley noted in a news release—are used by many skiers and fellow travelers to assess which ski resorts in the East and West best fit their preferences. The survey for the 2021 Resort Guide was conducted this year.

According to results in specific categories, Sun Valley earns high grades for experiences both on and off its two ski mountains.

Deer Valley Resort, in Utah, was ranked the No. 2 ski resort in the West, while Whitefish Mountain Resort, in Montana, took the No. 3 spot. The No. 4 and No. 5 rankings went to Taos Ski Valley, in New Mexico, and Aspen Snowmass, in Colorado, respectively. Last year, Aspen Snowmass bested Sun Valley by one spot to take top honors in the rankings.

“Sun Valley has a rich and storied history, but it was its most recent investments and innovations that helped land its first-ever win as top ski resort in North America,” the Sun Valley Resort news release states.

Those investments and innovations include a terrain expansion of more than 380 acres of expert terrain—featuring chutes, glades and bowls, to be called Sunrise—at Sun Valley’s signature ski area, Bald Mountain. The new terrain is scheduled to open this winter. The resort has also installed a new high-speed quad chairlift to serve the area, named Broadway, which has replaced the oldest operating lift on Bald Mountain, the Cold Springs two-person chair.

Sun Valley offers skiers and snowboarders more than 3,400 vertical feet and more than 2,000 acres of skiable terrain, which will increase to almost 2,500 acres with the Bald Mountain expansion. Baldy—as it is known by locals—has 12 chairlifts, including the new high-speed Broadway quad, and more than 65 runs. The family-oriented and beginner-friendly Dollar Mountain—a short distance to the east of Baldy—has two high-speed quads, a full-featured terrain park with 76 rails, and the Accelerator and the Silver Dollar carpet lifts for skiers first learning the sport.

“Coming off the longest ‘off-season’ the resort has ever seen, guests and staff are excited for a safe and enjoyable 20/21 winter season, with numerous health and safety measures in place,” the news release states.

“We are honored to receive this award, and I think it is a tribute to the great leadership team at the resort.”

Hey. All you haters. MOVE! Simple solution. I’ll bask in superb economic growth, continued affordable housing and less slack, lining OUR pockets. Get real. Get over it or get out. Times change. Go bury your head somewhere else. Go back “ to how it used to be" I'll take the cash. Thanks.

All about you eh ? Got it. Typical self centered newby !

Apparently, the CV-19 flights will continue, along with the many CV-19 private flights. And Blame County 'leaders' are great with this. $$ reign. Isn't this contrary to the democrat position? Explain District 26 Reps and Senators.

These surveys are always a joke and never should be taken seriously. The only thing SV is number one in, is obnoxious and entitled jerks moving here from Seattle and the Bay Area.

They have sucked the soul out of our valley and have ruined it forever. Just look at Main St in Ketchum and all the ugly oversized homes and condos. Nicely done trust funders.

You want it, you got it. COVID CENTRAL.

Exactly what we Don’t need during a pandemic , does it mention in the article we’re still in stage III lockdown?

Nope . There is no real news about their reality. Get those reservations booked !

It will always be Turkey bowl. Stop renaming areas that you never ski . Lame !

Just what we need . More marketing !

You have to love it when every time an article talks about Sun Valley they show a picture of of skiers skiing waist deep powder in the out of bounds "The Burn." (not in the picture in this paper today but in the article posted online.)

Just what we needed this season...

Yes I agree. We have a great mountain here and tons of outdoor activities. Our family can't wait to take advantage of the changing season.