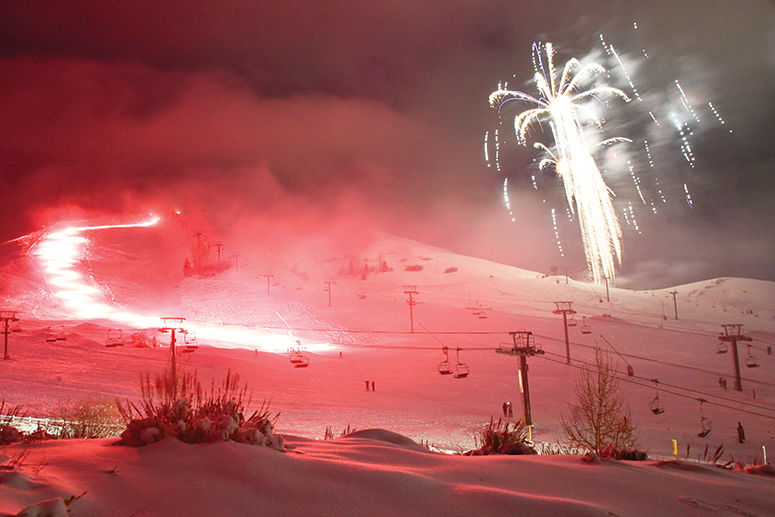 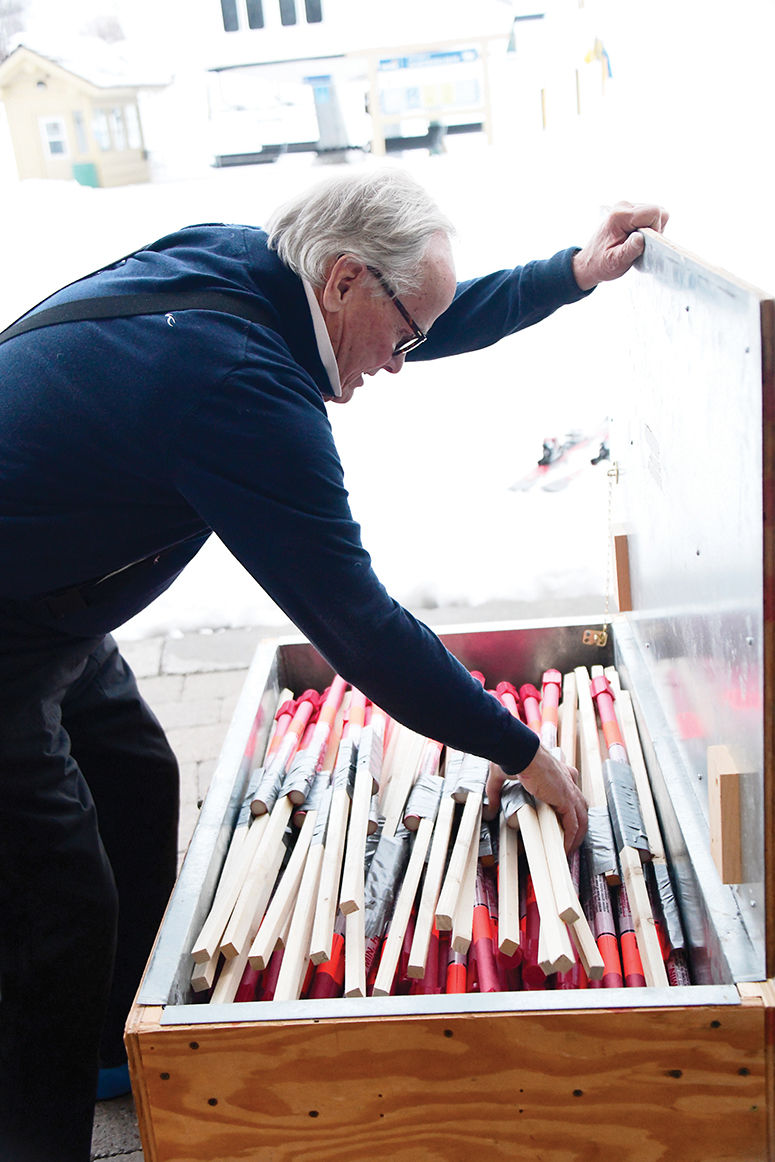 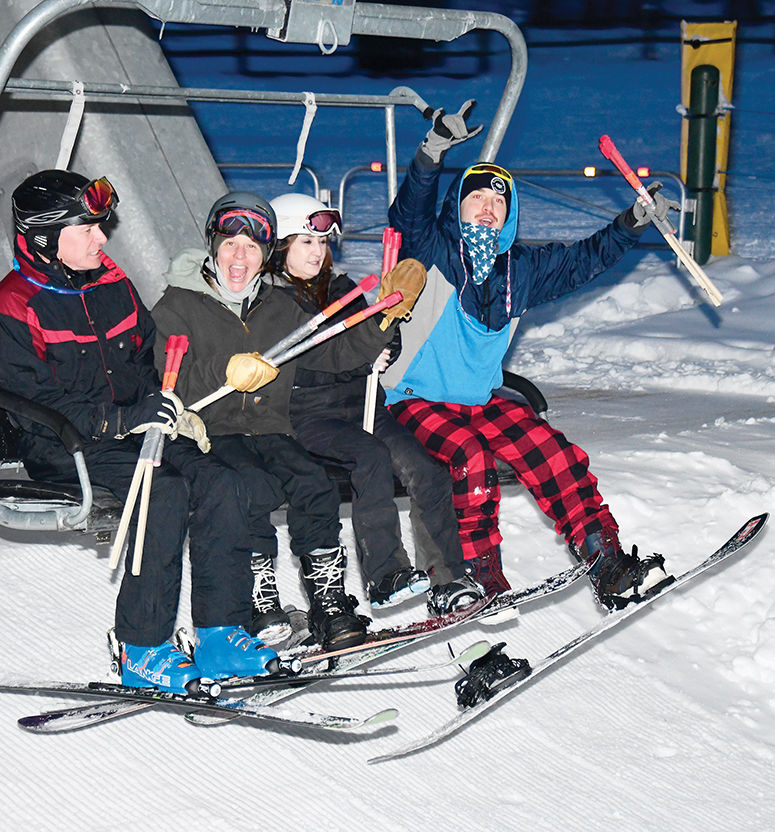 In 1937, a group of Austrian ski instructors held the first Torchlight Parade in Sun Valley. The tradition has been taken up by many other resorts, including Vail, Jackson Hole, Squaw Valley and Taos.

The torchlight tradition goes back a long way in Europe and may have origins in pre-Christian bonfire celebrations lit to ward off darkness and signal the coming of spring. Band concerts and torchlight parades followed successful ascents of major peaks in the Alps.

The sight of hundreds of skiers carving illuminated arcs down the slope became a Sun Valley holiday staple that today accompanies fireworks, ice shows and parties.

Ski instructors have always formed the core of the event, carrying glowing torch flares that illuminate the snow in red light. For many years the torchlight procession was held on Baldy, moving to Dollar Mountain in recent years.

Sun Valley’s Torchlight Parades have been dedicated to longtime instructors like Andy and Alice Schernthanner and Bill Butterfield. It has been led by Hollywood stars like Arnold Schwarzenegger.

In center photo, Ski and Snowboard School Director Tony Parkhill pulls out the flares for distribution to parade participants.

Do you agree with the president’s response to protests following the death of George Floyd?