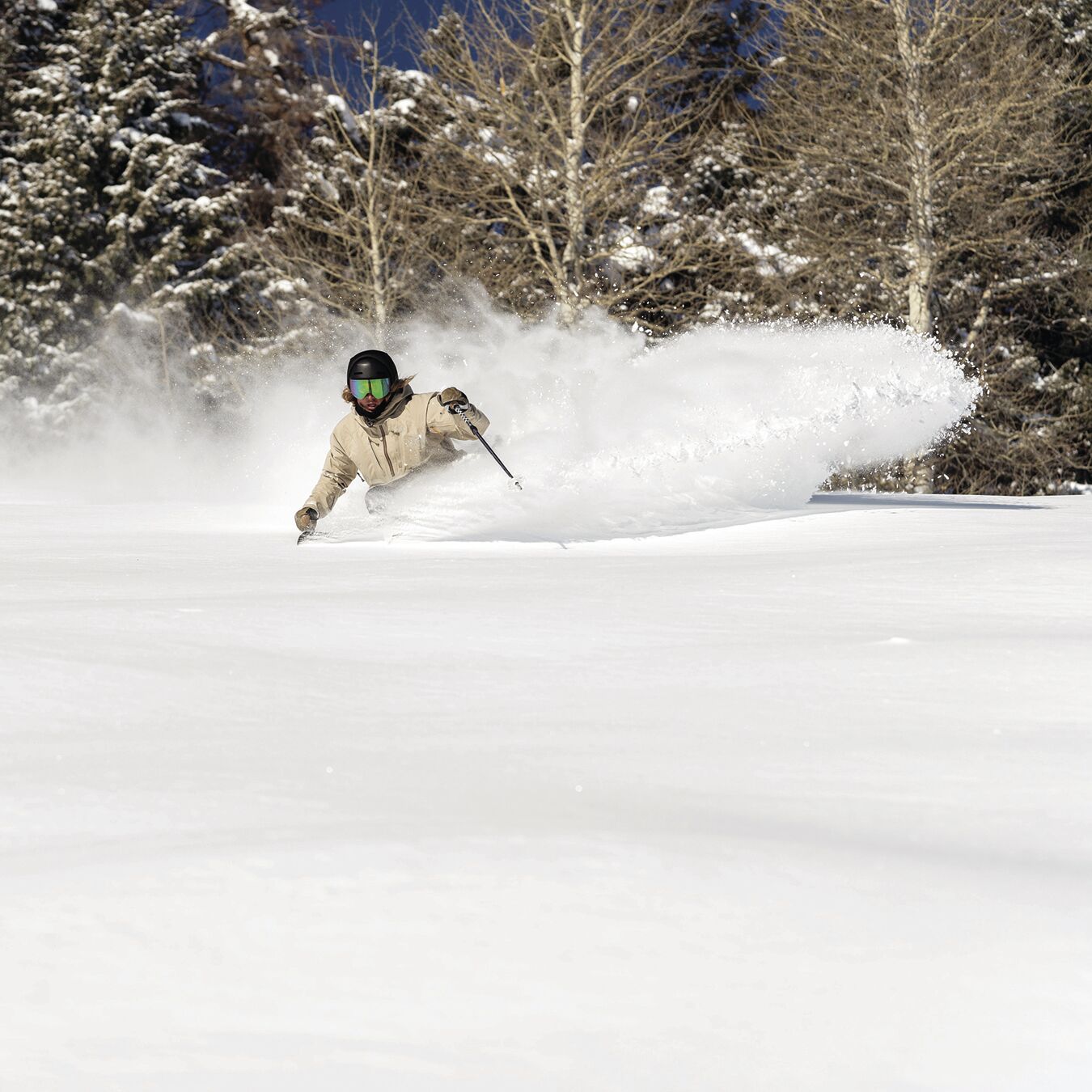 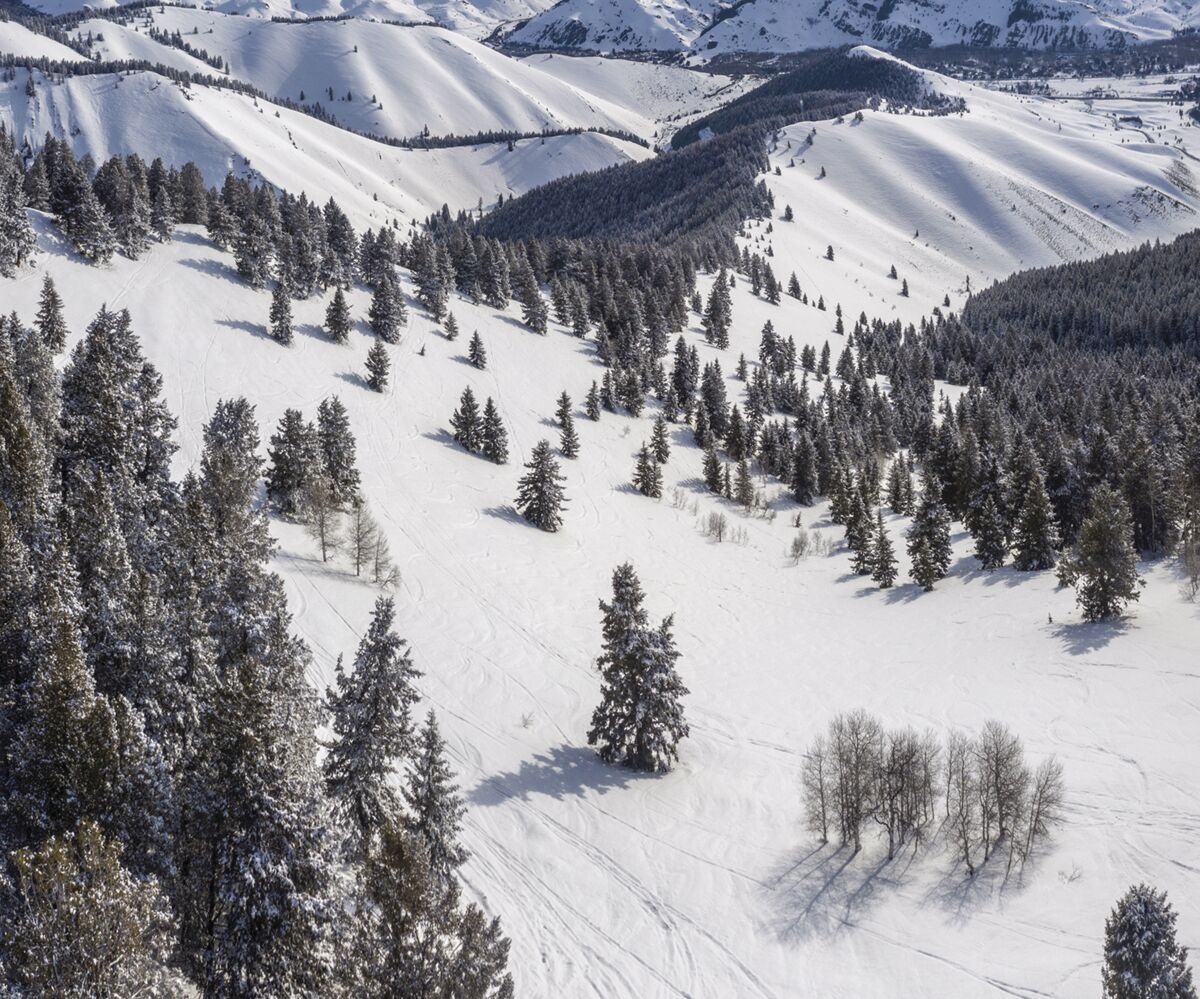 In a long-awaited move, Sun Valley Resort on Wednesday opened its Sunrise expansion, a vast, new section of expert terrain on the southern side of Bald Mountain.

The unveiling came after a late-January weather system dropped 51 inches of snow on Baldy in a seven-day period, providing enough snowpack to allow skiing and snowboarding in the area.

The Sunrise expansion adds more than 380 acres of new terrain—featuring chutes, glades and bowls—south of the popular Seattle Ridge section of Baldy, above the Cold Springs gulch. The expansion—which increases Baldy’s skiable terrain to some 2,500 acres—offers access to the formerly out-of-bounds Turkey Bowl area, now called Sunrise Bowl. In addition to the double-black-diamond expert bowl, new terrain includes areas called the Numbers and the Glades. The area is accessed by the high-speed quad Seattle Ridge chairlift.

“Sun Valley Resort has been working on the Sunrise construction expansion for over three years, and we are elated to open up the fruits of our labor to our community, pass holders and guests,” said Tim Silva, president and general manager of Sun Valley Resort.

“The skiing was great. It’s an amazing addition,” he said. “It’s a big run. There’s a lot of skiing to be had there.”

To help serve the area, the resort installed a new Doppelmayr high-speed quad chairlift, named Broadway, which replaced the oldest operating lift on Bald Mountain, the Cold Springs two-person chair. It was unveiled Dec. 10 and officially opened Dec. 12. The lift ascends 1,582 feet on a new alignment from a point at the bottom of an extension of the Lower Broadway run up to the Roundhouse restaurant, where skiers and riders can access the Christmas chairlift and runs on the River Run and Warm Springs sides of the ski mountain, or return to the Seattle Ridge area. The resort also installed 25 new snowmaking guns on the extended section of Lower Broadway, an easy-rated cruising run.

Tommy Gibbons, of Ketchum—a well-traveled, experienced snowboarder who considers Baldy one of the best resort mountains in the nation—said he had hiked to the area last summer to look at the terrain. For months, he said, he was looking forward to the opening of the Sunrise area and the Broadway lift—on which he was one of the first riders in early December.

“I was so excited for the Sunrise expansion,” he said.

Gibbons said Wednesday’s venture into the area was his first. Shortly after 10 a.m., he waited for the line at the entry point to clear and boarded down Sunrise Bowl and into the Glades, in powder fields amid “completely new, unfamiliar terrain,” he said.

Gibbons said he was impressed by the conditions—especially in the Glades—and the size of the area.

“It was deep snow. There was a lot of snow up there,” he said. “It’s a huge swath of terrain.”

Silva thanked the owners of the resort, the Holding family, for backing the project.

“Between the hardworking snow-safety and operations teams at the resort and at Doppelmayr, this endeavor was truly a team effort and showcases the ongoing investment by the Holding family and the dedication to innovation by our entire management team,” he said. “This expansion is a huge step for the resort, offering an entirely new experience for our highly skilled skiers and riders to enjoy.”

The resort issued a statement Thursday reminding skiers and boarders that certain precautions should be taken in the Sunrise area.

“Please remember that Sunrise is expert terrain and it is important to follow posted guidelines: Ski with a partner, have your partner in eye sight at all times, check avalanche warnings and call ski patrol if you need help,” the resort stated.

The Sunrise expansion and Broadway lift project was announced in 2017, before being approved by the U.S. Forest Service, which manages much of the land on Bald Mountain. The resort operates on the land under a federal use permit.

Sun Valley Resort chose the name Sunrise for the expansion area because it is the first location on Bald Mountain to be hit by the sun on the winter solstice, the day the ski resort was first opened just over 84 years ago.