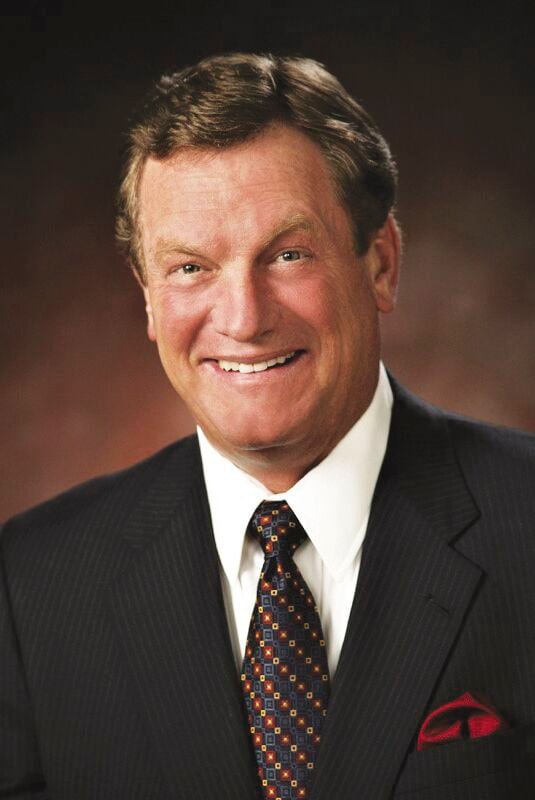 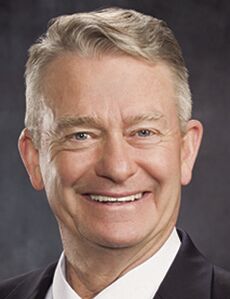 Three of Idaho’s four congressional delegates voted to certify the results of the 2020 presidential election on Wednesday after a mob made up of supporters of President Donald Trump forced its way into the U.S. Capitol building, delaying the proceedings.

Sen. Jim Risch, Sen. Mike Crapo, and Rep. Mike Simpson, all Republicans, voted to certify the electoral victory of President-elect Joe Biden. Rep. Russ Fulcher was the only member of the delegation to file an objection against the results.

Later in the day, all four members of the delegation took to social media to issue statements on the rioting at the capitol building, with all condemning the violence and destruction committed by the protesters.

In a statement sent out to media Wednesday night, Crapo described the mob’s actions as “wholly unacceptable.”

“All perpetrators should be prosecuted to the fullest extent of the law,” Crapo said in the statement. “Actions like today thwart the rule of law and could leave lasting, devastating consequences on our nation.”

In the same statement, Crapo explained his vote to certify the election results.

“All perpetrators should be prosecuted to the fullest extent of the law.”

“Any effort by Congress to abandon the Electoral College’s constitutional significance for states to certify and send their Electors would set a dangerous precedent I cannot support,” he wrote. “To undercut this system would inevitably lead to federalizing our election process and remove the authority of states under the Constitution.”

Risch described the actions of the mob as “unpatriotic and un-American in the extreme,” and called for “an open, transparent system with clear guidelines and rigorous safeguards” to “restore Americans’ faith in our voting process.”

Simpson and Fulcher each tweeted shorter statements on Wednesday’s events, with Fulcher writing: “The violence seen today, and this past summer, is unacceptable. It does not move us closer to solutions.”

“We have a constitutional right to peaceful protests but the clashes with police and destruction of property must stop now,” Simpson tweeted. “We can disagree in a better way.”

Several Idaho state officials also weighed in on the violence and the vote, including Idaho Democratic Party Chairwoman Van Beechler.

“Because our Republican leaders in Washington have encouraged and refused to stand up to President Trump’s deliberate attack on the Constitution and the legitimacy of our elections, they are responsible for the unrest that is occurring,” Beechler said in a statement. “[Idaho’s congressional delegation] all share responsibility for today’s events, along with every Republican official who chose to prioritize political power over preserving our democracy.”

Gov. Brad Little wrote in a statement that he was concerned about the impact Wednesday’s events would have on public access to the U.S. Capitol for citizens and students.

“We can do better,” he wrote. “We must rededicate ourselves to making the process open to all, without intimidation of either the inside participants or the outside observers.”

“We can disagree in a better way.”

All Republicans need to be on the Capital steps on the 20th. With Risch up front, not hiding behind a desk, or was he even in Washington when the riots broke out ?

And what did all three have in common before the riot and before supporting the Biden confirmation ? They all voted for a recount of the voting ballots against Biden after it was over and officially over. Remember them come election day.

I have to ask if our very own Eric Parker was among the traitorous mob?

He had a few choice comments about the ‘peaceful transition of power’ last year during primary season.

"Another Liberal Left side move to have just one opinion, their opinion." Liberals have one main goal to cut the head off the snake that is the Fascist movement.

Alright, last day we need to read all the opinions that don't count. For example the Troll Stomp. You don't think that dirt bag will pay the Sixty bucks to subscribe!. Also, I see quite a few who comment also replied they would not pay either in the gas bag comments to that move by the Mtn. Excess. Another Liberal Left side move to have just one opinion, their opinion.

America was founded on insurrection by a group of rebels who didn’t like their monarch telling them how to live. Remember half the people in the colonies supported the king during the Colonial rebellion. The only reason Washington, Jefferson and the others are considered patriots is because they won the rebellion.

It’s all about who wins now.

God has never blessed America but he does bless individual Americans.

." No effort will be made "to come together" " this is a joke right? Your fascist god got his rear kicked. I'm surprised you're not blaming the Martians for your lost.

You are absolutely an ignorant individual because you promote violence of the BLM and Antifa this summer but condemn a few individuals that showed their political views. I guess it was ok for the Union that stormed the Capital in 2011.

On Sept 23 you wrote; "Trump will rule past 2020, you idiot. After Trump wins in 2020 there will be Eric, Donald Jr., Ivanka, and Barron. Trumps will rule" How is your prediction working out? [beam]

Biden won, OK . What isn't debatable is that there were 130,000 illegal votes in Nevada. CSPAN U. S. Senate hearings verified with the Soc. Sec. Admin., U. S. Post Office and State Driver registry. Pennsylvania Supreme Court illegal over-ruling the State legislature on voting time limit and signature verification. The question now is where will the rage be directed now that Trump is gone. The answer is towards Anyone that gets in their way and social media will help them.

Fulcher is complicit and no posturing will change the legitimate results of this election. Charges on social media of fraud or questionable practices don't require factual evidence, as opposed to a court of law where lies carry legal penalties. Aligning with this malignant administration may garner support from trump's base, but his decision has placed him on the wrong side of history.

Here's what we know for sure :

1. Dems like Patty Murray will continue call for Ted Cruz and Josh Hawley to resign for doing the same thing they did in 2004 and 2012.

2. Lots of people on this forum will continue to spew hate towards our Republican legislators and Governor. If I felt that much hostility I would move to N. Y. or California and bask in all that progressivism.

3. Dems will continue to spike the ball, and create more division and rub more salt in the wound of people who didn't vote for Joe Biden. They can't help themselves.

Let's boot Trump out to further embarrass him so Dems can gloat and feel better.

4. Democrats will continue to reach for more power, more censorship, less free speech and less personal freedom for people who disagree with them.

5. No effort will be made "to come together" ; it is a struggle for raw power.

6. Biden called Trump a clown in the debates and unfit for office today. No question Trump is a very flawed personality but he did some very positive things for the country. Now we will go back to identity politics and racists behind every tree. Enjoy the next 1-2 years.

Ok...I'll bite what are the positive things Trump did for the country (outside the the massive tax cut for the rich) and do they outweigh all the negative things he has done ( they are to numerous to mention so I will only mention the sucking up to Putin and completely botching the Covid-19 crisis)?

So BLM and Antifa idiots burned down our cities this summer and you say nothing. Killing people. I hope they return on January 19th.

All these Repub-l-CONS have been backing and enabling Trump and his behavior for the past 4 years...4 years and now that the he incited a riot at the Capital they are pretending they have grown a pair and semi-condemned him. Anyone with half a brain could see this coming.

They all saw it coming; they planned, transported and probably paid, to infiltrate the peaceful crowd with agitators and radicals. With little resistance they allowed them to break into the Capital and wreak havoc. They caused the deaths of five people. They used the tragedy as the excuse they were all waiting for to turn on our GREAT PRESIDENT TRUMP, who has always condemned violence. They used the chaos, confusion and violence they created at the Capital in a rush to shove their lawless agenda down our throats in the middle of the night! These are the incompetent, elitist, corrupt cowards and proven losers you look to successfully run America?

I do need to thank you for all you`ve done to sway Independents toward the Democrats. Keep it up and thanks for the Presidency, The House and THE SENATE!

"Keep in mind that people concerned with voting integrity who went to DC didn't fire a shot or murder anyone, or start any stampedes." 5 dead you idiot!

One of them was trampled to death, too.

I bet that dumb redneck Lieutenant Governor McGeachin was part of the mob smashing windows at the Capital. All of you Trump imbeciles have blood on your hands. You were complacent for 4 years while a game show host conman destroyed our institutions and ended it all with a treasonous attack. You’re too late with your condemnations, they are meaningless and insincere.

What do you have to say about Antifa and BLM who burned, looted, rioted, and murdered all summer and continue to do so to this day. Kamela Harris thinks they shouldn't be stopped, "nor should they stop". We all watched while "the courts, the police and the government" solved the problem.. or ran from it. Keep in mind that people concerned with voting integrity who went to DC didn't fire a shot or murder anyone, or start any stampedes.. that was the capital police. Many ANTIFA/BLM organizers have been matched with facial recognition as causing damage in the capital building. No one is condemning them. Or talking about voting integrity anymore. Interesting.

Anyone with a brain, know it was MAGAts who did all of that, so that BLM would be blamed. Antifa is not a group. It's an ideal, a movement. You're in a cult.

FBI> "no indication of Antifa"

you have just identified three of the four major communists ruling Idaho. Brad Little is the fourth