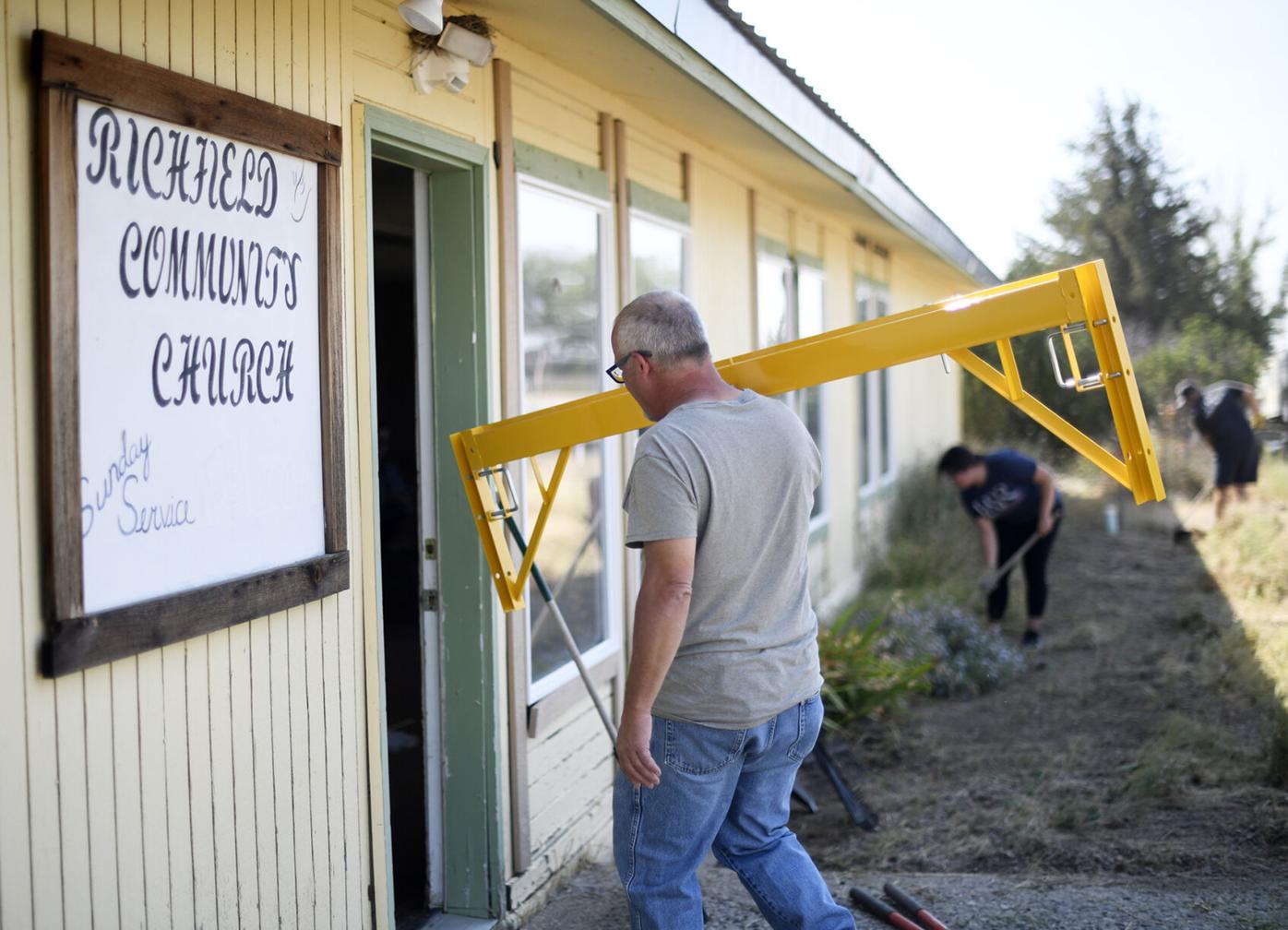 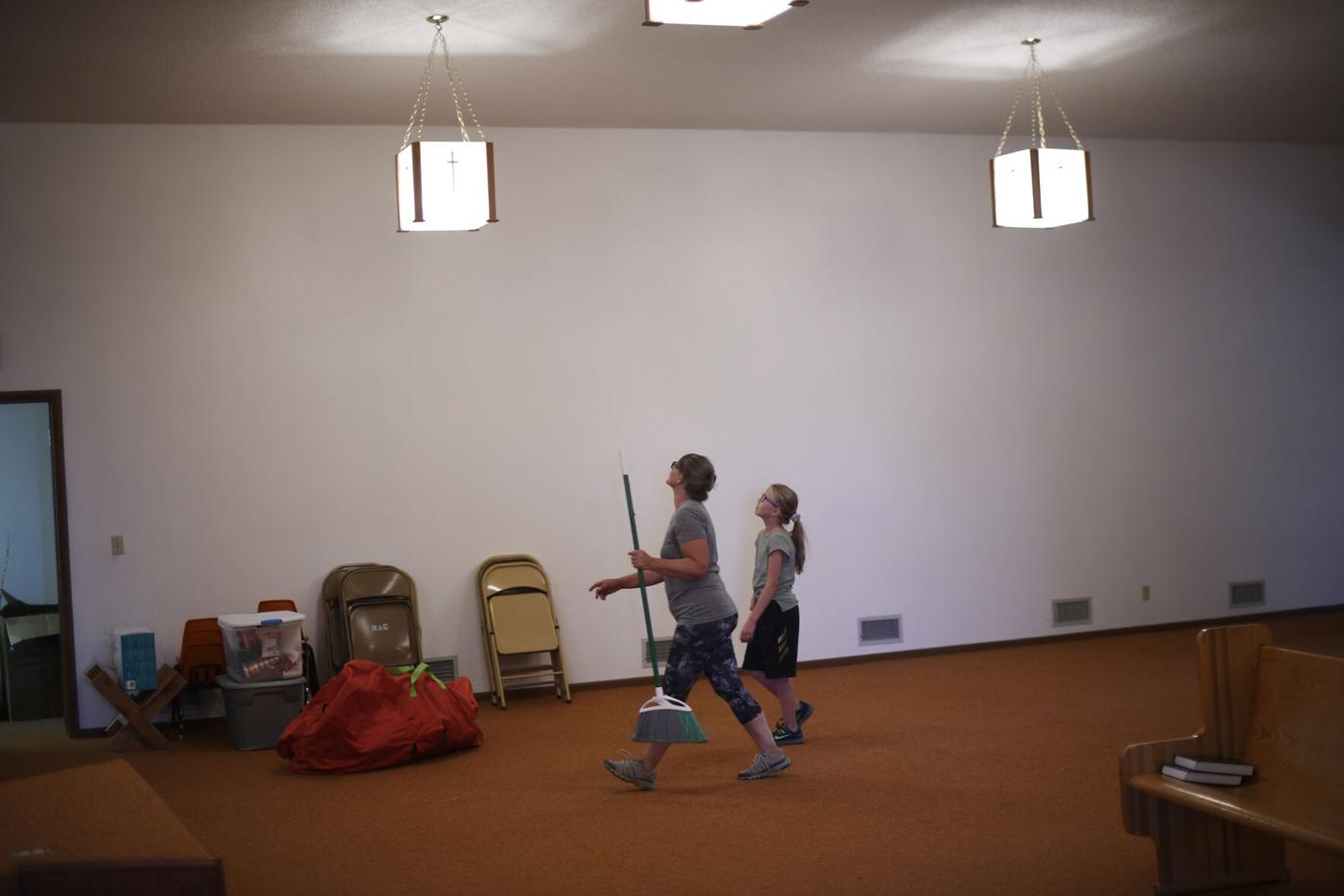 Organizers plan to lease the former Richfield Community Church until they can raise funds to buy it.

Organizers plan to lease the former Richfield Community Church until they can raise funds to buy it.

Walking through the halls of the former Richfield Community Church, Rebecca Wood narrates a vision for each empty room she passes.

The central sanctuary, with its high ceilings and elevated stage, will become a gymnasium and a venue for plays and dance performances. One side of the room could serve as a counseling center; another might house tutors for homework help. In the kitchen, kids will learn to cook, using produce that’s been grown in a greenhouse out back with the help of local farmers.

Wood, a Lincoln County commissioner, is part of a small group of Lincoln County residents spearheading an effort to get a countywide youth community center off the ground. In a county where more than 60 percent of children are eligible for a free or reduced lunch at school—and many parents commute up to an hour each day to work in Twin Falls or the Wood River Valley—an after-school center to provide support and constructive activities to local kids is needed, organizers say.

To Wood, who worked as a cook in the Richfield School District for seven years, an after-school program in Lincoln County has been a long time coming. No such programs are currently offered anywhere in the county.

“What I got to see [while working in Richfield schools] was these fabulous young kids that were bright and smart and eager,” she said. “And then, due to poverty and maybe some generational issues like alcohol or drug abuse, by the time they got up to high school we’d kind of lost them. Somehow these bright, wonderful superstars, I didn’t see them going on to college and doing the things I’d envisioned.”

Organizers hope that potential donors or volunteers outside of Lincoln County will also see the expected benefits of a youth community center. The more economically healthy the Lincoln County community is, Wood suggested, the more likely Lincoln County families are to shop and spend in the Wood River Valley and other regional hubs.

“It’s the proverbial ‘think globally, act locally’ kind of thing,” said Karma Fitzgerald, head of the Lincoln County Legacy Project and one of the leaders of the youth center effort. “We can do something that’s big for us, although in the big picture it’s small, and it’ll make that ripple effect go out to the entire Magic Valley region.”

Last month, the Lincoln County commissioners gave the green light to move ahead with the project. The challenge facing the center’s organizers now: how to pay for the estimated $500,000 in startup costs.

“We’re doing this on a wing and a prayer and a couple nickels that we’re rubbing together to make magic happen,” Fitzgerald said.

The youth center development committee—which includes local teachers, ranchers, business owners and early-childhood development experts—plans to lease the former Richfield Community Church building for a year before buying it from the Assemblies of God. The organizers will apply for an Idaho Commerce funding grant in the early spring to cover $225,000 of the costs, Wood said, but will likely be largely reliant on local fundraising and donations for the remaining $275,000.

The center will likely be staffed entirely by volunteers from the community in the beginning, though the development committee hopes to hire a paid director in the future.

To start, the center will serve children ages 5 through 18, according to Fitzgerald, but ideally will expand to include a daycare and a preschool within the next five years.

“There aren’t a lot of options here for child care,” said Eli Gough, director of the Lincoln County Recreation District. “It’s really hard for families when they’re working out of town to know their kids are going someplace safe.”

Gough said he hopes the center will bring together not just the county’s children, but its adults as well. He envisions some future amenities for all ages, such as exercise classes or an indoor walking track.

“Our towns are fairly close, but we’ve all learned to be self-sufficient,” he said. “I think this could be one place, as a county, where we’re able to come together more.”

“We can do something that’s big for us, although in the big picture it’s small, and it’ll make that ripple effect go out to the entire Magic Valley region.”

Students at Richfield High School said they look forward to the center opening for future generations of young people.

“It gives the kids something to do instead of getting in trouble,” said Faith Tucker, a senior at the high school. “And it keeps the little ones busy.”

Dane West, another senior at Richfield, said he expected the center to be “an amazing place with lots of fun things to do,” while junior Tori Truman said she believed the center would be “beneficial for the upcoming youth in our community.”

On a Friday morning in mid-September, a group of volunteers—including Wood, Fitzgerald, Gough and Richfield Mayor Tom Naylor—gathered at the church site for a day of cleaning and organizing.

“Giving them a place to go to and get together in groups will be great for the community,” Naylor said, as he hauled supplies into the building from a pickup truck. “There’s a lot of stuff for [kids to do] in the park in the summer, but in the wintertime they really don’t have a place to go.”

If all goes well, Wood and Fitzgerald said, the center will open its doors—at least part-time—next fall. In the meantime, they’re working to make the community aware of the effort and to enlist volunteers and donors of funds and supplies.

That awareness campaign includes an open house on Oct. 5 at the site of the former Richfield Community Church, open to any potential volunteers, donors or curious community members. The open house will take place from 4-9 p.m. at 410 S. Main St. in Richfield.

“I think this could be one place, as a county, where we’re able to come together more.”

Could you give us a link or name of the group, some details to make a donation, please. Thanks