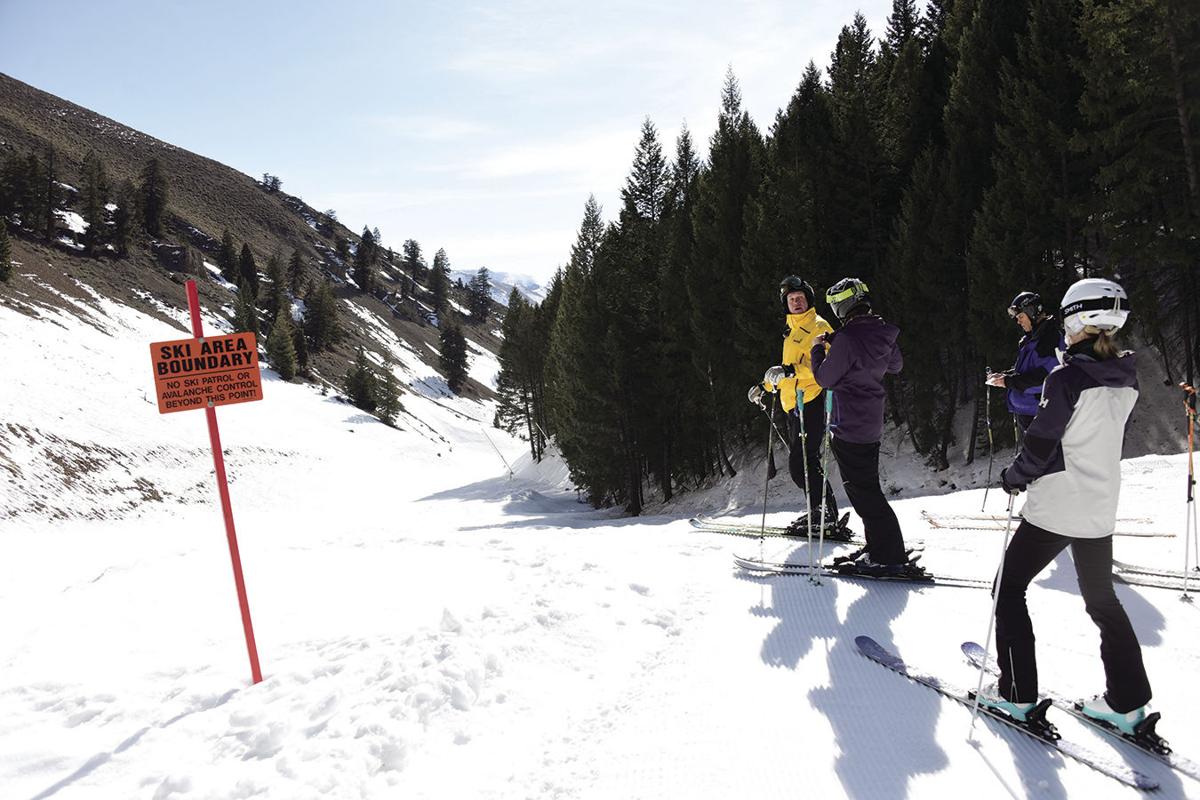 A 4,200-foot-long expansion of Lower Broadway run past the current boundary at the existing Cold Springs Chair will provide much-needed additional easy terrain to Bald Mountain. 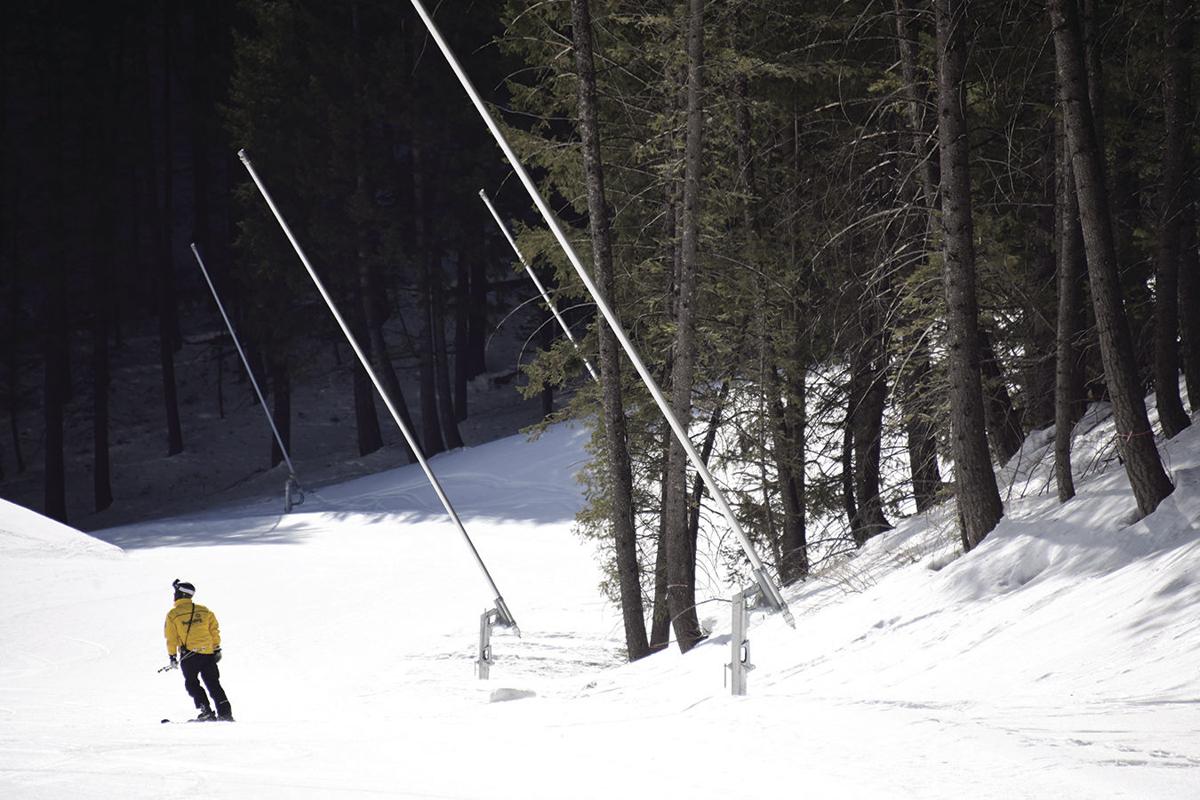 Anew Cold Springs chairlift is scheduled to be built this summer and be ready to run by the start of next ski season, opening up an additional 4,200 linear feet of novice terrain on Lower Broadway run as well as advanced terrain in Turkey Bowl and in two chutes dropping into the Cold Springs gully.

Sun Valley Resort announced its proposed Cold Springs expansion project in spring 2017, and the U.S. Forest Service and the BLM signed off on the plans in April 2018. However, the project was delayed due to a change in the proposed lift route, bringing the base 800 feet farther down Broadway.

The existing Cold Springs chairlift, which carries skiers from Lower Broadway to the base of the Christmas chair, was built in 1970 and partly refurbished in 1991. When it announced the project three years ago, Sun Valley said the fixed-grip double had become too old to maintain.

Sun Valley Guest Services Manager Mike Fitzpatrick said that when the project was conceived, resort managers decided that “if we’re going to replace a lift, we need to add some terrain.”

The extension of Broadway will create a 3.5-mile run from the top of Broadway Face. It will be the longest run on Baldy and add much-needed novice terrain to a mountain known for having few easy routes down.

The project will add 380 acres of new inbounds skiing, most of it accessible to the east from the top of Seattle Ridge in fairly natural terrain enhanced by some glading work.

“It really is going to add a whole new dimension to the kind of skiing we have here,” Fitzpatrick said. “It’s more of a sidecountry experience.”

The new terrain will expand Bald Mountain’s existing 2,054 acres by about 20 percent.

The new Dopplemayr high-speed quad chair will run from a point four-fifths of a mile below the existing chair’s base and up Gun Tower Ridge to The Roundhouse restaurant. Fitzpatrick said the new lift will carry skiers and boarders about a mile in distance and 1,600 vertical feet in about six minutes, about three minutes less time than the existing nearly 3,000-foot-long chairlift does despite the additional distance.

Fitzpatrick said the existing lift has been sold to Dodge Ridge Ski Resort in California. He said Dodge Ridge representatives inspected the lift’s maintenance records and concluded that its purchase would work with their budget.

Twenty-five new snow guns and associated water and air pipes were installed last summer, though the system is not yet hooked up, Fitzpatrick said. After being groomed, even without snowmaking, the low-elevation run had plenty of snow on a poor snow year to conduct tours for skiers last week to see the new section of Broadway.

Also last summer, the lower branches of fir trees on the skier’s right side of Cold Springs gully just above the new lift base were cut off to create a glade for skiers to access the lift from the north-side ridge of Turkey Bowl.

Skiers will also be able to use an existing mountain bike trail to exit Turkey Bowl, as out-of-bounds skiers have been doing for decades, to get back to Broadway at the base of the existing chairlift.

Fitzpatrick noted that “there’s not going to be any easy way down” from Turkey Bowl.

He said that additional glading work will be done this summer to open up entries into the two chutes that drop off Seattle Ridge into the Cold Springs gully. He said that work will be part of the Bald Mountain Stewardship Project, which involves thinning tree stands, cutting diseased trees and replanting areas to improve forest health in conjunction with the Sawtooth National Forest.

Fitzpatrick said there will be no grooming done in Turkey Bowl or the chutes, but they will be controlled for avalanches. He said the plan is to have those runs open on a daily basis, though closures will be enacted when snow conditions are deemed dangerous, as elsewhere on Baldy. On those days, the closed area would begin at the top of Seattle Ridge.

Fitzpatrick said construction of the new chairlift is expected to begin in May.

Sun Valley Resort is conducting tours for the public to learn about the Cold Springs expansion project and see the new terrain. Skiers and boarders can go down the new run and be shuttled by vehicle back to River Run Lodge. Tours are run at 9:30 a.m. on Tuesdays, Thursdays and Sundays, with a second tour scheduled each day of the first fills up. Contact the ski school desk at River Run to schedule a tour.

In the teeth of global warming crisis your building too low on a slope that faces south . This lift unloads at the round house not even a thousand vertical feet ! Totally a non feature in this day of amazing lifts and ski runs in other resorts around the world . Frenchmans lift is way better , this is a limp idea and you will use a tremendous amount of water and power totally ignoring your already gigantic carbon footprint . Just put this lift where the double chair is in Cold Springs and it would serve us just fine . Wow , all that hype for a total dud of a ski lift .

Did the original plan some years ago show groomed runs coming from this area into Cold Springs/Broadway? If not, why not? It seems here again that Sun Valley is just opening more terrain that cannot or will not be skied by the clientele that the mountain attracts. Also, like the bowls and the rest of the gladed terrain normally consisting of hard bumps this terrain will sit idle between dumps of snow which come about three times a year. My advice is for management to walk through the day lodges in the AM and just look around and see who comes here to ski. I can just about assure one it is mostly not people who want to ski bumps in the trees. I would suggest that Sun Valley revise their marketing plan to concentrate on the people who come here NOW and not the ones they hope for now or in the future. Quit constructing skateboard parks in a retirement community or trying to sell Cadillacs to people who cannot afford to buy a Chevy Cruise!!! People come here for a reason. Figure out who that is and market to them to get more to come here. That just does not seem to take a marketing consultant to figure out and just maybe the skier days will bust out over 400,000!!

"Unveiled"??? Old news. There have been numerous press releases and articles about the expansion and new lift for almost two years. While we are on the subject... I hope SVC will address the major issue this year of all the Quads and the Incubator Express breaking down this year. The only reliable have been the old fixed grip chairs.