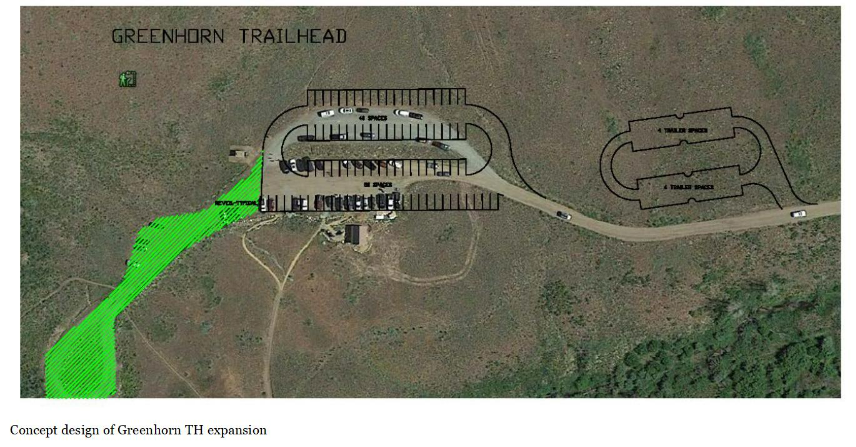 Plans are in the works for new parking areas at Greenhorn Gulch. Public comments are welcome. 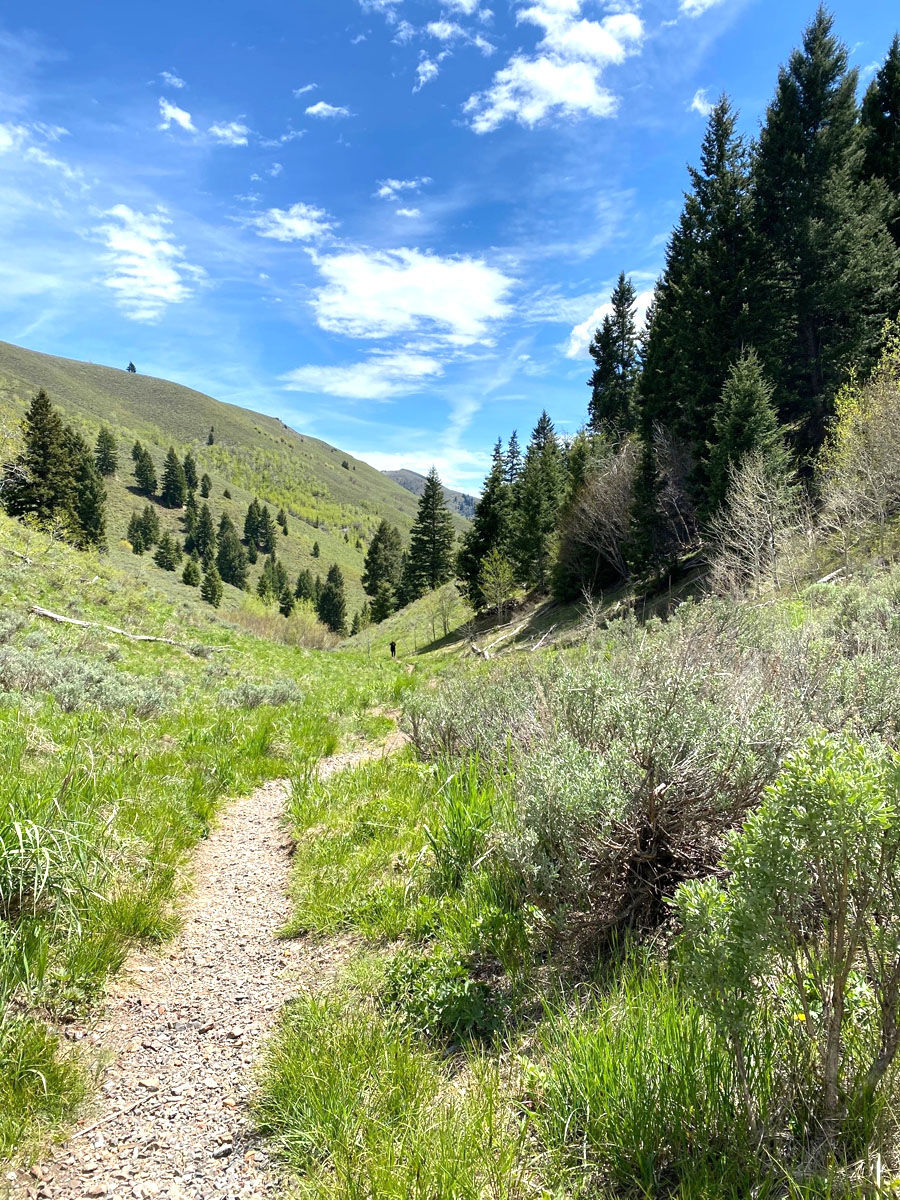 Taylor Canyon is one trail in line for capacity improvements.

In response to growing demand, the Sawtooth National Forest is seeking feedback on a plan to increase capacity at some of the Wood River Valley’s most popular trails.

The deadline to make public comment on the proposed set of recreation site improvements, primarily trailhead projects, is Oct. 21.

The purpose of these projects is to address increased use of recreational facilities on the Ketchum Ranger District, as well as catch up on deferred maintenance, according to Acting Sawtooth National Forest Recreational Manager Ilia Fiene.

The plan would increase designated parking at the Norton Lake, Taylor Canyon, Greenhorn Gulch and Pioneer Cabin trailheads, and install barrier rock to reduce visitor and vehicle encroachments to prevent further damage to land around the lots.

The largest change would concern Taylor Canyon, an increasingly popular trail out Lake Creek north of Ketchum. There, the proposed site improvements include relocating the Taylor Canyon trailhead to the intersection of Lake Creek Road and Taylor Canyon Road and developing a parking area that would accommodate 20-30 vehicles. Then, the Forest Service would convert about a quarter mile of the existing Taylor Canyon Road to a single-track trail, and construct a 1-mile extension of the current trail in the trees on the west side of the drainage. The new segment will connect the new parking area to the existing trail at the top of the steep gully above the current parking area. Some funding has been secured, the Forest Service said in a statement.

Further south, a portion of the entrance to Greenhorn—which the Forest Service called the district’s most popular trailhead—would be relocated and given separate trailer parking an eighth of a mile before the current area. The existing primary area will be improved to increase parking, with a minor expansion of its current footprint. While the existing area was designed for 36 cars and 4-5 trailers, it’s not uncommon to see 60 cars in the parking area today, according to the Forest Service. The draft plan would accommodate 70-85 cars and eight trailers in a designated loop.

Greenhorn and Taylor Canyon are two standouts in a recent Wood River Trails Coalition survey monitoring trail use at some of the Valley’s big-name trailheads, Wood River Trails Coalition Program Coordinator Emily Rodrigue told the Express in August. The ongoing trail survey project reflects current interest in trail use data as federal and local agencies ponder how much money and resources should be allocated to trail maintenance and development. She said the last time a local trail use survey was conducted was in 2012, prior to the Beaver Creek Fire that affected many trail areas.

In 2021, infrared movement detectors were installed at trailheads to count the number of bikers, hikers and equestrians passing by (errors can occur if animals large enough to set off the counters pass by). In 2022, two additional counters were installed that had metal detectors capable of counting only mountain bikes and motorbikes. The survey area ranges from Greenhorn Gulch near Hailey to the Pioneer Cabin Trail in the Pioneer Mountains, and further to a distant site above Pettit Lake in the Sawtooth Valley.

Rodrigue’s data showed 98 hikers per day in Taylor Canyon, with anecdotal interviews suggesting the trail has gained significant popularity in recent years. Rodrigue also found the main Greenhorn trailhead to be the most popular in the Wood River Valley with an average of 155 daily users, surpassing traffic up Old Adams Gulch Road to the Adams Gulch trail network north of downtown Ketchum.

Other proposed improvements include:

Implementation of the site improvements is anticipated to occur over the next several years, dependent on capacity and funding. To access site plans, go to: fs.usda.gov/project/?project=62901.

To make comments online, submit your comments to comments-intermtn-sawtooth-ketchum@usda.gov.

So they’ll be increasing parking and car traffic capacity, not trail capacity. Sad to see it.