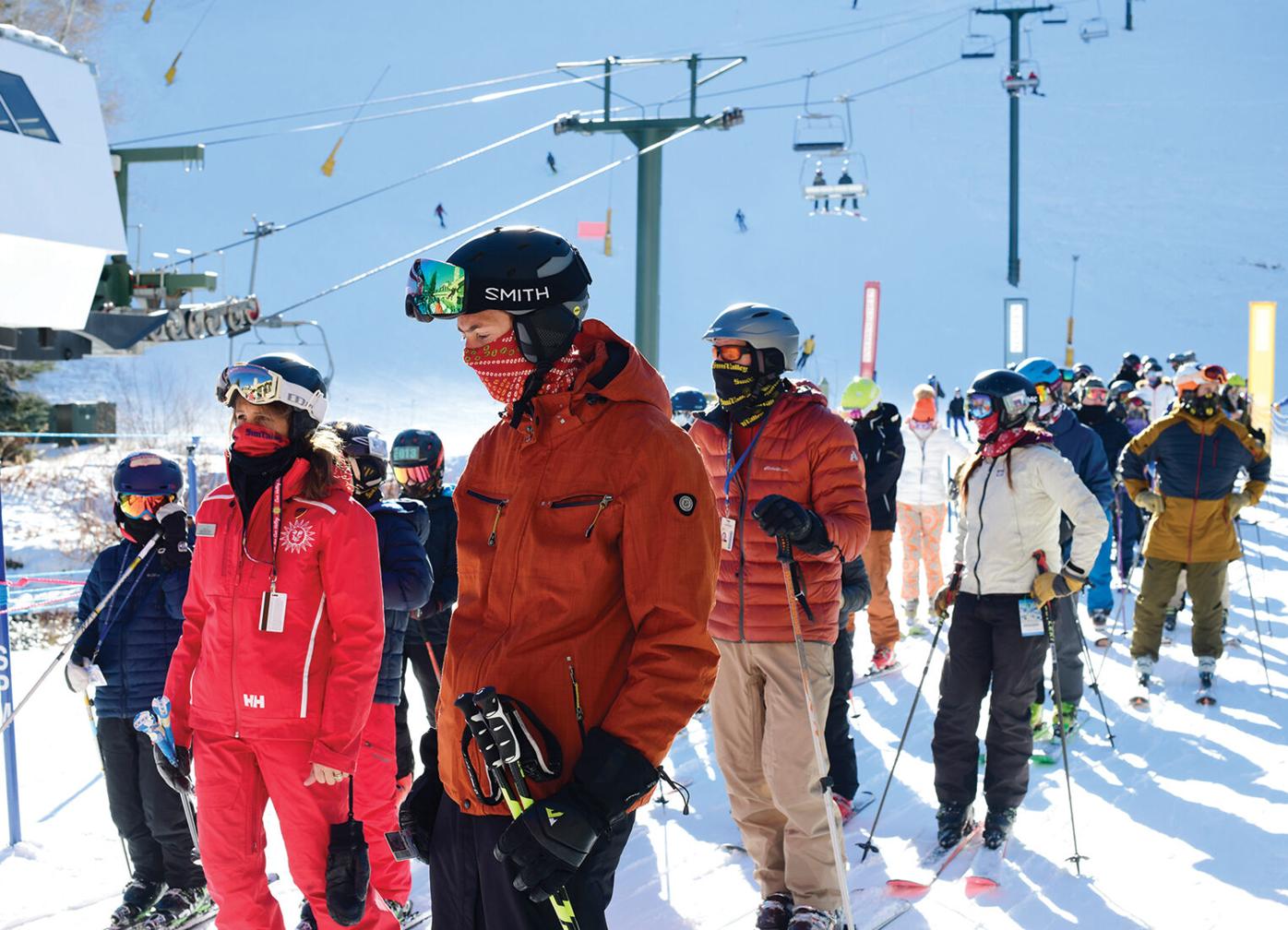 Skiers and riders masked up—and queued up—for the opening of the Warm Springs base on Baldy last weekend. They’ll have more terrain to choose from this Saturday, when Sun Valley unveils its new Broadway quad in Cold Springs. 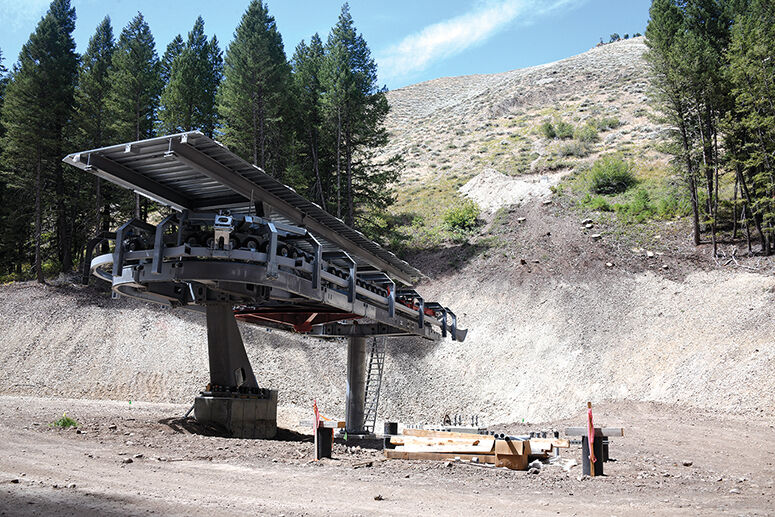 The new Broadway chairlift, pictured here during construction in August, on Bald Mountain is scheduled to open to skiers and snowboarders on Saturday, Dec. 12. Eventually, it will serve some 380 acres of new expert terrain, when Sun Valley Resort opens an expansion into an area of Baldy called Sunrise.

Skiers and snowboarders will be able to ride a new chairlift and get a glimpse of new terrain on Saturday, when Sun Valley Resort begins the first phase of opening a long-awaited expansion in the Cold Springs area of Bald Mountain.

Sun Valley will welcome skiers to explore an extension of the Lower Broadway run and ride the new Broadway high-speed quad chairlift. The Seattle Ridge area of Baldy is also scheduled to open on Saturday, served by the Seattle Ridge and Mayday chairlifts. The resort stated Tuesday that it will finalize which trails will be open in that area later this week.

The resort has installed the new Doppelmayr high-speed quad Broadway chairlift to serve the expansion area southeast of Seattle Ridge—called Sunrise—and to bring skiers out of the Seattle Ridge area. The lift has replaced the oldest operating chairlift on Bald Mountain, the Cold Springs two-person chair. The lift ascends 1,582 feet from a point at the bottom of an extension of Lower Broadway up to the Roundhouse restaurant, where skiers and riders can access the Christmas chairlift and runs on the River Run side of the ski mountain. The resort has installed 25 new snowmaking guns on the extended section of Lower Broadway, a popular, easy-rated cruising run.

On Tuesday, there were no plans announced to open any of the 380 acres of new expert terrain in the Sunrise area. The resort has previously stated it will open the area—featuring chutes, glades and a bowl—when conditions allow.

The long-awaited expansion and lift project was announced in 2017, before being approved by the U.S. Forest Service, which manages much of the land on Bald Mountain. The resort operates on the land under a federal use permit.

The lift has replaced the oldest operating chairlift on Bald Mountain, the Cold Springs double chair.

After opening up the River Run side of Baldy on Thanksgiving Day, Sun Valley Resort opened the Warm Springs side of the ski mountain last Friday, offering top-to-bottom skiing and boarding to and from both bases. The resort reported on Tuesday that 38 trails and tracks were open, including Upper College, Lower College, Ridge, Cut Off, Rock Garden, Upper Blue Grouse, Exhibition, Graduate, International, Flying Squirrel, Lower Picabo’s Street and Warm Springs.

The Warm Springs base area and day lodge and the Roundhouse restaurant also opened last Friday.

On Tuesday, five lifts were open—River Run, Lookout Express, Challenger, the Roundhouse Express gondola and Christmas—as well as the Kinderspielplatz tow for children.

Sun Valley reported a 30-inch snow base at the summit of Baldy and a 25-inch snowpack at the base of the mountain.

Mitigation measures to prevent the spread of respiratory illnesses are in place. Go to sunvalley.com for more information.

If you are really scared of covid just stay inside, Life isn't worth living when you're scared all the time. This whole plandemic shows how egocentric everyone really is, and has no knowledge about life and death. Even though you have a 99.98% chance of surviving the covid-1984 if you get it.

It’s the law in Blaine County , wear a mask indoors or deal with-police $100 fine or jail , People please enforce the mask law and Blaine county and protect your family and your neighbors from out of county maskless virus spreaders , don’t believe the president misinformation on the virus , trumps brain is fogged by his covid19 infection

Yup, not safe for kids to go to school and get an education, or pursue school related extra-curricular interests, but they can go skiing with people here visiting from all over the world. Maybe they should have to quarantine after skiing on the hill with all of those other folks just like student athletes had to? Where is the school district's common sense let alone science?

I want to thank you for every post that you make. You show how out of touch with reality and common sense so many have become and prove the exact opposite points that you are trying to make. Consult with the school board much? Keep posting please! According to articles in our esteemed newspaper, there has not been one confirmed case of covid transmitted in Blaine County schools. But don't let data and facts slow down your trolling.

While SV allows out of state employees to go straight to work without getting tested, doesn't put 6 feet laterally between lift lanes, and while SV puts three employees into each dorm room, they want us to instead focus a new chairlift...

"Let them ride Sunrise," they said.

Credit where it is due: SV Co. has put some space between the lanes at #5 Lookout chair. There are still too many people here (thanks a lot Covid!!) but the lines are safer than last week.

It’s not a requirement to get tested no matter where you come from!