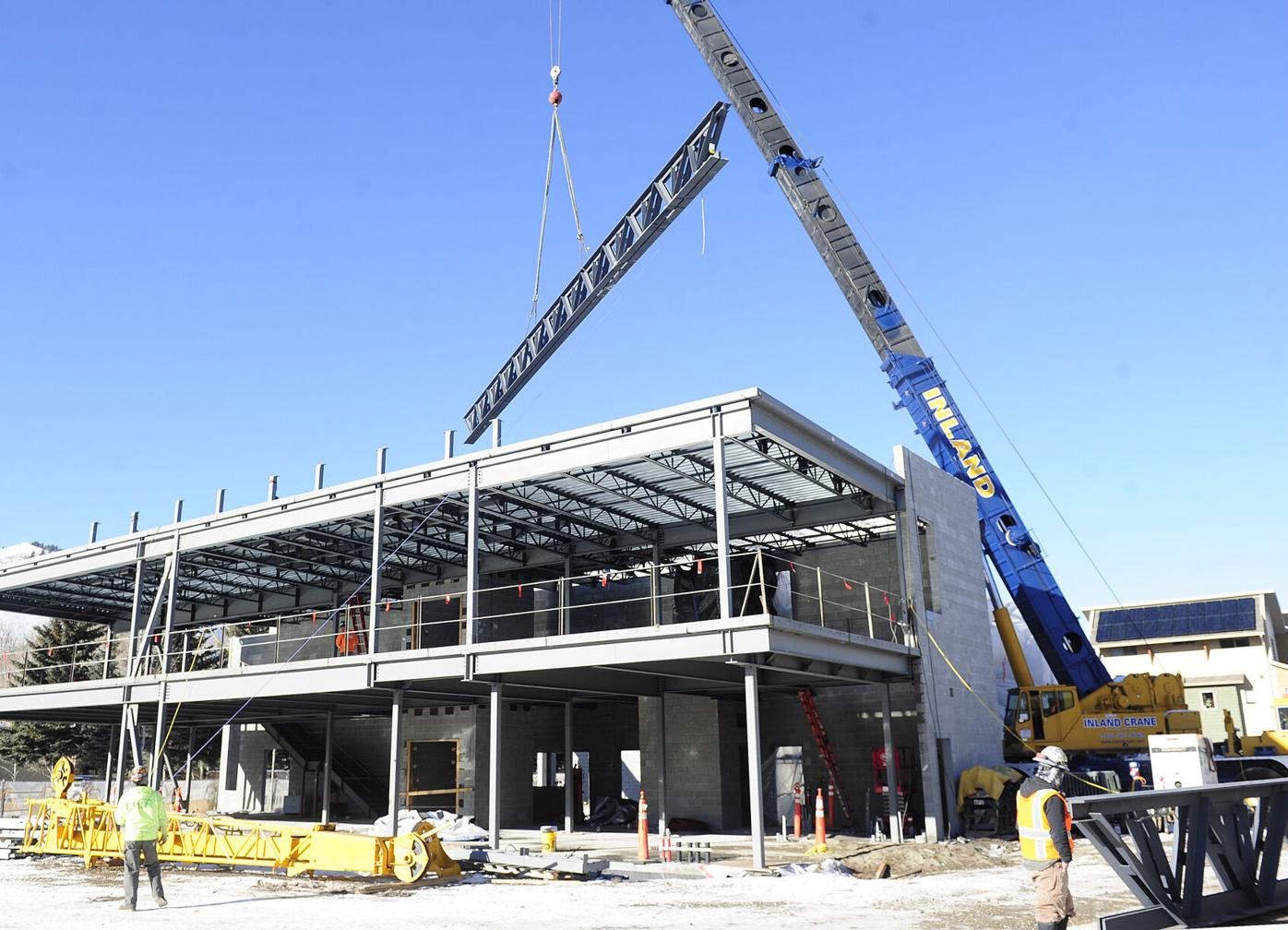 Construction on Ketchum’s new fire station along Saddle Road took off in 2020. 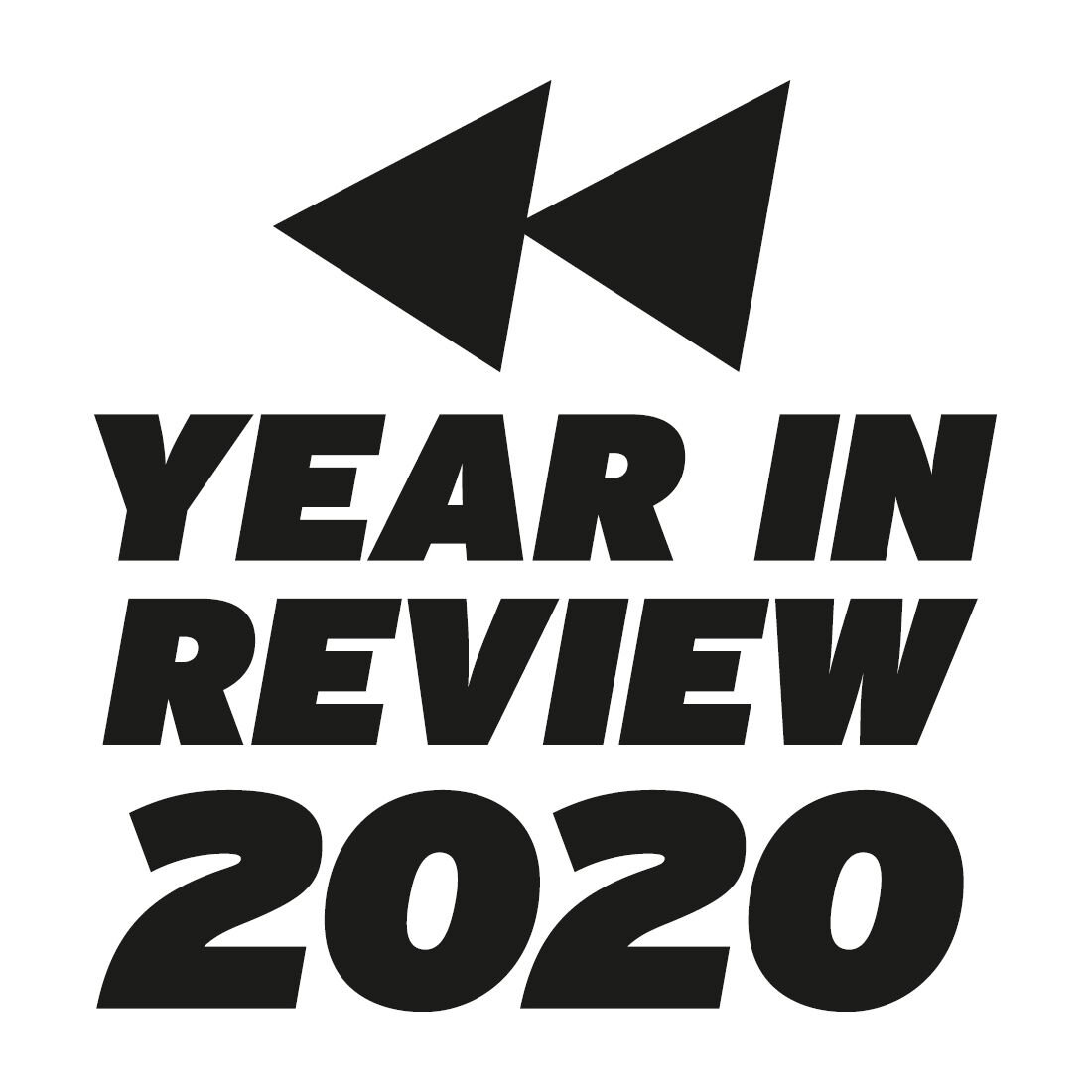 In a year marked by challenges posed in reacting to the COVID-19 pandemic, residents and leaders of Ketchum were confronted in 2020 with an ongoing question: What do we want our city to be?

While strong measures were taken to slow the spread of the coronavirus and regular business was interrupted, the city and private developers moved forward with several major projects, while one—a planned hotel at the southern entrance to town—remained stalled. Through the process, city officials, elected leaders and the public all weighed in on the various plans. They debated the impacts of new projects proposed for the downtown core and how new hotels, commercial space and high-end residential development would affect the city, both financially and visually.

By the close of 2020, the city had moved significantly forward with two major public-service developments. At the same time, Mayor Neil Bradshaw, city officials and consultants worked with citizens to determine what it meant to lose older structures in the city in favor of newer ones, and whether Ketchum can hang on to pieces of its history.

Here’s a look at some of the top stories in Ketchum in 2020:

The long-planned Harriman Hotel—a 65-room, 14-residence project at the southern entry to Ketchum, at the southeast corner of Main and River streets—stalled, prompting worry it might not be completed. The project—headed by developer Jack Bariteau—has been in the development process for more than a decade. The property was excavated in 2016 and some infrastructure has been installed, but the project site remains a large hole in the ground.

Under the development agreement with the city—which has been amended to accommodate delays in the project—construction must be completed by the end of December 2021.

After construction on the hotel stalled this year, City Council members voted unanimously on Nov. 2 to declare the project in breach of its development agreement with the city. Later that month, the development group filed a tort claim against the city for $100 million in damages, citing defamation and “tortious interference.”

A hotel project planned for a site directly across Main Street from the stalled Harriman Hotel encountered a major obstacle in 2020 but regained momentum and moved ahead.

Utah-based PEG Companies plans to develop the approximately one-acre site at 251 S. Main St. with a 93-room hotel and 23 employee-housing units. The project—called the Ketchum Tribute Hotel—would be on three parcels on the southwest corner of Main and River streets. The development site next to Trail Creek is in the city’s Tourist zoning district, which allows hotels but under different regulations than the neighboring Community Core zoning district.

After extensive city review of the approximately 136,000-square-foot project last winter and spring, the approval process had to be terminated and started again because of a city noticing error.

Ketchum Planning and Zoning commissioners in December formally advanced the project to the City Council, recommending that the council approve three major components of the application.

The city hopes to move out of the existing fire station on East Avenue—which has been deemed largely inadequate—by September.

A major new residential and commercial development planned for a high-profile site on Main Street drew significant public interest and slowly started to take shape in 2020.

Solstice Homes Development has submitted draft plans to the city to construct an approximately 58,000-square-foot mixed-use building on a four-lot site between Fourth and Fifth streets. A vacant portion of the development site is commonly called “Hot Dog Hill”—named so because a summertime hot dog vendor has operated there for years.

The proposed four-story building—which would be three stories and 37 feet tall along Main Street—would include ground-floor retail spaces, condominiums and community housing. Ketchum Planning and Zoning Commission members reviewed preliminary plans and asked for revisions. A revised draft plan was submitted through the city’s pre-application design-review process, in which developers can have plans reviewed and commented on before they submit a formal development application. A formal review process will begin after the applicant submits the required applications.

City moves ahead on new headquarters

The city took significant steps in 2020 in its project to develop a new city hall and police headquarters at 191 Fifth St. W., at the corner of Fifth Street and Second Avenue.

The city bought an 11,246-square-foot office building at the site for $3.1 million in 2018. In December, Ketchum City Council members approved a contract with a consultant to design the first phase of remodeling the building. The contract calls for developing plans to do minimal improvements to the building in 2021 to allow city officials to move in by late next summer.

In the short-term remodel plan—which was favored by the City Council over more ambitious remodel options—the first floor of the building will have a reception area, two conference rooms, a meeting room, administrative office space, and a reception area and offices for police. Finance, clerk and community service staff will occupy the second floor, and the third floor will house the Planning & Building Department.

As the plans for a new police station were developing, the city on Sept. 1 welcomed a new police chief, Jamie Shaw, who was hired after Police Chief Dave Kassner, a 34-year veteran of law enforcement, retired.

The city last year also took made major progress on its new fire station, a goal of various city officials and administrations for some two decades.

City officials conducted a “topping off” ceremony in December at the construction site near the YMCA, along Saddle Road. Mayor Neil Bradshaw gathered with a limited crowd that included Fire Chief Bill McLaughlin and the project manager to celebrate as a roof beam of the new structure was hoisted into place. The beam was first signed by the mayor, City Council members and members of the project development team.

The 14,500-square-foot structure is financed by an $11.5 million bond passed by voters in 2019. Construction is about one-third complete, with final completion anticipated next August. The city hopes to move out of the existing fire station on East Avenue—which has been deemed largely inadequate—by September.

Affordable housing gets a boost

The project is planned to accommodate low-income earners and households earning between $16,000 and $60,900 per year. Construction will begin in the summer of 2021, developer Greg Dunfield, of Seattle-based GMD Development, said in December.

Bluebird Village project partners GMD Development and the Ketchum Community Development Corp. will be allocated an annual tax credit amount of $1 million from IHFA over the course of 10 years. The developer said the credits open the door for other financial resources to make the project possible, including a $1.4 million commitment from the city of Ketchum’s in-lieu housing fund, about $564,000 from the Ketchum Urban Renewal Agency, and other tax credits and bonds.

The current Bluebird Village concept envisions two four-story buildings with retail, condominium and property management space on the first floor of each building and an accessible outdoor community patio and indoor exercise space for residents.

Shaken by the COVID-19 pandemic, receipts from local-option taxes were down 5.45 percent in the city of Ketchum for fiscal year 2020.

The city also collects an additional 1 percent LOT in the same sales sectors through a voter-approved initiative to support commercial air service in the Wood River Valley. Those tax funds are set aside and transferred monthly to the Sun Valley Air Service Board, which allocates the funding to subsidize and market commercial air service into Friedman Memorial Airport in Hailey.

What does Ketchum want to be?

In December, a short-term ordinance drafted to protect historical structures in central Ketchum gained approval of the city’s Planning and Zoning Commission and will now be considered by the City Council.

P&Z commissioners approved a draft city law that identifies 26 historically significant structures in the downtown area and establishes a process for special review of planned demolition or alteration to the structures.

The draft ordinance is scheduled to be considered by the City Council on Jan. 4. Mayor Neil Bradshaw and city officials are aiming to have the proposed ordinance approved by the City Council and enacted before Jan. 17, the expiration date of a 90-day emergency ordinance banning the demolition of any buildings on a longer list of historical structures in the city.

The emergency ordinance states that an “imminent threat to historical and culturally significant structures in the Community Core” necessitated the adoption of a temporary moratorium on the demolition of any of 82 buildings identified in a 2005 survey.

One path the city could take, city officials have said, is the implementation of an interim ordinance—to be in effect for one year—followed by a permanent ordinance designed to protect older, historically significant buildings.

The people of Ketchum better wake up before they don’t know what’s hit them. Our mayor and his council and his P&Z have thrown out our master plan and zoning. The Marriott will irrevocably alter this town for ever. Didn’t they learn from the hole in the ground? What has been planned for Hot Dog Hill is wayyyy too much. And then there is Bluebird— a good idea in the perfectly wrong place and with no parking for 100+ new people in the heart of Ketchum. Hopefully common sense will prevail.

Great to see Greg Foley returning to provide lucid and responsible journalism. Let him be the beacon of the IME.

Let's not give up on contesting the PEG Marriott. The City still has to explain the proposed waivers and previous precedents set by the Idaho Supreme Court. The proposed plan needs 1.5 acres minimum vs. the existing 1 acre. Calling all residents to do something

Stand up and be counted, residents!!!

And if P&Z can’t get get it’s act together, including the Planning Director, replace them. City Admin errors are unacceptable, only costing angst, time and confidence.

I ageee with your thoughts. A solution: Sell the PEG Marriott the dang 3-hrs. Free parking lot for a bundle. Everyone wins. Then reroute traffic onto 3rd Avenue via Serenade south of Ketchum.