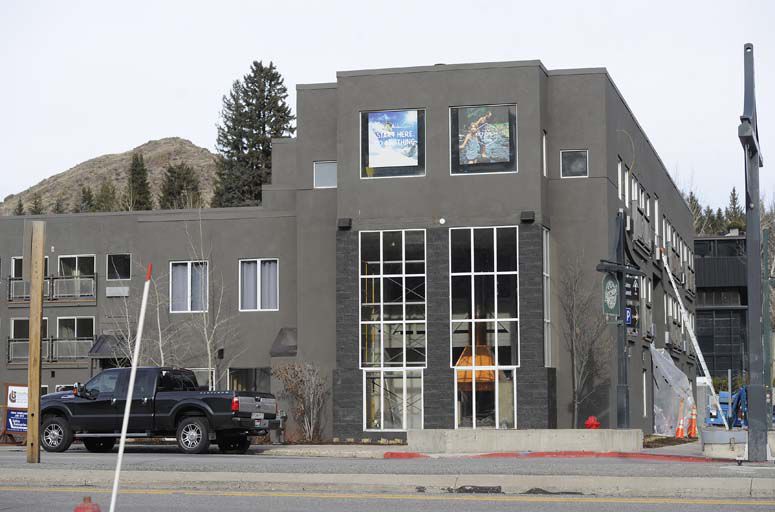 Remodeling of the new Hotel Ketchum continued last week, with an opening of the hotel on Main Street set for later this month. 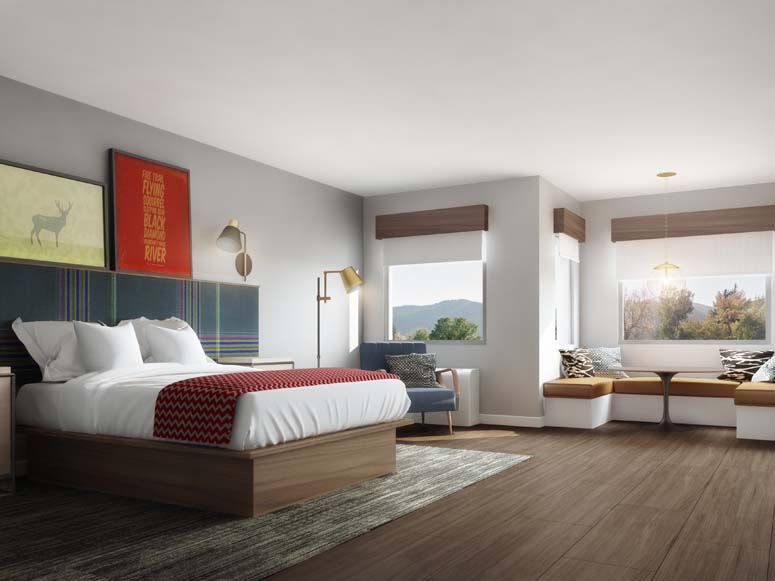 This rendering shows the design of one of the new rooms at the Hotel Ketchum.

Remodeling of the new Hotel Ketchum continued last week, with an opening of the hotel on Main Street set for later this month.

This rendering shows the design of one of the new rooms at the Hotel Ketchum.

A newly renovated hotel in Ketchum is set to partly reopen Dec. 22.

Residents may recognize the collection of buildings on Main Street that make up the new Hotel Ketchum from when it was called the Bellemont Hotel and the Clarion Inn. That’s roughly where the similarities end.

The owners of Hotel Ketchum, Aspen, Colo.,-based HayMax Hotels, have completely renovated the property. They acquired the hotel at auction in 2016 for $4.45 million, and have invested another $4 million into the renovation.

The property includes 58 guest rooms with new bathrooms, new configurations and new furniture, as well as a lounge area, coffee shop and retail space and a restaurant.

Hotel Ketchum is planning to open 33 guest rooms, the lobby and the lounge on Dec. 22, General Manager Shannon Allen said.

The retail offices and restaurant are available for lease, and the hotel is in the process of building the coffee shop. The coffee shop will be called Sheeptown Coffee, and construction will begin in the spring.

Artwork from local artists will be featured throughout the hotel. Allen said art from Rudi Broschofsky will hang behind the reception desk in the hotel lobby.

The hotel will have a library and reading area above the lobby. Outside the lobby, the hotel is constructing a new lounge where the Sawtooth Brewery was once located.

Allen said that space will offer complimentary breakfast and coffee to guests in the morning. After 4 p.m., the space will convert into a cocktail lounge for après-ski and happy hour.

The hotel will offer beer, wine and cocktails; it purchased a full liquor license from the owners of the Cornerstone restaurant after it closed. Allen said the lounge will serve wines and beers made in Idaho.

“We’re going to try and keep it pretty simple and use Idaho where we can,” she said.

The property has seven retail offices, and one will house a Sturtevants store devoted to exclusively selling and renting Rossignol skis and bikes.

“It’s a touchpoint for their rentals,” Allen said. “If they don’t have what you need, they can point you to their main store.”

The hotel has a mural visible from Main Street that honors Ketchum’s history as a hub for sheepherding, created by Ketchum illustrator Molly Snee. Snee and artist Jack Weekes created artwork that will be featured in the lounge.

The Hotel Ketchum is adopting sheep as a mascot, and will put up small figurines around the property.

“We have a lot of fun little surprises for people,” Allen said. “It’s no longer the Bellemont. It’s totally redone.”

The hotel’s nightly rates will be in a price range of $160 on the low end and above $250 on the high end. That would bring them below some high-profile hotels in the area, but still higher than the Tamarack Lodge in Ketchum. HayMax Hotels also owns the Tamarack.

Some guest rooms will offer king-size beds, while others will boast two queen beds. Some will have fireplaces and balconies.

Allen said the goal is to attract guests willing to pay a little more for their accommodations, but want to keep money left over to go out shopping or dining around town.

“It kind of dies off right now,” Allen said of the northern end of the street. “Coming at an affordable rate, maybe we can attract some of those Mountain Collective [ski] pass holders.”

“We’ve gutted the entire place down to the concrete floor.”

Pricey. Maybe we can bump Rotten Lotten to 2 percent taxpayer subsidy to pull in more Sheeple by discounted airfares. PS What is that Firm open date for the Freen Monster aka "Auberge" (how dare you!)? Oof.