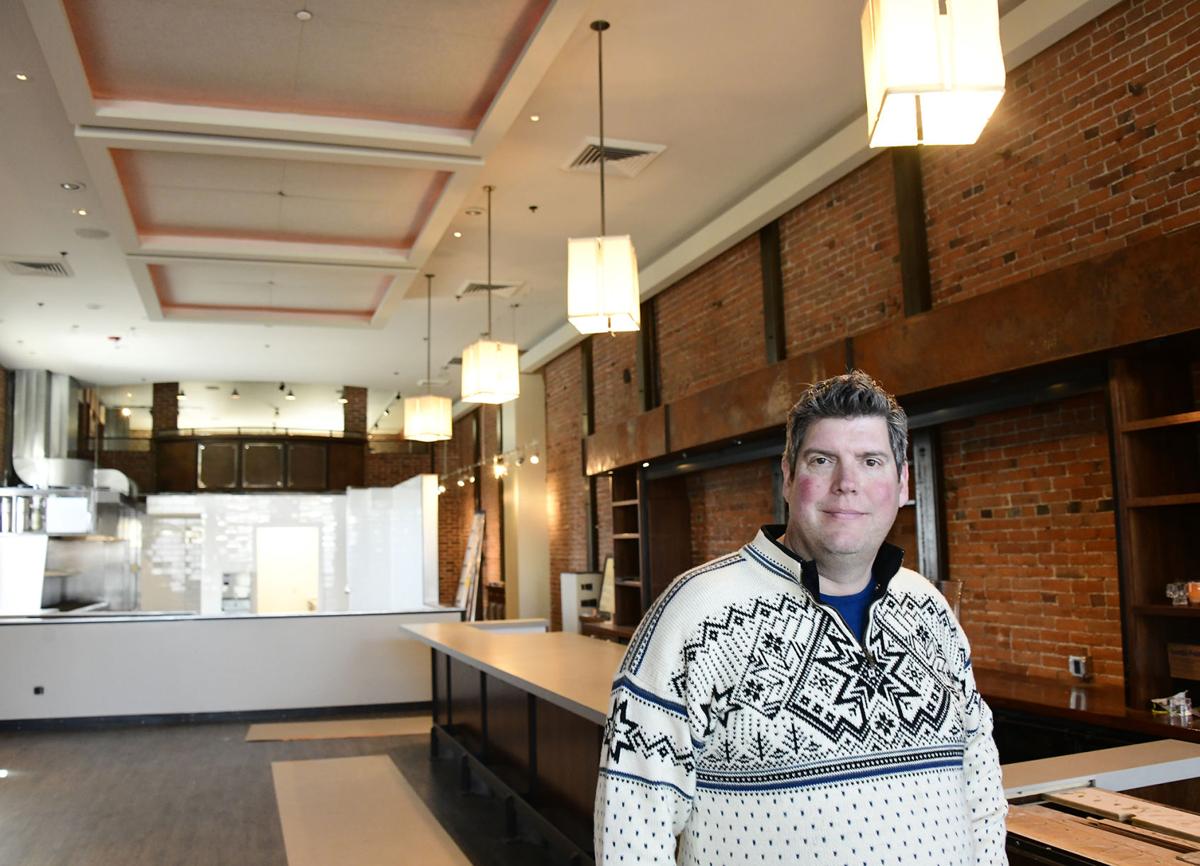 Director of Marketing and Events Karl Uri tours the Sun Valley Culinary Institute in Ketchum on Feb. 11. It will launch its culinary school program in the fall, teaching 10-12 students. 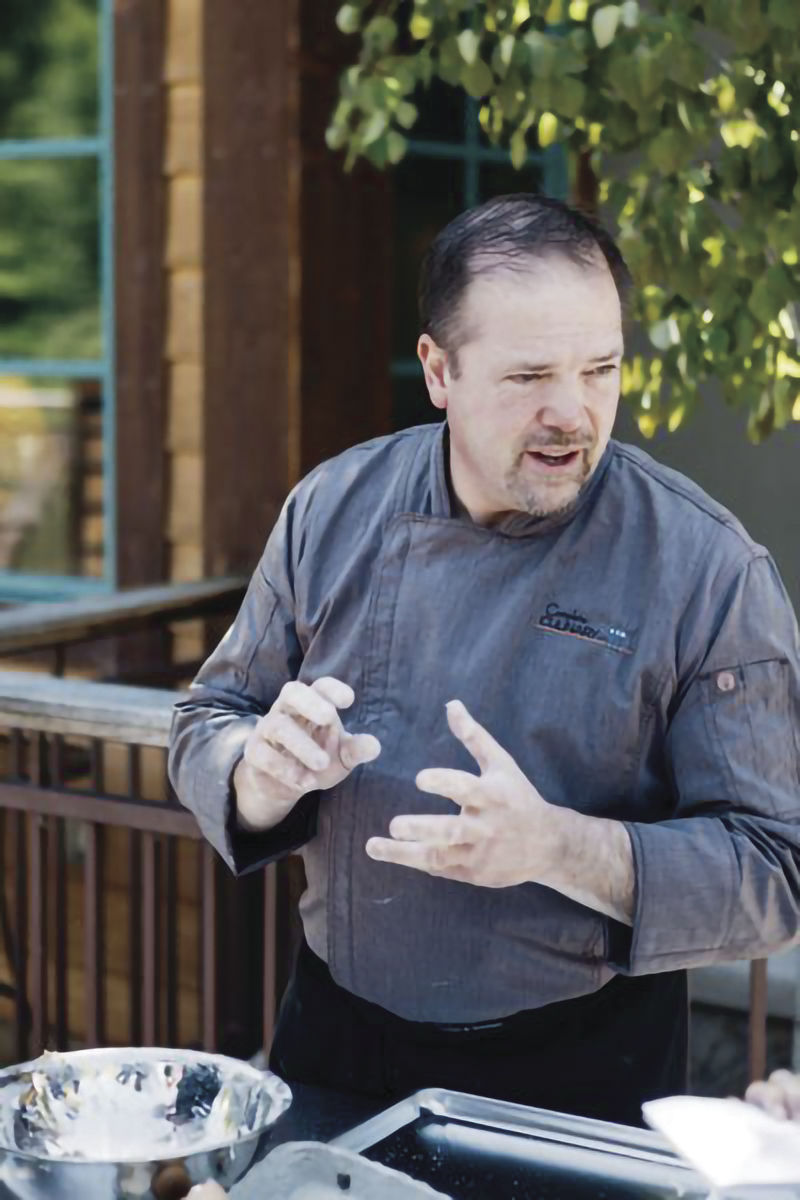 The Sun Valley Culinary Institute will soon be opening its doors to the public, hosting “enthusiast cooking classes,” serving as a venue for events and gatherings and providing a world-class culinary school for 10-12 students annually.

Located in Ketchum on the corner of Main and Second streets, at the former Cornerstone Bar & Grill, the institute will begin accepting applications for the culinary program tomorrow, Feb. 15, and classes are scheduled to commence Sept. 29, according to Dean of Curriculum and chef Chris Koetke.

In an interview with the Idaho Mountain Express this week, Koetke talked about the journey that led him to Ketchum, and his philosophy on teaching the art of cooking.

Originally from Chicago, Koetke has traveled the world teaching cooking techniques and skills. He began cooking at a restaurant when he was just 14, and soon began taking cooking classes to fine-tune his talents. Since then, he’s become a celebrity chef, earning accolades from many kitchens he worked in, and became executive director of Kendall College School of Culinary Arts in Chicago. In 2010, he was awarded the inaugural Chefs Collaborative Pathfinder Award for his work in making sustainability mainstream both within food service operations and education.

Curriculum for the institute will be two-fold, teaching hard skills necessary to be a successful cook or chef in any kitchen and soft skills such as working in a team environment, attention to detail and urgency in completing tasks, which Koetke called the key to long-term success in a kitchen. Through the unique program structure at the institute, all those skills will be put to the test after the first two months of schooling.

The year-long program will be structured in a two-four, two-four structure, with the first two months in the school’s kitchen, followed by four months in a paid internship at a local restaurant in the valley, then repeated for more education and more hands-on paid work experience in a new kitchen. The courses focus on developing a “strong, foundational set of tools,” Koetke said.

And since the institute is not accredited, Koetke said, it will have more flexibility to only teach culinary curriculum, and no additional fluff.

Though some future students might be locals, those coming from across the U.S. will have some housing options supported by the institute, including dorms at Sun Valley and rooms at the Lift Tower Lodge. Some financial assistant may also be available for students who can’t afford the tuition and full cost of the program, $12,500. Koetke is hopeful that with the opportunity of scholarships along with the paid internships throughout the year-long program, no student will have to be turned away for lack of funds. And following the year-long program, “you’ll be able to go anywhere,” Koetke said.

The program is open to students just graduating from high school, or those who may have been out of school for a while but have experience working in kitchens and want to expand their knowledge and skills to advance their career. Most importantly, Koetke said, the institute is looking for people “truly dedicated to this industry.”

But the schooling is only one piece of what makes the Culinary Institute a future icon. To begin with, Koetke said, the location is beloved and iconic in and of itself.

The Cornerstone Bar & Grill closed in 2017, but the history of the building dates back to 1884 when it was built. Since its creation, the building has housed a general merchandise store and a grocery store, and may have been used as the offices for the Ketchum Keystone, the town’s first newspaper, according to the building register.

Because of its historic status on the National Register of Historic Places, the building can’t be altered significantly. While the interior has been remodeled, given new flooring and light fixtures along with new appliances and countertops, the feeling of the building’s history remains.

Koetke hopes the space will also be an avenue to connect the community through enthusiast cooking classes and engagement with the culinary students. Part of the students’ curriculum will include creating lunches for themselves, their peers and members of the public, adding an “additional layer of stress” and giving future chefs the opportunity to engage with “real people.”

Is this yet another John Sofro scheme to wrangle money from this building?

They will continue to need funding to make this work

This is a terrible idea. Charging students $12,500 for an education that’s not accredited they can get simply by working in a restaurant. Anyone actually interested in this, do yourself a favor and go work for the great chefs we already have. This is almost literally a scam. Culinary schools can be a great idea when it’s actually accredited. Meaning, you have to learn hands on skills and learn finances. There’s a reason “fluff” is required. The people involved in starting this should be ashamed of themselves. Being a chef is already an almost thankless profession that doesn’t make you rich. Getting people to go into debt so you can put some money in your pockets is just wrong.