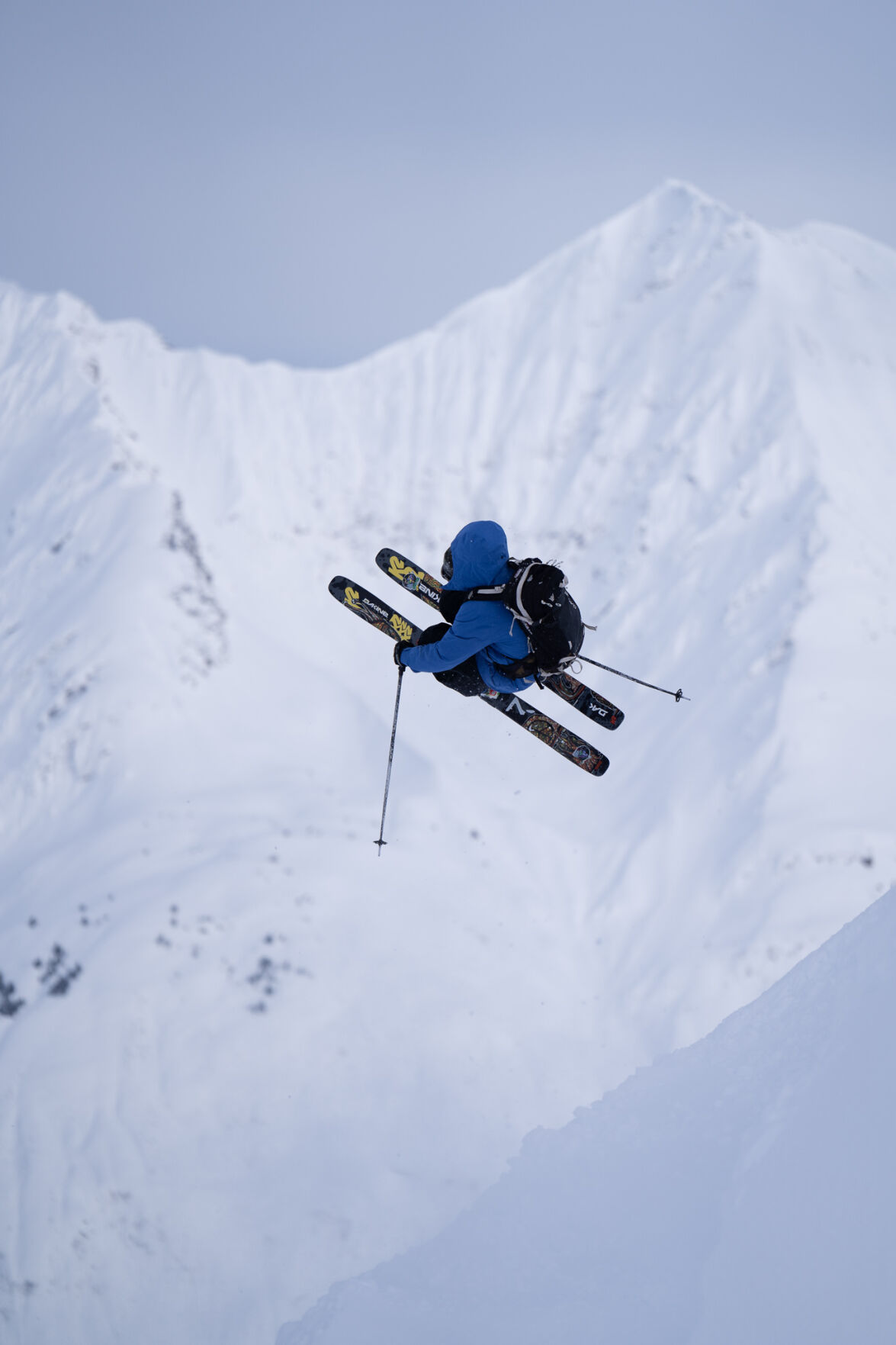 Karl Fostvedt takes to the air while skiing in Alaska. 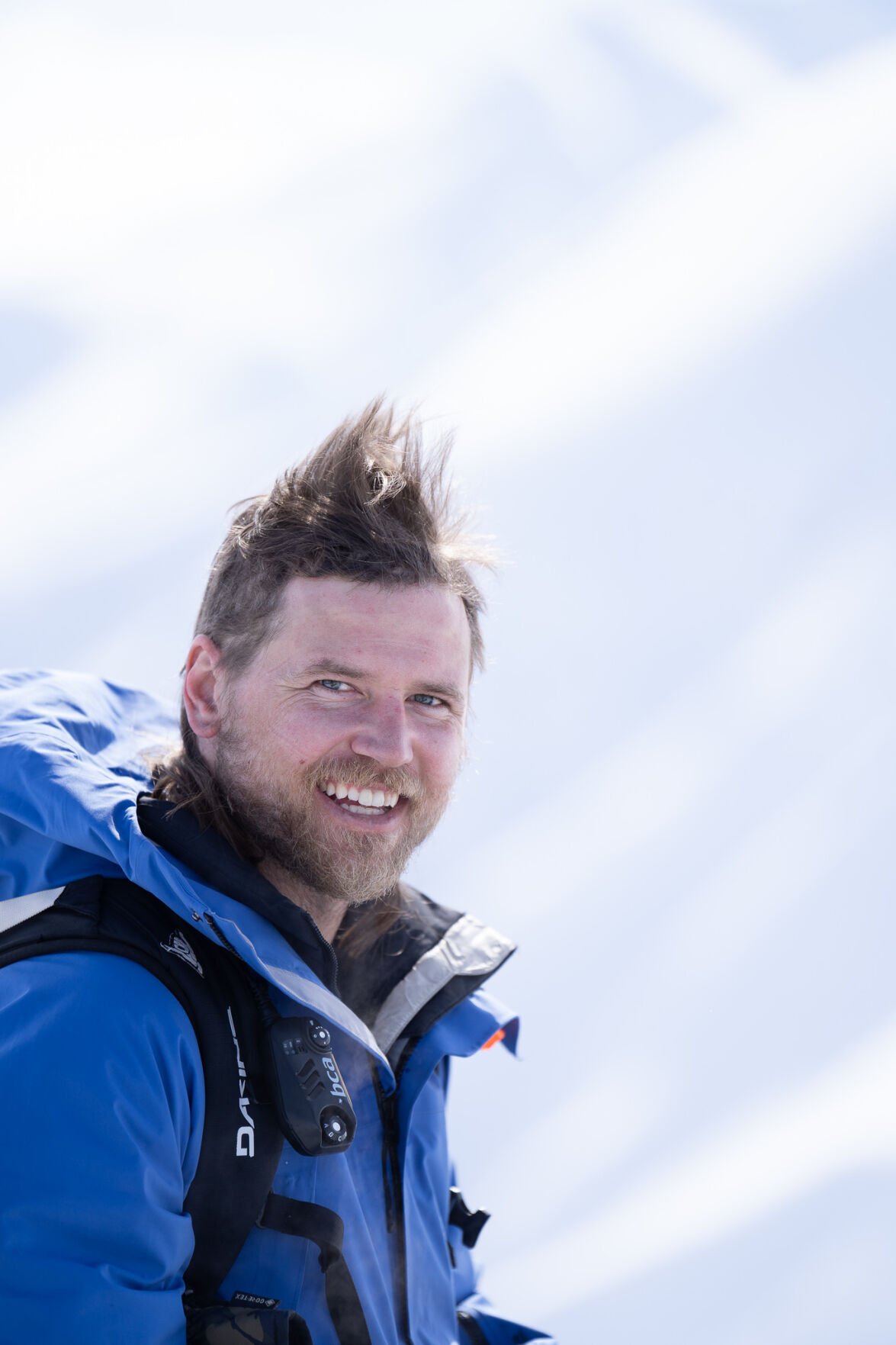 Karl Fostvedt takes to the air while skiing in Alaska.

When a crew of local skiers, led by Karl Fostvedt, took the stage at The Argyros for the premier of the second iteration of Fostvedt’s “Brap Ski” movie series Thursday night, the public got to appreciate only a sliver of the work that went into the film. “We ended up with about 18 terabytes of footage. We have thousands of hours that got compressed down to 25 minutes,” Fostvedt said. Fosvedt explained that Brap Ski 2, which takes its name from the sound a snowmobile makes, features less narration and more action, with an emphasis on big mountain skiing. “This year we really wanted to let the skiing do the talking. We took a semi-new approach with cast and style. I wish we had [narrator] Old Man Wayne in the movie again this year, but that was a one and done deal,” he said with a laugh. Fans of the first “Brap Ski” will remember Old Man Wayne from various cut scenes between the action. He told stories and jokes and helped weave together the action-packed clips into a cohesive film. “Originally, we were going to have this guy Randy Townsend in the [first] film, but he passed away about a month before we went to record it. I was telling Old Man Wayne about it, and he volunteered to give it a try. It was kind of overwhelming to be on camera for different sessions and get all the lines, so I didn’t want to put that pressure on him again this year,” Fostvedt said. In addition to the athletes, much of the filming and editing staff were the same as in the first movie. “We’ve got this guy out of Victor, Idaho, named Dan Gibeau who we’ve worked with for a number of years, who is the full package—really good backcountry skills, really good with the drone, and we were able to bring him up to Alaska this year, which was really exciting,” Fostvedt said. Fostvedt estimates that about half of the movie is filmed in the Idaho backcountry and half in Alaska. The change in scenery allowed for more variety in conditions, and, ultimately, clips. “[While filming ‘Brap Ski 1’], we had really high avalanche danger in Idaho for most of the year, so we really focused on jumps and smaller terrain. “In Brap Ski 2,” we had better avalanche conditions and were able to get on bigger lines. And then we got to bring a little bit of Idaho up to Alaska and experience the lines there, so I would say there is less jumping but more big mountain scenes.” The cast of athletes in addition to Fostvedt includes Wood River Valley locals Wingtai Barrymore, McKenna Peterson, John Ware and Luchas Wachs, as well as Daron Rahlves, Thayne Rich and more. Trevor Kennison, a paralympic skier honored at the X Games and featured prominently in the first Brap Ski, does not make an appearance in this edition. Ultimately, Fostvedt is just thankful for a chance to do what he loves in front of the community he loves. “As a kid, some of my favorite memories were going to Matchstick Productions and Poorboyz Productions premieres, and I remember going to those shows and then just being excited for the whole [ski season]” he said. “I just love seeing skiing on the big screen and getting people stoked on skiing, so I can’t wait to get together with everyone and get fired up on some good powder days.”