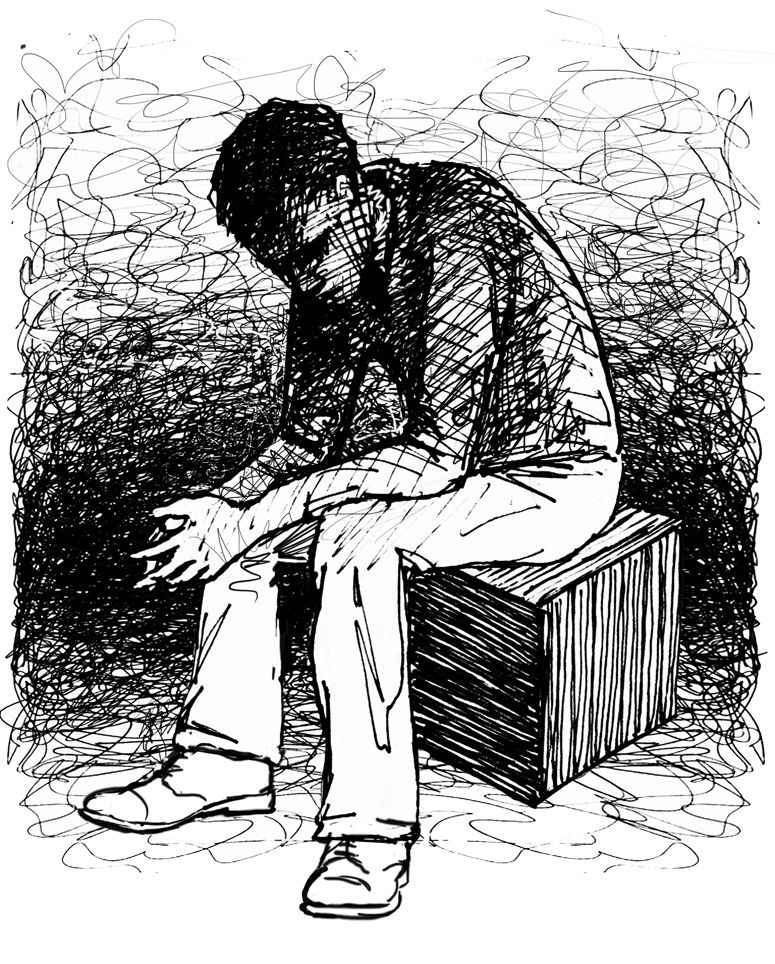 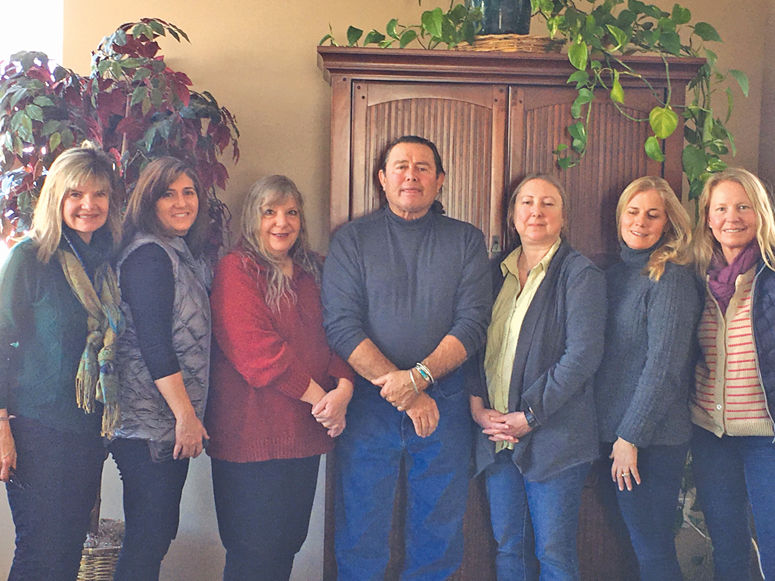 The Wood River Valley is full of fitness-focused, health-minded individuals who tend to eat well and encourage others to stay healthy. However, caring about physical health can lead some to push mental health aside.

St. Luke’s Wood River hospital found in this year’s Community Health Needs Assessment that Blaine County’s greatest health need, where resources would have the greatest impact, is in the area of mental illness.

Unlike physical illness, the assessment found, there’s a stigma around mental illness.

“The majority of adults who live with a mental health disorder do not get corresponding treatment. Furthermore, less than one-third of adults get minimally adequate care,” the assessment found. “Stigma surrounding the receipt of mental health care is among the many barriers that discourage people from seeking treatment.”

Erin Pfaeffle, the hospital’s director of community relations and mental health, helped create the assessment, and says understanding is key to ending that stigma.

“The primary way to do that is be open about having conversations,” she said. “Viewing [mental health issues] as the same as a physical health issues, continually educating our community and helping them become comfortable with mental illness.”

“It’s OK to ask somebody if they’re OK,” she said.

Suicide is the second leading cause of death for Idahoans ages 15-34 and for males ages 10-14, according to the state Suicide Prevention Network.

St. Luke’s assessment highlights the interrelated nature of substance abuse and mental illness, which are increasingly addressed together, even at the state level.

And yet, Idaho has a significantly higher ratio of mental health providers per capita, at 554:1, than the national median at 1,128:1. Those ratios, compiled by the Robert Wood Johnson Foundation and the University of Wisconsin this year, highlight Idaho’s spread-out population and a gap between available services and willingness to seek help.

Locally, there has been a recent hole in mental health services. That hole is where psychiatrist Tim Stoddard used to be. St. Luke’s Clinic, which takes most insurance as well as Medicare and Medicaid, needs a psychiatrist to prescribe medications to patients with mental health problems. Pfaeffle said there are three full-time therapists at the clinic. Even so, she said, the area needs a psychiatrist, and the hospital is nearing the end of its search for a replacement.

A provider with room to spare

Pfaeffle said there are more resources than those at the hospital, and the clinic can direct people to where they can get help.

One such resource is Positive Connections.

In a somewhat industrial area by St. Luke’s Clinic, at 141 Citation Way, there is a rather nondescript building. It’s large, boxy and industrial-looking. Without any signs, it’s difficult to know what’s inside. But upstairs in Unit 5, a small sign on a door reads Positive Connections.

Kim Hayes, a licensed clinician at Positive Connections, said the agency can’t advertise much, citing high expenses with rent and other essentials. However, she said the agency has a lot of mental health services to offer and can accept Medicaid, Medicare and almost every other insurance available.

St. Luke’s and Positive Connections are the only two clinics in the valley that can take payment through Medicaid. Positive Connections is also the only agency in Blaine County with a state license for substance-use disorder treatment. Hayes said that allows her agency to accept federal and state funds for those suffering from a substance-use disorder and/or are in trouble with the law, such as through probation.

Hayes said substance abuse is a large problem in the area, especially in young adults and teens, but also among adults. She said once people realize they can’t function as well as they used to, there is a problem.

Beyond those services, Hayes said, the agency can help with a broad range of mental health disorders, from eating disorders to childhood trauma. While St. Luke’s Clinic is only serving people older than 16, Hayes said her agency is working with children as young as 3. In a small community, she said, “you’ve got to be versatile.”

She said there seems to be increasing anxiety in younger children, especially those who grew up around the fear and uncertainty of the 2008 recession.

“I think we’re starting to see that impact on a lot of people,” she said.

Hayes also noted the recent loss of the St. Luke’s psychiatrist. While she thinks there should be a full-time psychiatrist in the area, she said her clinic is working with and looking into occasional teleconferences with psychiatrists in Boise. She said Positive Connections also has two nurse practitioners, both of whom can prescribe medication and can also explore alternative treatment methods.

She said the agency now serves about 40 people but has several clinicians accepting new clients, if people are willing to seek help.

“One of the hardest things is no one wants anyone else to know they’re struggling,” she said. “You don’t have to suffer in silence.”

For more information on Positive Connections or to schedule an initial appointment, call the agency office at 788-0146.

Another local organization is the National Alliance on Mental Illness, or NAMI, which has a local branch in Hailey.

Curt Mays has been either a member or a peer teacher of anonymous support groups at the NAMI branch for about seven years. Mays, now a NAMI board member, said he is a high-functioning person with depression. Even so, he said, after he moved to the area, he needed to seek out an encouraging group. That’s when he ran across NAMI in a newspaper.

“It’s very positive, first of all,” he said about the groups. “And it gives me a foundation to work from.”

He said NAMI gives people tools to help them steer their daily lives and education to help them understand they’re not alone. Beyond that, he said, NAMI is working to educate local businesses about how to create an accepting environment for those with mental illnesses.

Mays said that in a former job, his employers didn’t know how to handle his outbursts. Instead of asking if something was going on or offering to help, they saw moments when he lashed out and admonished him.

For more information on courses, groups or mental health statistics, visit the NAMI website at www.nami-wrv.com.

McCleary notes that in 2010, the state substantially cut funding for mental health services, eliminating a health office in Bellevue. Working with stakeholders throughout the area, including law enforcement and the St. Luke’s Wood River Foundation, the St. Luke’s Mental Health Clinic in Hailey was born.

McCleary said the county is still working to improve services, often pioneering programs to help valley residents. For example, she said that this year, the county paid to contract out for transport services to state mental health facilities.

She said that if someone is in a mental health crisis, they’re given a designated evaluation at a local hospital. If the evaluation shows a person needs further help and needs to go to a larger state mental health facility, “that individual was always transported in a sheriff’s police car in handcuffs,” she said.

County Sheriff Gene Ramsey said he proposed the idea to contract out for other drivers last year for a few reasons.

“One of those reasons was people that are in crises probably don’t need to be in the back of a police car,” he said, noting that the police car and restraints could be added stressors.

He also said a contractor would free up his limited number of officers to continue work in the area. He said his department transferred between 10 and 25 patients a year, always with two officers and usually to Twin Falls, Pocatello or Boise.

He said his office continues to work with local groups and sends officers to crisis intervention training when he can, but there is only so much he can do with limited staff and resources.

McCleary said other counties have considered working with Blaine County to share the contracted vehicles, hoping to improve their own services. However, she added that there are plenty of other things that she would like to improve in both the region and the state, especially given her latest appointment as a part of the state Behavioral Health Council.

“Through my work on the different boards, I have become frustrated in particular with Idaho’s mental health services,” she said. “[The Behavioral Health Council] meeting was, for me, one of the best meetings I have been to as a commissioner and I feel so much more hopeful for this system.”

The Blaine County School District has also made progress in the area of childhood mental health. Last year, two school social workers were sent to training on mental health first aid, which allows people to spot problems early on. The two then went on to teach the first-aid techniques to all other district staff, including teachers and bus drivers.

The Center for Community Health also has a guide for helping those seeking mental health services in the area called “Get Help! A Mental Health Resource Guide.” The guide, created with support from St. Luke’s Wood River Foundation, gives a list of possible warning signs and resources to address them.

“If a person starts struggling to function at work or school, that’s a red flag,” the hospital said in a recent news release. “Many times, people wait too long to reach out for help. Like many illnesses, prevention and early intervention can reduce the impact of mental health conditions.

“Tragically, mental illness is strongly associated with suicide. Mental health disorders, substance abuse challenges, or both, are a factor in 90 percent of all suicides. Fortunately, there are multiple resources available within our community to help us deal with stress and mental health conditions.”

That guide can be found at www.stlukesonline.org/gethelp, and is available as a flyer in many grocery stores, post offices and at St. Luke’s regional hospitals.