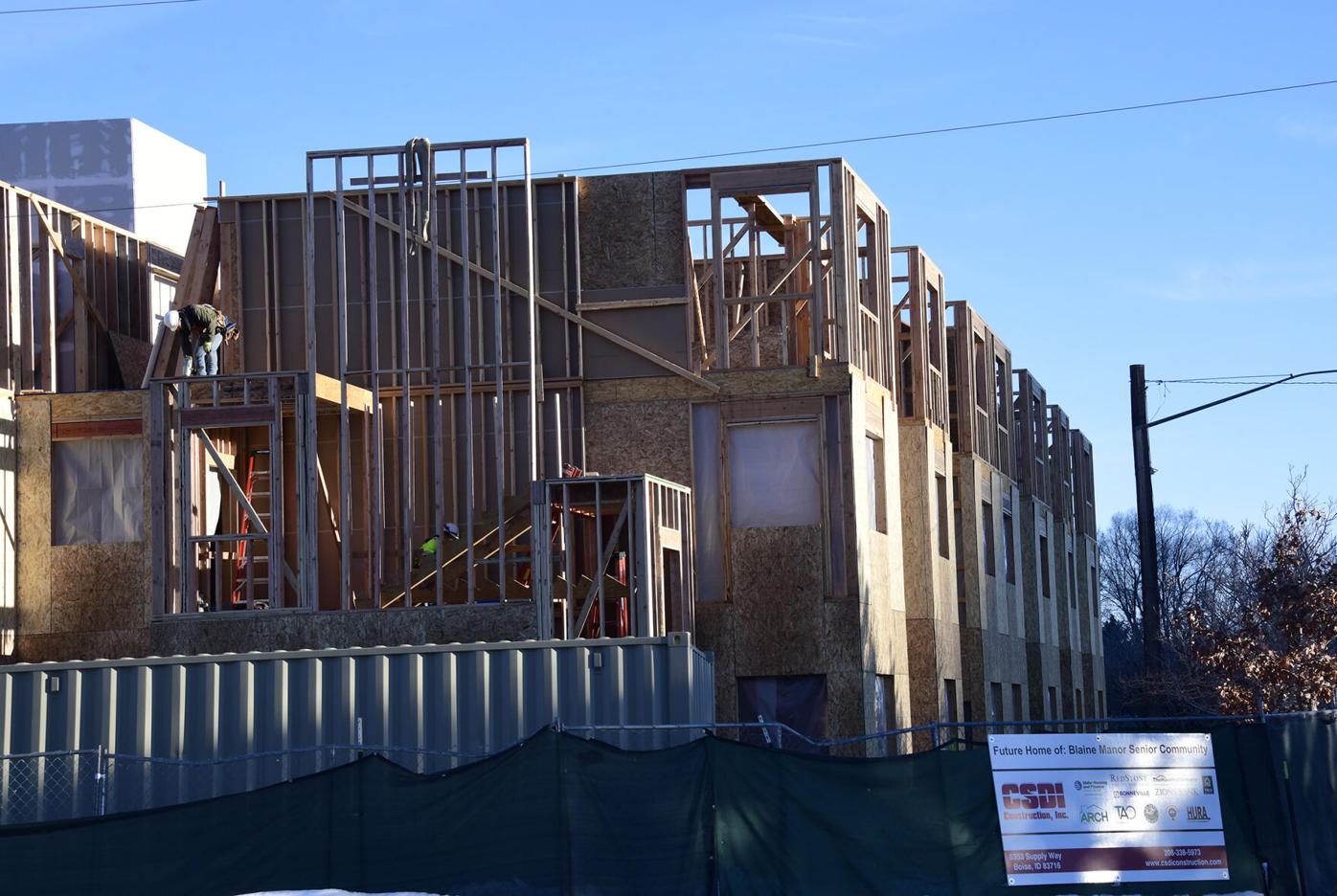 The Blaine Manor Senior and Family Community accounted for nearly half of residential units approved in Hailey in 2020.

Hailey issued more building permits last year than it ever had since the Great Recession.

The city of Hailey approved 133 new residential units in 2020—up a whopping 177% from the 48 units it approved in 2019, according to a year-in-review staff report released last month.

By comparison, an average of 38 residential units were approved each year between 2016 and 2019.

The units approved in 2020 included single-family homes, townhouses, condominiums and apartment units. Of the 92 multi-family units approved last year, 60 came from the Blaine Manor Senior and Family Community project and 16 from Silver River Residences, both of which are still in development. The 41 single-family homes approved last year were mainly proposed for Hailey’s Old Cutters, Northridge and Woodside subdivisions.

Blaine Manor accounted for nearly half the city’s residential units approved in 2020 and came out on top in terms of construction cost with a value of roughly $9 million, according to the report.

The city’s total estimated value of new construction in 2020—measured by building permit fees paid—also more than doubled from 2018.

Wrong type of construction boys! City of Hailey approves anything that will throw them a dollar bill. Bad location for a senior center. Gateway to our City and it screams we are fed by local government and your tax dollars. HAILEY IS FOR SALE TO THE HIGHEST BIDDER. Cannot blame grandma Martha. Ya'll voted for her and Linnet and Martinez.. We are are now a Sanctuary City welcome to Hailey. Pathetic cross section of America.