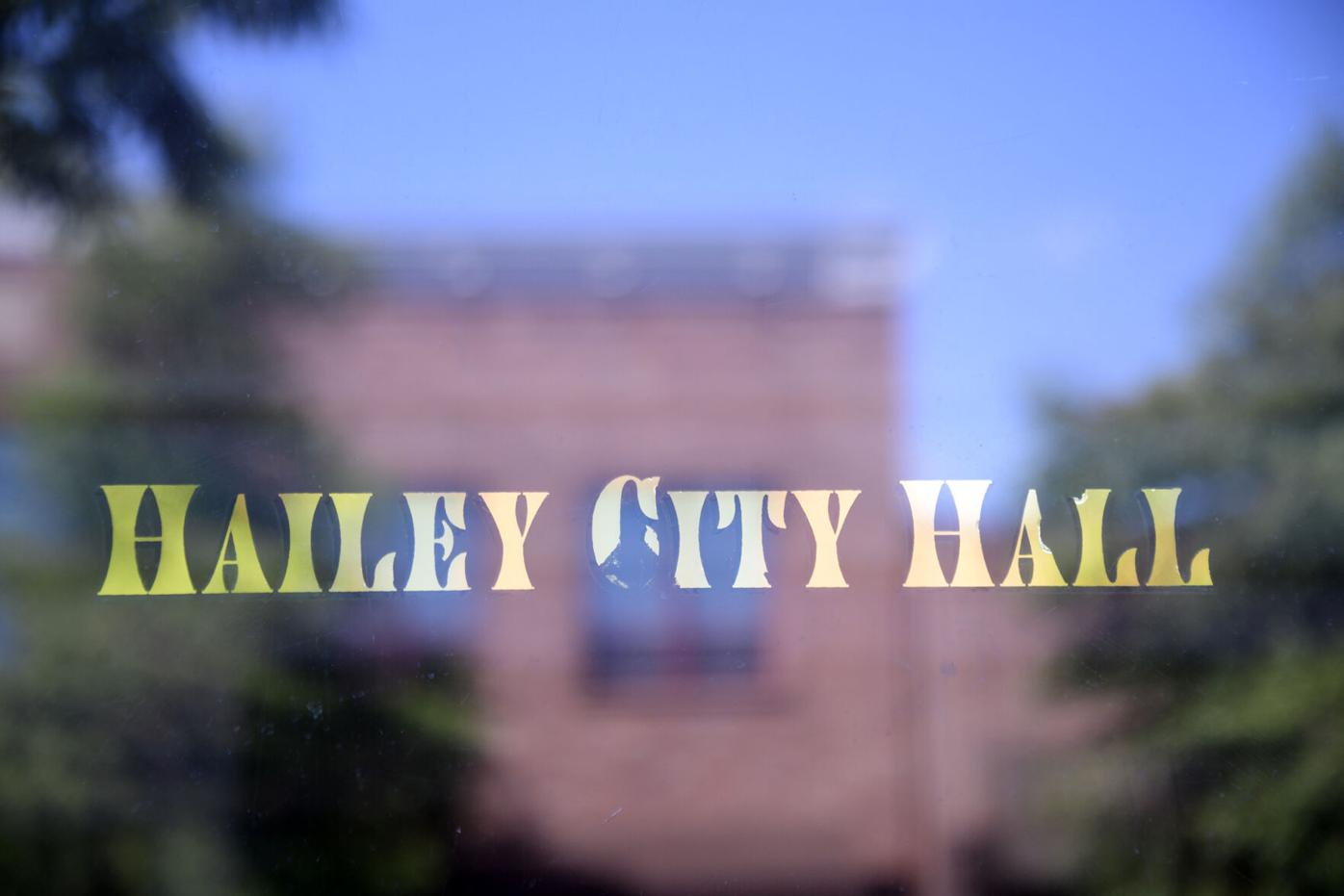 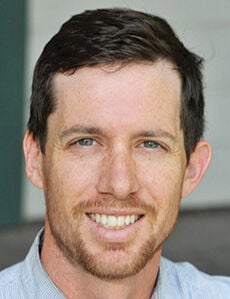 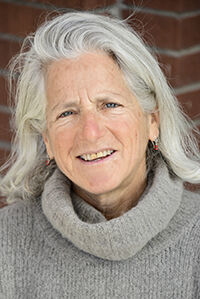 The Hailey City Council agreed on Monday to renew the city’s emergency health order and continue to require masks for another 30 days, mirroring its decision one month ago.

The health order requires residents and visitors 5 and up to wear masks, face coverings or face shields in indoor public spaces and in outdoor settings where social distancing is not possible. Exemptions apply to people spaced apart 6 feet or more outside, people eating or drinking at a food establishment, participants in athletic tournaments, first responders and anyone undergoing a medical procedure involving the face.

The council previously voted on Oct. 12 to continue mask-wearing by 30 days with an understanding that the order would expire on Nov. 11. But the order will actually expire on Jan. 10 due to a clerical error that erroneously listed a 90-day extension instead of a 30-day extension, City Attorney Chris Simms noted on Monday evening.

That came as news to the council. Regardless, councilmembers agreed that a sunset date of Jan. 10 was reasonable as long they had an option to repeal the order at any point.

Simms said no voting action was required on Monday to extend the mask requirement.

“This was an error on my part,” Mayor Martha Burke said, referring to the document with the typo that she had signed.

"Some things need to be black and white."

“As a ticket checker at Sun Valley Co. [last winter] with a bunch of tourists coming in, I only really felt safe with a mask on,” Martinez said. “I also don’t want people to have to guess what it’s going to be like in any business. A mask mandate makes it clear.”

Linnet said that while COVID-19 numbers are improving locally, the St. Luke’s health system has a backlog of thousands of surgeries, crisis standards of care are still in place and ICU bed availability was in the single digits last week. Local doctors have continued to ask city leaders to pull out all stops to fight the virus, including a mask requirement, he added.

“It would not be in our best interest to rescind our mask order against the advice of the healthcare advisors that we have been listening to for the last year and a half,” he said.

Linnet also stressed the importance of not acting alone, but in concert with other jurisdictions.

“From a policy perspective, we have acted in unison throughout and I would like to see us continue to do that. After a pretty rough fall, metrics are finally trending in the right direction,” he said. “The conversation now is shifting now to ‘How do we address this in the long term?’—COVID is not just going to go away next week or next spring.

“The reality is, this public health crisis transcends arbitrary jurisdictional boundaries, and we need to create a [countywide] public health strategy before we get rid of masks.”

Burke said she was most concerned about Blaine County employees who commute from surrounding counties that have vaccination rates below 50%. (According to the Idaho Department of Health and Welfare, Lincoln and Minidoka Counties had a vaccination rate of 35% as of Tuesday morning; Gooding County, 36%; Butte County, 41%; Custer County, 43%; and Camas County, 48%. Idaho’s average sits around 50%.)

“Our population is well-protected to a certain degree. The question is, what about those who come here to work from those counties?” Burke asked. “That is my concern.”

Thea took what she said was a “devil’s advocate” stance and asked if it was time to move to a mask recommendation as opposed to a mandate. As a baker at Hangar Bread, Thea said she has personally observed some customers not wearing masks but has not asked them to leave.

“People who wear masks are going to continue to wear masks and people who don’t, won’t. It just is what it is. At some businesses employees are not wearing masks at all,” she said.

Thea then questioned the city’s ability to enforce its health order.

“Yes, our police are trying their best to have discussions with businesses when employees are not complying,” she said. “But honestly I don’t think we have hardcore enforcement. I would like to ask what does a mandate do to keep us safe that a’ highly recommend’ mask policy doesn’t?

“If there’s not going to be an emphasis on strong compliance with consequences—tickets, fees—and no signs on businesses, do we as government officials want to continue this mandate?”

“I see COVID happening—I have a number students out right now—but I’ve been going back and forth” between a requirement and recommendation, she said. “Enforcement has been challenging.”

Linnet responded that “no law, even speeding, can be enforced 100%,” but that he believed the city’s mask requirement had been effective so far.

“If there is not clear policy direction from the city, people are going to say ‘It’s not as serious now. I forgot my mask in my car but don’t need to get it,’” he said. “Some things need to be black and white.”

Burke initially opened Monday evening’s comment session but closed it after no one participated. Hailey firefighter Phil Rainey then took a seat in City Hall and Burke reopened the session.

Rainey, who regularly testifies against the requirement, asked the council if they knew of any studies that prove that masks “stop the virus” and questioned what he said was an assumption by the city that “everyone is a potential carrier.”

“Don’t make a decision out of fear. You’re peddling fear and people are sick of it,” said Rainey, who was asked by a policeman in City Hall to wear a mask.

Hailey resident Dennis Harper echoed Rainey’s sentiment, adding that he believed the mask requirement was ineffective and “half of the people aren’t wearing masks in the grocery store.”

“I wish there was a bit more logic and decision-making versus emotions. I am hearing from the council, ‘This mask mandate makes me feel better,’” he said. “If you got the vaccination, you should be protected.”  

PETA has a very interesting story to tell about the man who has given us the mask recommendations. Even if you strongly disagree with PETA, you should read what they have to say.

It makes no sense to me what people think masks are doing. Over and over again I see people wearing masks, yet they strike up a conversation with someone and immediately both parties remove masks or love them down?? Or right outside the door of a store within 2 feet of each other no masks. Why is this even a debate? Recommend the masks, but keep your medical tyranny to yourself.

I didn’t vote for Kaz Thea but thank you Kaz for a reasonable approach. No one in this debate is bringing us closer together as a community. Kaz is right, people that don’t want to wear masks aren’t going to and the city doesn’t have the power or influence to make them. So as representatives of the people the city council has an obligation to try to figure out a solution. I’m fine with the city recommending masks although I don’t think we must wear them. And I’m way more open to hearing from people like Kaz who sees that he constituents need something more than heavy hand that the city doesn’t have the ability to back up. The solution this far has been to try and force those on the other side of the Covid spectrum to comply to their opinion. It’s not working. Suggest masks if you must but be willing to find other solutions or at least have the conversation. We are getting nowhere with the do as I say approach.

If the logic of your (and Kaz`s) argument held water we would allow DUI`s, tax evasion, meth use and domestic violence.

Badger, crawl back in your hole. If you equate people who don’t wear a mask to those who drive drunk, use meth or beat their spouse, I can assure you no one here wants to hear from you.

The underside of your slimy rock has impaired your cognition. The point is that DUI’s and no-masks put others at risk. Save your vitriol for shaving in front of the mirror.

If you are vaccinated, how are you at risk? I am vaccinated against 23 diseases +, and never got any of them. I have been exposed to a few of them and no infections.

There is a threat, you wear a mask, get vaccinated and social distance, you are safe.

As if none of that is happening now.

When in doubt, stick with the clerical error and double the length of the mask mandate.....why not, the sheeple will follow

You people are idiot sheeple! Baaahhhh......

I think for the last few months the sheeple are the people filling the hospital rooms, ICUs, and needing ventilators.

That's a pretty rough comment, but I understand the sentiment. I presume some of those you describe did what they were supposed to do and were still unfortunate.

You are right, that was too harsh. I should have added a qualifier: “are the overwhelming vast majority of the people” The others, who were vaccinated, were likely

Another I did include was “the last few months”