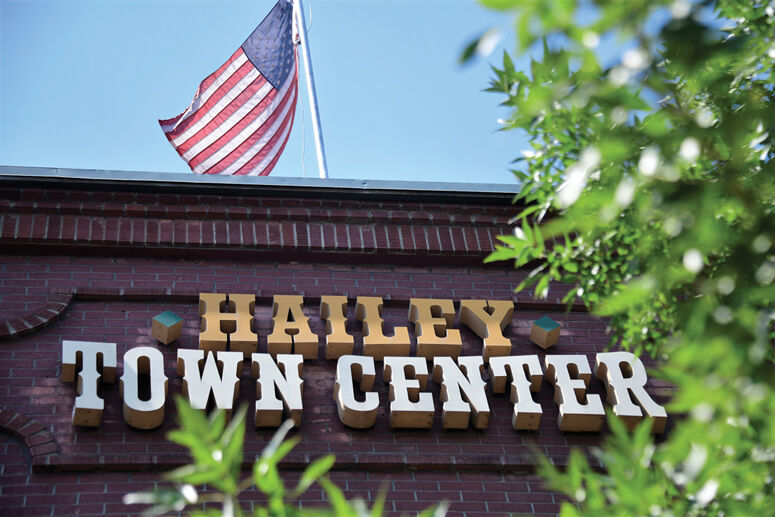 The city of Hailey will use $950,000 in unspent capital funds from this year's budget to buy 116 S. River Street, a potential town square site behind the Hailey Town Center campus. 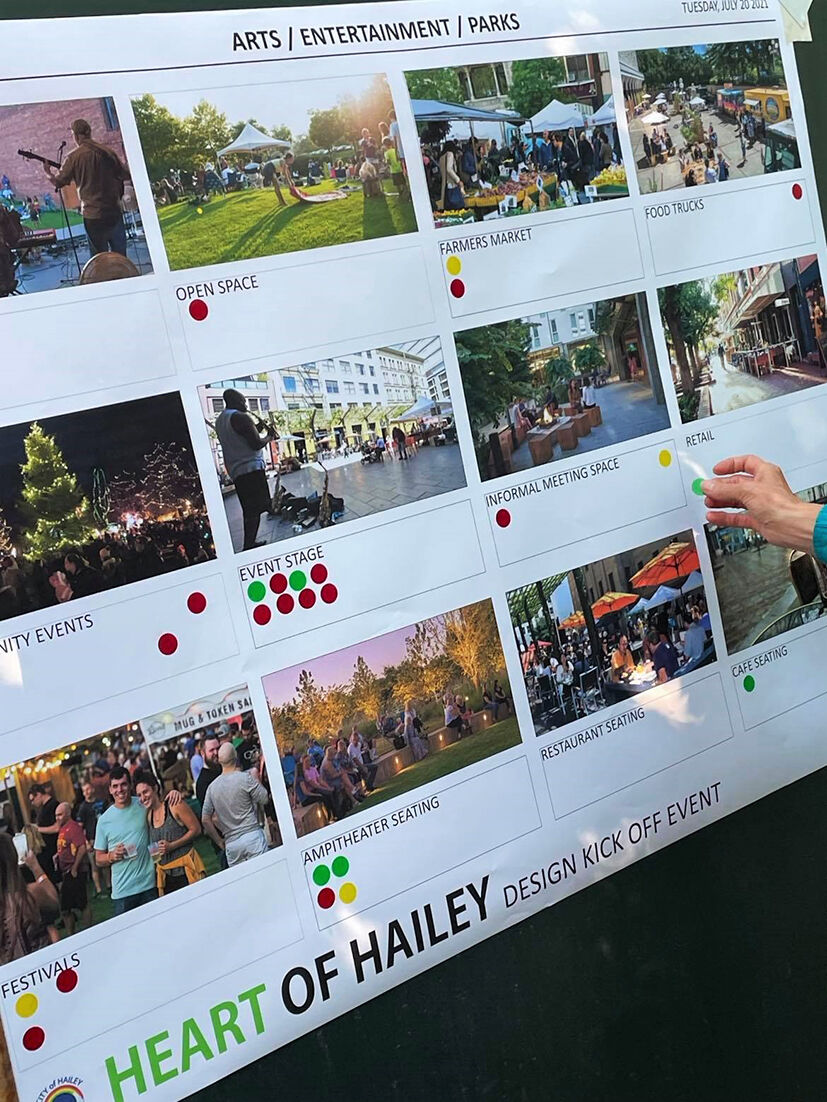 At a public workshop in July, residents were asked to vote on their favorite site amenities they’d like to see at 116 S. River St.—such as amphitheater seating, a depressed lawn or shaded café seating—with colored dot stickers. The city of Hailey will buy the quarter block of land with $950,000 in capital funds.

The Hailey City Council increased the city’s current budget by over $1 million on Monday to make room for an imminent $950,000 land acquisition and $200,000 in federal reimbursements for its small-business relief program earlier this year.

Together, the additional line items brought the fiscal 2021 budget from about $12.7 million to $13.9 million.

Last Monday, councilmembers voted 3-1 to buy a quarter block of land between the Hailey Public Library and River Street using $950,000 in unencumbered—that is, unspent—capital funds.

The parcel—dubbed the “Heart of Hailey” by the city—could become a town square, library extension, pedestrian walkway or event venue, depending on public input received, Mayor Martha Burke said Monday. It includes the old Post Office building, which until recently housed Copy & Print.

“Maybe this will be a town square, maybe an extension of the library, maybe a central location for tree lightings, concerts and events that draw the community together,” Burke said.

Hailey officials had hoped to acquire the soon-to-be city property for over 20 years before it finally hit the market this summer, the mayor said. The 14,000-square-foot parcel has long been a candidate for a town square due to its relatively secluded location off Main Street.

The bond election will ask residents whether the city should increase property taxes by an estimated $20.52 per $100,000 value annually to reimburse the city for its purchase; to pass, the bond will need a two-thirds majority vote.

Workshops and community surveys on potential uses for the property will be conducted leading up to the election, Burke said.

“We can’t ask what this will be if we haven’t acquired it yet.”

“I’d like to take a survey out to residents once the purchase is complete and ask, ‘What would you like to see here?’” she said.

The City Council first held an outdoor workshop on July 20 to gauge the public’s enthusiasm around acquiring the site. Landscape architects Chase Gouley and Ben Young suggested expanding the alleyway between Copy & Print and the library into a pedestrian plaza.

Hailey resident Keith Winnovich, the only participant in Monday’s public-comment session, supported a library or City Hall expansion but felt that businesses would suffer if the alley was closed off to traffic.

“That alley is necessary for parking and access,” he said.

Burke responded that it was too soon to share design plans.

“That’s not the question tonight. It’s ‘are you opposed to the purchase or OK with it?’” Burke told Winnovich. “We can’t ask what this will be if we haven’t acquired it yet.”

Winnovich then asked in more general terms whether the property “would bring value to the city” or “be more of an expense to maintain.”

“If we’re going to invest in this, what does it mean for the community?” he asked.

Burke said the main objective was to expand the Town Square campus “adjacent to City Hall, so that it could be used for a public purpose.”

Ketchum was one example not to follow, she said.

“If you look at their struggle now, they can’t stay in their current footprint because they can’t expand,” she said.

In previous council meetings, Martinez and Linnet said that the community had wanted to see a town square long before they were elected. Linnet and Thea agreed that an estimated interest rate on the bond—1.15%—made it hard to walk away from the opportunity. (At that rate, the total amount to be repaid over the life of the bond would be $1,044,400, with $950,000 in principal and $94,400 in interest.)

Councilwoman Heidi Husbands maintained her opposition to the “Heart of Hailey” land acquisition on Monday, saying it lacked public backing.

“As I voted in the past, I do not think we should purchase this property using capital funds. We should instead put this decision in front of voters in November,” Husbands said.

Martinez noted that it was already approved by council majority.

“This seems like just paperwork from my perspective,” he said, referring to the budget reallocations.

I'm confused. Hailey wants affordable housing right? Their handpicked P&Z turns down an offer by a local apartment owner to build 24 low income units; they raise water and sewer rates by more than 10%; want to buy real estate for a city center in the middle of a real estate BUM; and complain when real estate rents increase. Hmmm! So much for buy low and sell high. My only guess? It does matter when your spending someone else's (i.e., taxpayers' money)

$950K is pretty costly for buying what appears to be a small amount of property. Also, I agree that with real estate cost so high, is this the right time? Not even sure “affordable” housing is realistic at that cost. Expanding City Hall sounds self-serving.