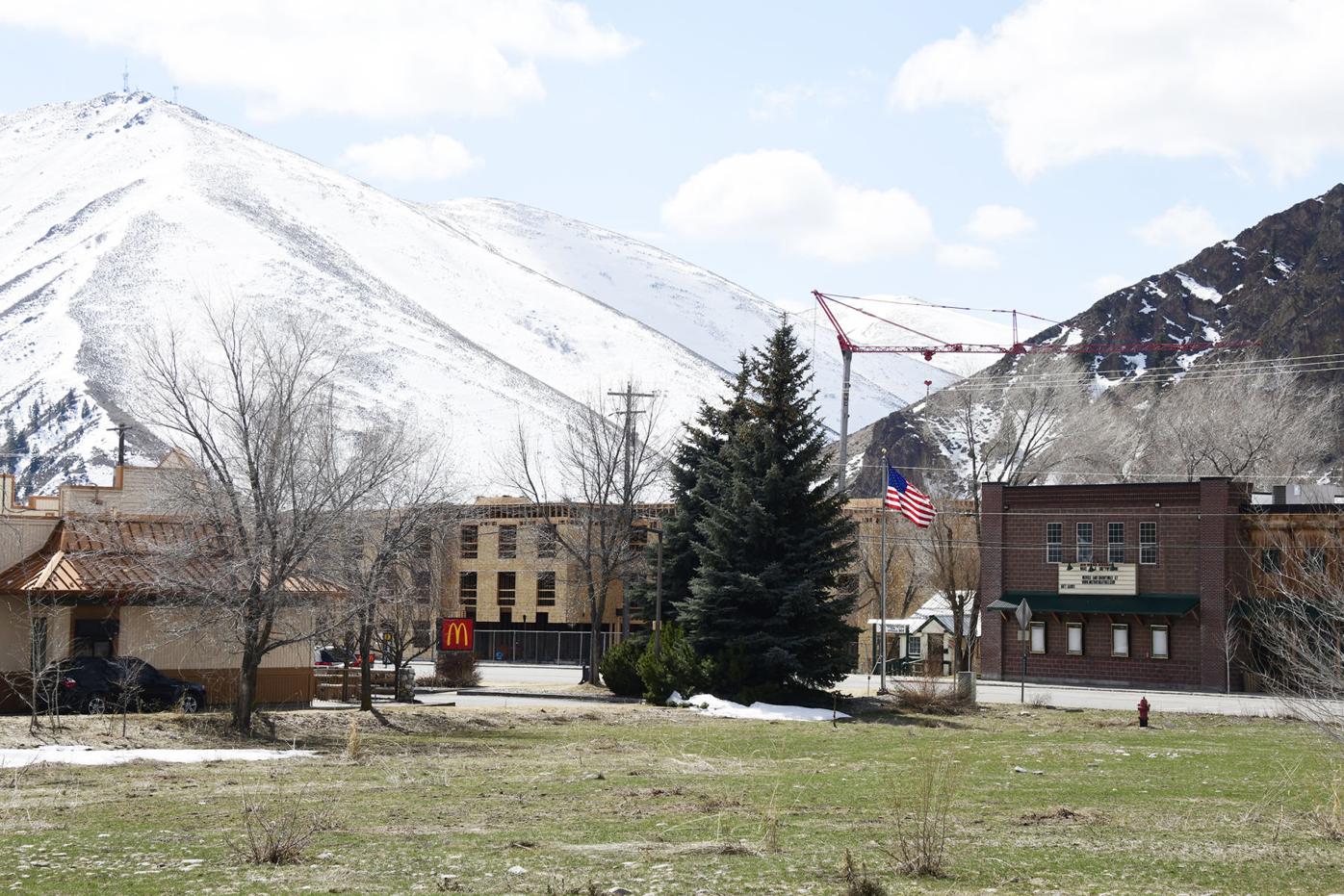 Rules enhancing Blaine County's isolation order halted construction in the county and its cities, including the Marriott hotel build in downtown Hailey, will lapse on Monday. 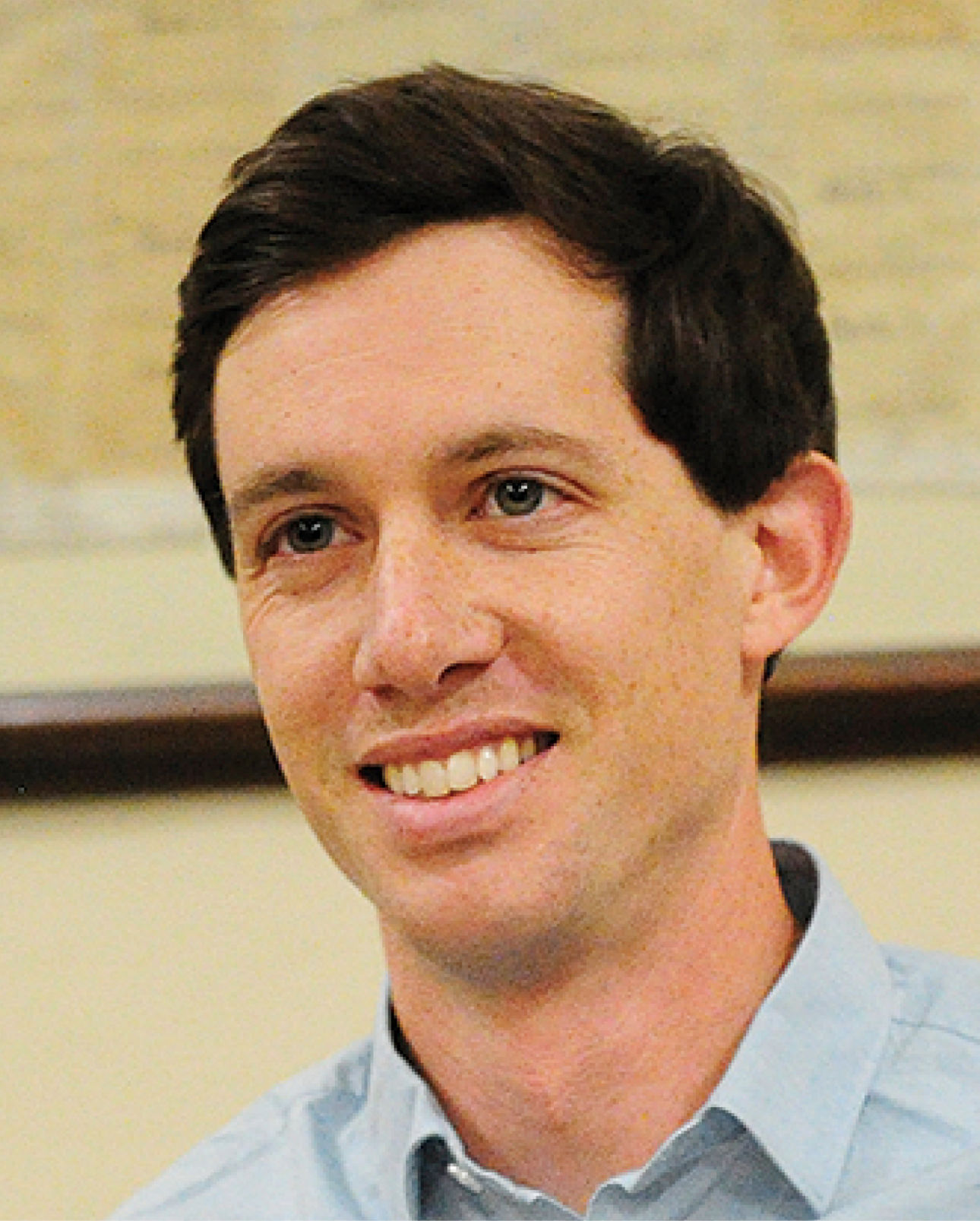 The 18 regulations—which fall on contractors to enforce—require workers to wear personal-protective equipment such as masks and gloves, stay on-site during lunch breaks and only carpool with those they live with. Contractors will also be responsible for providing their crews with handwashing or sanitization stations, enforcing six-foot social distancing measures and ensuring that only one worker occupies a confined space at a time.

Prior to the council’s verdict, Sweetwater Communities Project Manager Kameron Spencer said if construction reopens, he would police his workforce to the best of his abilities—though 100 percent compliance would be challenging.

“Gloves, masks and face shields are in short supply now,” Spencer said during the meeting’s public-comment period. “It’ll be difficult to have the spotlight turned on our construction guys while they’re trying to do their best to complete their projects. But it’s imperative the city allows construction to start back up. We’ve already lost our place in line in the supply chain.”

Some commenters alleged discrimination against the construction and landscaping industry, pointing out that grocery workers haven’t faced the same scrutiny over the past week.

Councilman Sam Linnet said he took issue with that characterization.

“There are plenty of small businesses and restaurants deemed ‘non-essential’ that have closed, and they haven’t complained to us once—they’re suffering just as much,” he said. “If anything, I think construction was given special treatment by the state, being designated an essential service.”

“It’s disheartening to hear that there are still people are still concerned with our [construction] guidelines, which we adopted with a lot of confidence,” he said.

Martinez added that the construction industry makes up about 40 percent of jobs in Hailey, and with such a large workforce comes a higher risk of COVID-19 spread.

“If we’re going to allow construction back in practice, we need to count on the construction industry to get us through this,” he said.

Councilwoman Heidi Husbands said she trusted the construction and landscaping community to follow the city’s guidelines, but a COVID-19 spike would necessitate a more stringent public-health order.

“[Construction and landscaping workers] need to step up and comply with these guidelines,” she said. “This is their burden now.”

“I don’t take my decision lightly, but I’m ready to move forward with letting our order expire and revert to the state order,” she said.

Linnet said it made sense to re-open construction with voluntary guidelines—reserving stop-work orders and misdemeanors for “egregious” violations—but stressed that COVID-19 is far from over.

“I think the data proves that we’ve worked hard and made sacrifices to bring down COVID cases. It’s reassuring to know that that we’re capable of flattening the curve, and if there is a second wave, we can do something about it,” he said. “But this decision is not a signal to the public that we are returning to normal.”

When the city makes its transition to Gov. Brad Little’s statewide stay-at-home order on Monday, Community Development Director Lisa Horowitz told the Express that both misdemeanors and stop-work orders are possible consequences of guideline violations.

“This decision is not a signal to the public that we are returning to normal.”

Construction is seen as a vital part of the economy, just like manufacturing, and so must continue for as long as possible. So I absolutely support housing construction. Housing is in short supply. I question other construction. I live where there is a lot of construction going on, and I’m not seeing physical distancing among construction workers. Will construction workers end up being a pool of transmission? I’m concerned. https://www.ablesafety.com/course/4-hour-rrp-lead-safe-renovator-refresher

Shutting construction down didn’t flatten the curve. Construction workers and landscapers weren’t responsible for the high number of cases in the first place. Construction in all other counties, including Ada, continued and they had the same results we did with regard to reducing cases because of the stay at home order and responsible social distancing, not the construction moratorium. Math is hard but you are extraordinarily dense."

You are just flat out wrong. Since the start of Blaine County isolation order Ada County has added cv19 cases at twice the rate of Blaine. Your guess or hope or wish that construction and landscape workers don't transmit the disease isn't borne out by any facts. A virus that can be transmitted by person to person contact is in fact limited by reducing person to person contacts no matter what the setting.

So a county of nearly 500,000 people (20x Blaine County) has a higher infection rate? Shocking. And that is the point you're making and your proof the construction moratorium here worked? Again -math is hard. Science is also hard. Maybe take up a new hobby. You're not good at this.

You're also not very "against the grain". You're following the Democratic grain right off the end of the plank.

This content of this article is a perfect example of why the Hailey City Council decision is so irresponsible. Councilwoman Husbands says she trusts the construction industry, yet the article quotes a construction manager of one of the largest projects in Hailey saying compliance with the 18 criteria will be challenging and full compliance unlikely, and he cites unavailabilty of PPE equipment. City Council, if you truly want to be responsible, require anyone going back to work to be tested, to at least guarantee the industry is starting with a clean slate. Oh, I forgot, broad poulation based testing isn't avaialble. Exactly why other locations with similar infection rates per capita are not allowing this kind of activity. All of us have suffered, vitually every business in the valley is under severe duress. We've made these sacrifices together and IMHO the City Council lacks the guts and resolve to make a difficult decision based on the recommendation of medical professionals for the sake of public health, and instead caves to pressure focused on absolutely non essential activities like lawn spring cleanup and residential construction. Yes, it's inconvenient to delay those activities. It's also inconvenient for hospital workers and responders to put themselves and their families in harms way in the process of doing their jobs under misguided leadership across the county.

This is all based on some understanding of this illness you have but no one else does? The fact is, your opinion is based on fear and anxiety, not facts. No one really knows if this was all really necessary or not. The passionate paragraph condemning city leaders is not based on any science, but it is true that, like you and everyone else, Hailey City council has no idea how to deal with this because NO ONE does. With a mortality rate of less than 1%, you'll probably be okay, though.

Pls take a look at the graph in the upper right hand corner of the page and think again about if "all this" was really necessary. You don't need to take your math out to 3 decimals points to know that shutting things down flattened the curve.

And what we don't have is an abundance of testing, or PPE, the things that could make reopening a lot safer. And btw last week in SV the landscape workers wearing the masks on their ball caps was not a good look. So the risk is it blows up again and then all the pain suffered so far is for nothing because the only defense is shutting every thing down again. It's the only tool in the tool box.

Shutting construction down didn’t flatten the curve. Construction workers and landscapers weren’t responsible for the high number of cases in the first place. Construction in all other counties, including Ada, continued and they had the same results we did with regard to reducing cases because of the stay at home order and responsible social distancing, not the construction moratorium. Math is hard but you are extraordinarily dense.

And 90% of those infected have recovered. So that means there are 50 people, or .002% of valley residents infected right now, not 500. Is that really something to be afraid of if most people are still taking precautions? Is that worth all this anger and finger-pointing? And I know people will say, "but the number could be 3 times higher! TESTS!" Okay, so .006% is scary to you? Take a breath. Heal your brain. This is not the end of man.

Also, it's not about "non-essential spring clean-up and residential construction". It's about real people who provide those services being able to make a living and provide for their families. You are out of touch and your pretentious Democratic entitlement is showing.

SM, you do what for a living?

“This is their burden now.” It's not a burden at all if there is no enforcement.

So while our first responders are pressed for PPE, every landscaper, and construction worker will compete for gloves and masks. Then when we peak again there will be another shortage for the people that need it the most. Then again, maybe it is just another flu and things will be fine.

I neglected to add that the "Idaho Mountain Express" poll last week received 893 responses. That is a huge response from our population by pollster standards. The question asked was whether or not you agreed with reducing our local corona virus restrictions (in place at that time. Response was 72.5% "No"

Okay, sure, go ahead and reopen the town and businesses. Just be careful for what you wish for. I hope for the best but fear for the worst!

Stay under your bed, then.

At the very least this decision should have been delayed until May 1 or even the 15tth to assure the curve is consistently flattening. Look to our neighbors to the West; California, Oregon, and Washington who are nationally considered to be the poster children in controlling this virus. They require masking by all in open businesses and public places, strong separation enforcement and have major testing programs. and don't plan on major reopenings until May 15. Blaine County and its cities do not really qualify in any of these areas. The shear volume of construction in Hailey combined with minimum available enforcement personnel makes adequate inspection/enforcement of the rules doubtful at best. Also, during yesterday's Hailey City Council meeting, I heard nothing as to assigning a watch dog to monitor infection rates or a definition of renewed levels that will require another shutdown. Blaine County, along with the rest of our Country is suffering horrible economic hardships. Waiting another week or better yet two, to assure we are safely ahead of the curve would be wise. A resurgence at this point will be an economic disaster.

Did you see the graph showing that the peak for Blaine County was in the third week of March?

It is more than ironic that we should shelter in place while so many non-residents have their way with our town.

Right on the money Sam