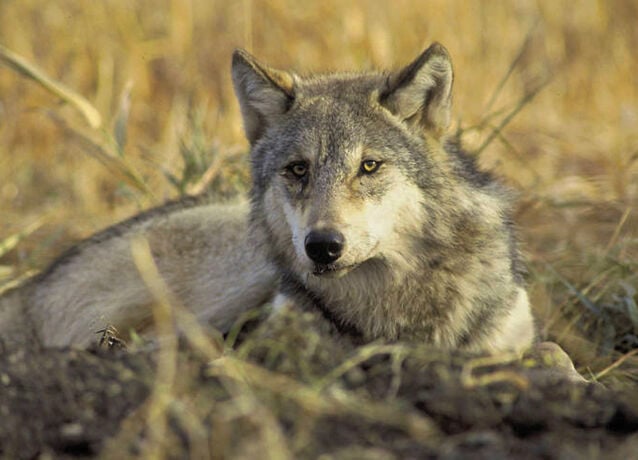 Senate Bill 1211, signed Thursday, will allow hunters and trappers in Idaho to pursue an unlimited number of wolves. Possible methods of killing include shooting the animals from ATVs, snowmobiles or helicopters, and using bait. The law—effective July 1—also calls for about $800,000 in state funding to be spent on lethal wolf control operations. 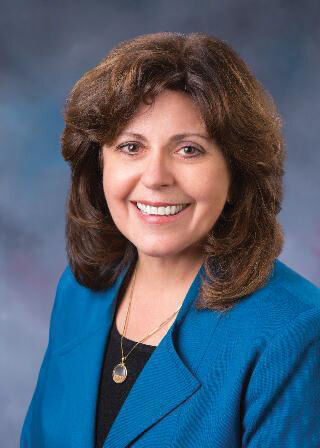 A bill signed into law by Gov. Brad Little on May 6 will allow hunters and private contractors to kill an unlimited number of wolves starting July 1, potentially removing more than 90% of Idaho’s gray wolf population.

Little signed the controversial measure, Senate Bill 1211, without comment or a statement to the press.

Under the new law, wolves can be pursued from ATVs, snowmobiles and other motorized vehicles and killed by any method, including baiting and aerial gunning. The bill will also allow wolf hunters to use night vision equipment and spotlights to locate the animals, according to bill sponsor Sen. Van Burtenshaw, R-Terreton.

Along with a significantly higher wolf harvest, the legislation allows year-round wolf trapping and snaring on private property. It also directs $800,000 to the Idaho Wolf Depredation Control Board, a state agency that uses taxpayer dollars and funding from the state Department of Fish and Game to finance lethal wolf-control operations and compensate ranchers for livestock killed by wolves.

One major change specified in the bill is the Wolf Depredation Control Board’s use of private contractors to kill wolves. Any group or individual recognized as a private contractor by the board, regardless of residency, will be authorized to conduct large-scale wolf-kill operations in Idaho. One contractor already lined up is the Foundation for Wildlife Management, an organization based in Ponderay that pays trappers up to $1,000 per wolf killed.

“Wolves may be disposed of by any federal agency, state agency or private contractor,” the new law states.

Senate Bill 1211 will also allow residents to buy an unlimited number wolf tags—currently capped at 15 hunting and 15 trapping tags per person—and will make all tags simultaneously valid for hunting, snaring and trapping.

The wolf-culling bill passed the state House of Representatives 58-11 on April 27, one week after Burtenshaw introduced the legislation and six days after it cleared the Senate, 26-7. The House floor vote fell mostly along party lines last month, with District 26 Rep. Sally Toone, D-Gooding, the only Democrat voting in favor of the bill.

“SB 1211 is not a perfect bill, but the legislation starts the conversation for balanced wildlife management,” Toone told the Express at the time. “Our state agencies, wildlife associations and industry must work toward a solution for all of Idaho.”

Burtenshaw, an east Idaho farmer, rancher and livestock dealer who represents District 35, told lawmakers at the state Capitol that the bill would benefit ranchers by reducing wolf attacks on sheep and cattle. It would also benefit Idaho’s elk hunters, who are forced to compete with wolves, he said.

“I represent our cattlemen, our woolgrowers and outfitters. This bill has been crafted by them,” he said on April 27. “This is legislation put together by that industry, for that industry. There were no legislators invited to those meetings.”

A maximum of about 1,560 gray wolves roam Idaho, according to Fish and Game’s summer 2020 wolf survey conducted via trail camera.

The canids once numbered in the thousands in Idaho before their extirpation by hunters and trappers in the early 20th century. In 1995, gray wolves were reintroduced to the Frank Church-River of No Return Wilderness, and in 2011 they were placed under the oversight of Fish and Game as big-game animals.

In 2020, the Fish and Game Commission expanded wolf hunting from 11 to 12 months across much of the state, citing “chronic wolf predation on livestock and other domestic animals” and [wolves’] “negative effect on elk populations.” The commission continued to relax its wolf hunting and trapping regulations in 28 game units this spring, citing the same rationale.

Department of Fish and Game Director Ed Schriever testified on April 27 that while the commission felt that Idaho’s wolf population should be reduced, Senate Bill 1211 would erode its authority to manage wolves.

“Unfortunately … the proposed amendments represent a significant downside to the state’s ability to manage our wildlife responsibly,” he said.

“Wolves are now walking down the center of dirt roads. That means there’s too many of them.”

In hearings last month, backers of Senate Bill 1211 pointed out that Fish and Game’s 2020 wolf count was over 10 times higher than Idaho’s minimum threshold of 150 wolves. That figure comes from the Legislature’s 2002 Wolf Conservation and Management Plan, a guide that sets a baseline goal of 15 packs, or about 150 wolves, and requests federal Endangered Species Act protections if the population falls below 150.

“Wolves are now walking down the center of dirt roads. That means there’s too many of them,” said District 8 Rep. Dorothy Moon, R-Stanley, during last month’s House floor debate.

“When I was younger, people had a lot of opportunity, a lot of elk and deer to look at before they decided which one they wanted to take home,” House floor sponsor Rep. Mike Moyle, R-Star, added. “The [Ola] area now is a desolate wasteland.”

Burtenshaw said Senate Bill 1211 will enable private contractors and hunters to continue killing wolves in Idaho until the population hits 150, at which point lethal control would need to be reduced.

Voices in Blaine County and Ada County have slammed the wolf-culling measure since its publication. On April 20, Sen. Michelle Stennett, D-Ketchum, and Sen. Ali Rabe, D-Boise, raised concerns that the bill, introduced earlier that day, was sprung upon them with little notice. Rabe asked why the U.S. Fish and Wildlife Service had not been consulted. On April 27, Bellevue Mayor Ned Burns, standing in for Rep. Muffy Davis, D-Ketchum, shared “significant concerns” about the bill’s allowance of night hunting.

“If this bill passes, and ethical hunters grow accustomed to hearing shots at night, then we will begin to have bad actors believing that it’s OK to take a deer or an elk or a moose at night,” Burns said, “because now no one bats an eye anymore or calls Fish and Game if a shot rings out in the dark.”

“Some livestock losses to wolves happen each year, but with 2.5 million cattle and 300,000 sheep statewide, those losses are still under 1 percent of cattle and 3 percent of sheep,” the joint letter stated. “The overall elk population in Idaho has increased in number over the last 25 years since wolves were reintroduced, not diminished, and Idaho Fish and Game managers are even calling this the second ‘Golden Age’ of Idaho elk hunting.”

The Blaine County commissioners also urged Gov. Little to veto the bill, writing in a letter that it ignored “the fact that the state’s elk herds keep growing, livestock depredation is minimal, and the state is paying millions of dollars to ranchers for hay depredation” and “the fact that there are programs to address wolf and livestock conflicts with non-lethal methods.”

“[People] don’t come to see the cows and sheep.”

According to a June 2020 report in the Western Livestock Journal, wolf depredations in Idaho dropped last year by over 40%, while the number of wolves lethally removed in the state increased. Wildlife Services recorded 173 livestock animals killed by wolves during 2020: 26 cows, 55 calves and 92 sheep. Based on the state’s 2.8 million head of cows and sheep, the year’s wolf-related livestock mortality rate was below 0.0062%.

Garrick Dutcher, program director and documentarian for the Sun Valley-based organization Living With Wolves, contended that Senate Bill 1211 used hyperbole and fear to get lawmakers on board.

“‘Wolves are destroying ranchers, wolves are destroying wildlife’ is what Sen. Mark Harris was telling people,” Dutcher told the Express in a weekend interview. “Well, Idaho’s elk population is within 2 or 3 percent of its all-time high, and wolves kill only 1 in 16,000 or so sheep and cows, so his [statement] is pretty easily dispelled.”

Dutcher said he was concerned that Senate Bill 1211 will “undo” the millions of U.S. tax dollars spent to recover wolves in Idaho. While Idaho code states that wolves only belong to state residents, he added, wolves actually belong to all U.S. citizens under the Public Trust Doctrine, part of wildlife law.

“This bill is negating the voices of the greater American public. It’s negating what makes this place so special,” he said. “Idaho’s pristine beauty and natural, wild environment is why people want to come here. They don’t come to see the cows and sheep.

“In our developed world, there aren’t that many places that have a fairly intact ecosystem—yet here you have this very desirable thing that [legislators] are looking to get rid of.”

now i am sorry i voted for him. so far i have been happy with his performance but this is atrocious . in 30 years i have seen 4 wolves and i live outside town. their logic is nonsensical and this is good ol' boys politics,and anyone that disagrees is a liar or just plain stupid. hopefully we can over ride this with a county ordinance. i am a hunter and have seen no evidence that wolves are making it harder to procure an elk. too bad Idaho is relenting to pressure from cretins.

Elk and deer numbers are the best they’ve been in 20 yrs.