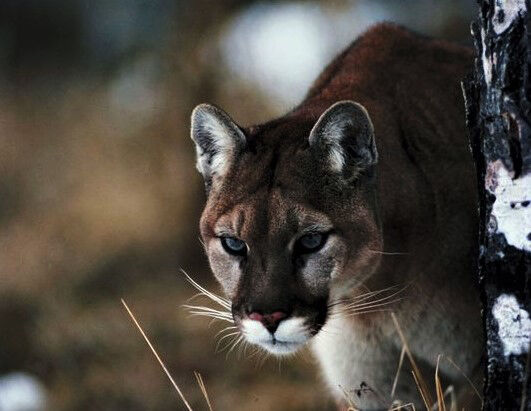 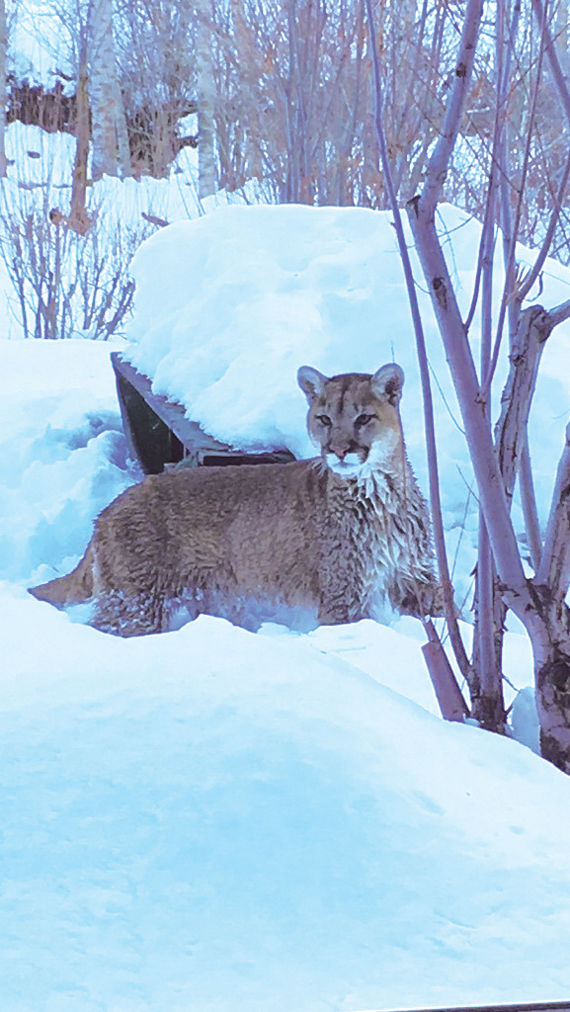 A mountain lion was photographed by Star Weekes in Hailey two years ago as it prowled around her house.

Although mountain lion sightings are down considerably from the nearly 100 reports last winter, these top carnivores continue to hunt for food in the Wood River Valley. Recent heavy snowfall is expected to increase their numbers.

The Idaho Department of Fish and Game issued a press release last week detailing best practices in the case of an encounter with a mountain lion.

“Fish and Game continues to receive reports, most of which involve lions moving through neighborhoods or sightings of lions in yards,” states the release. “We hear from residents that they are seeing these secretive cats as they pass through their neighborhoods, with some seeing lions during daylight hours, which is not typical behavior.”

Since mid-January mountain lions have been observed in the Wood River Valley between Hailey and Bellevue, and a lion is suspected in killing a deer near homes in the Indian Creek area north of Hailey. In recent years the cats have killed numerous domestic dogs, cats, a llama and even a horse.

Although mountain lions typically prey on deer, elk and other wild game, ABC News reports there has been an increase in attacks on humans in recent years, some fatal.

State wildlife authorities say the best way to avoid a potentially deadly interaction with a mountain lion is to stand your ground in their presence.

“Never run away from a mountain lion. The lion’s instinct is to chase and catch what they perceive as potential prey,” the press release states. “Never turn your back on a lion. Always face them while making yourself look as large as you can. Yell loudly, but don’t scream. A high-pitched scream may sound like a wounded animal.”

And lastly, slowly back away while maintaining eye contact with the lion. If these options fail to keep the cat at bay, and it attacks, “fight back!” states the press release.

ABC News reported in 2019 that a Canadian mother fought off a juvenile male mountain lion that was attacking her 7-year-old son. In February of that year, a trail runner in Colorado choked to death a cougar that attacked him while he was running.

Some incidents have less happy endings, as when a 55-year old woman was found near Mount Hood in Oregon in 2019 after being killed by a mountain lion.

“Mountain lions don’t belong in town, but sometimes they are there.”