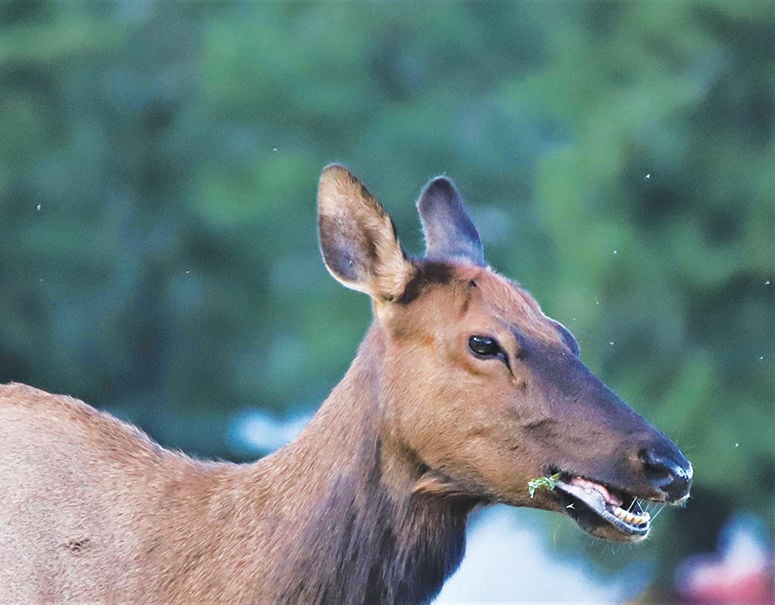 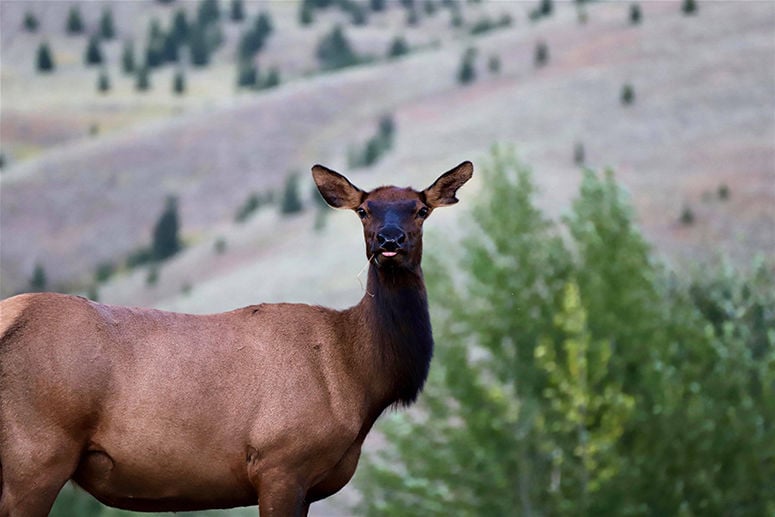 The Idaho Department of Fish and Game will be using four elk-management tools this summer and fall to reduce crop damage and depredation claims in the Magic Valley region, the department announced Monday.

Those include hazing or relocating the animals, shooting them at night and allowing hunters access to affected land.

One property especially impacted by elk residency—a farm in the Little Camas area west of Fairfield—has attracted herds of over 450 animals, Fish and Game said.

“Over the last five or more years, farms throughout the Magic Valley Region have seen an increase in crop damages caused by ever-increasing elk populations that sometimes reside almost exclusively on private land,” the department stated. “In 2019, because of intensive prevention efforts including hazing, hunting and sharpshooting to mitigate elk damage, crop damages were down nearly 75 percent from the previous year. That’s a reduction of over $750,000 worth of damage.”

Initially, Fish and Game staff will use “aggressive” nonlethal hazing methods such as rubber slugs and rubber buckshot to deter elk from consuming crops.

“In the event nonlethal hazing becomes ineffective, Fish and Game staff will harvest elk at night on the [affected] farm,” the department stated.

Fish and Game officers say that nighttime sharpshooting has become necessary because elk have been feeding almost exclusively at night.

“In the event elk become accessible during daytime, Fish and Game will work with neighboring landowners to secure access for hunting,” the department said. “Hunters who possess Game Management Unit 44 antlerless tags and depredation tags would be eligible through a random drawing.”

Officers would be posted on-site to manage hunting activity, the department said.

“Hunters are the preferred method to reduce elk numbers because their harvest helps to reduce the size of the herd, saves funds and puts food on Idahoans’ tables,” it said.

Starting this fall, Fish and Game will be piloting a trapping and translocation program—a less-lethal means to reduce herd size.

“All elk will be tested for disease following state and federal protocols prior to release in other areas of the state,” the department stated.

“In the event nonlethal hazing becomes ineffective, Fish and Game staff will harvest elk at night.”

The lack of habitat, halting over one dozen winter feeding sites (elk were fed in this valley for decades) along with the fires and severe winters a few years ago, have driven them south to where winter habitat WAS. The main driver for exterminating the elk is the expanding feed crops now planted up to the mountains for the Big Ag dairy industry to the south. Idaho is #3 in dairy in the US. The elk have no where to go for winter habitat, and they are not in "excess" numbers...they are just in the way of those dairy industry/crop profits and pose a financial liability to IDFG for crop damage. The last IDFG aerial count of elk was before the most severe winter on record, and now is based on just computer modeling. IDFG bias their public communiques so it obscures what is really happening. They are trying to save themselves crop damage compensation, and are probably hoping for reduced calls from Wood River Valley citizens. The last elk to walk on Iowa soil was in 1880 and now there are 10,000 factory farms in Iowa. Its the same dynamic here. Were there too many elk in Iowa in 1880 and "over population" was why that last poor elk was shot? IDFG is in the pockets of the industries that the state government is protecting, and they are not killing these animals due to over population. Farmers need to protect their own crops at their own expense and should provide some habitat to help the animals they have displaced survive. Other western states do not fund wildlife crop damage over a very small monetary amount. IDFG lacks transparency, are in the business of revenue generation using our wildlife, and pursue their revenue motives at the expense of the environment, wildlife and the residents who care. Also, lets be honest...the large organic potato property in the news, having the near million $ damage bill to IDFG, was the cause of making the areas south of Blaine County the elk killing fields. That business is supposed to avoid destructive and lethal methods to ANY part of the ecosystem including wildlife, according to the organic standards. Allowing the slaughter of hundreds of 500+ pound mammals on their organic crops would probably not make their vegetarian customers very happy. In fact, please join me in filing complaints with the Organic Standards Institute - here is a link to how to report a violation. Their phone number is 202-720-3252.

so retarded.kill the predators against most of our will then watch the prey animals population explode and let f&g hand out free elk tags. my first reaction is to let us all hunt around our homes but that would decimate the herds that we like to watch all winter. next ---turn on the ag business--yep --then pay them for their crops anyway,nothing new. buy them hay for their livestock before winter and everyone wins---except the killers at f&g that messed it up to begin with.

Maybe if they hadn't killed off all the wolves and mountain lions, they wouldn't have this "depredation" problem with the elk.

where is the data source? Also, sounds like IDFG says there is an overpopulation of elk and an over population of wolves.

The current depredation tag system is a joke. The land owner get it and hands it out to his friends and “important” people like the sheriff. Average joe can’t get one unless he / she knows the right person. I know “important” people who get 2-3 of these tags every year and some of those tags go unfilled. The rest of us have to hunt with the “mob” during the general hunt.

If elk ABSOLUTELY have to be slaughtered.... hunters should be allowed in at night. Not the trigger happy fish cops.

Yes, use hunters if that becomes necessary.