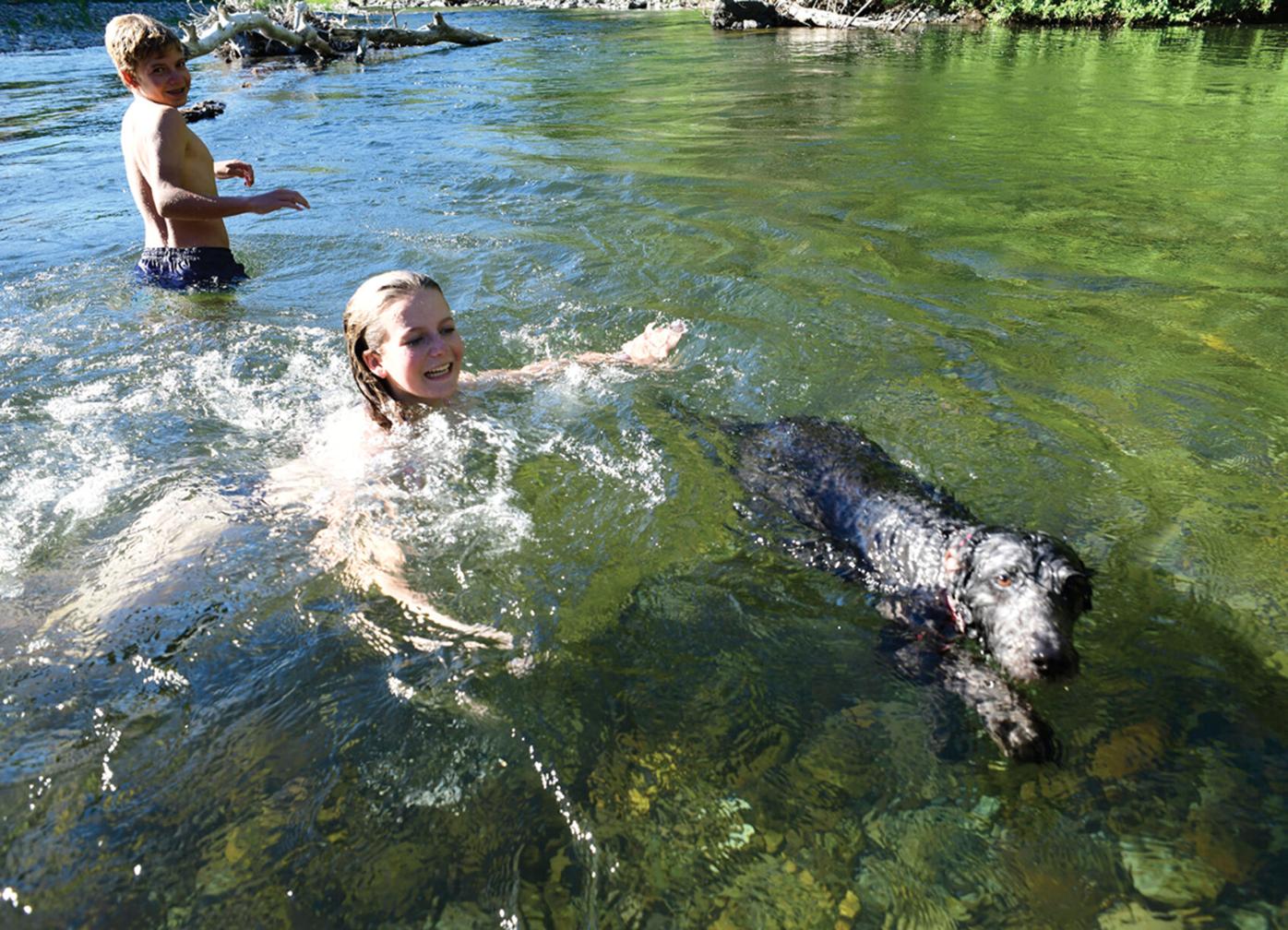 Lilia and Henry Page beat the heat in the Big Wood River on Monday, June 28. Forecasts call for temperatures in the mid 90s this week as an oppressive heat wave grips the west. 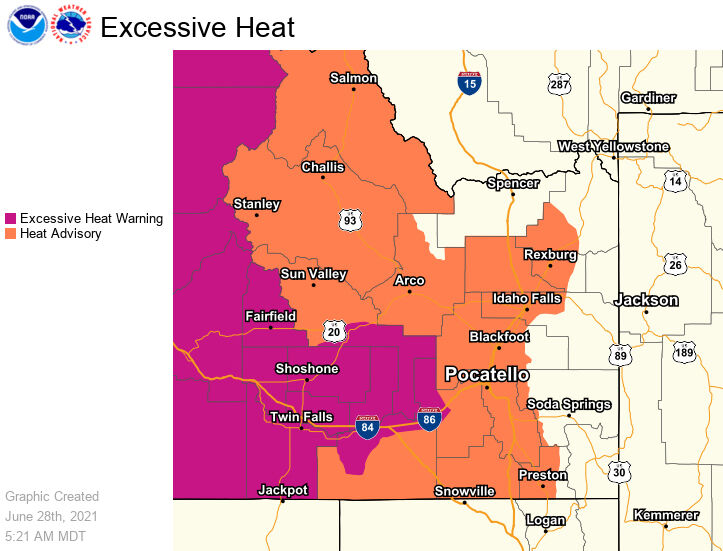 A wide-ranging heat wave is forecast for most of south-central and southeast Idaho this week, prompting the National Weather Service to issue alerts for the region.

The National Weather Service has warned that a potentially historic heat wave with extreme temperatures that moved into south-central and southeast Idaho on Tuesday could last through the Fourth of July.

An “Excessive Heat Watch” is issued “when conditions are favorable for an extreme heat event in the next 24 to 72 hours,” according to the Weather Service. It advises people to be prepared for scalding temperatures, although the timing is uncertain. An “Excessive Heat Warning” is issued “within 12 hours of the onset of extremely dangerous heat conditions,” with maximum temperatures expected to be 105 degrees or higher for at least two days and nighttime temperatures staying at or above 75 degrees. People are advised to “take precautions immediately when conditions are extreme,” or risk serious illness or death, according to the Weather Service.

Highs on Monday reached 88 degrees in Sun Valley and Hailey.

“Outdoor activities will be greatly impacted,” the Weather Service stated. “There will be a high threat of heat-related complications and illnesses if preventative measures are not taken.”

The combination of high temperatures, long duration of the heat and poor overnight relief are expected to cumulatively increase during the week, escalating heat stress on humans and pets, the Weather Service stated.

The South Central Public Health District—which serves eight counties, including Blaine—on Monday also issued a public health advisory for extreme heat this week. An advisory is issued when heat is expected to become an inconvenience for much of the population and a danger for some people.

“Heat stress, including heat exhaustion and heat strokes, is not uncommon during extremely high temperatures,” the district stated in a news release. “If you see any signs of heat exhaustion or stroke, seek medical help immediately.”

The heat wave is part of an unusually intense hot-weather system over the Northwest that has set all-time record highs in Washington and Oregon. Portland recorded an all-time record high of 108 degrees on Saturday. It broke the all-time mark again on Sunday, and then again on Monday, when the mercury reached 115 in the afternoon. Seattle broke its all-time high of 103 degrees on Sunday, when temperatures climbed to 104 degrees. The record fell again on Monday, with thermometers soaring to 108 degrees.

“There will be a high threat of heat-related complications and illnesses if preventative measures are not taken.”

During the heat wave, the Weather Service advises that people:

• Drink a lot of fluids.

• Check frequently on family, friends and neighbors. (The elderly, children, pregnant women and people with health issues are most at risk for heat-related illnesses.)

• Avoid strenuous activities and take breaks from all activities in the heat.

“Some of the biggest risk factors for any exertional heat illness is lack of acclimatization—so you’ve gone from relatively temperate weather to very, very hot in a relatively short period of time,” she said.

So far, and per forecasts, does not seem unusually hot