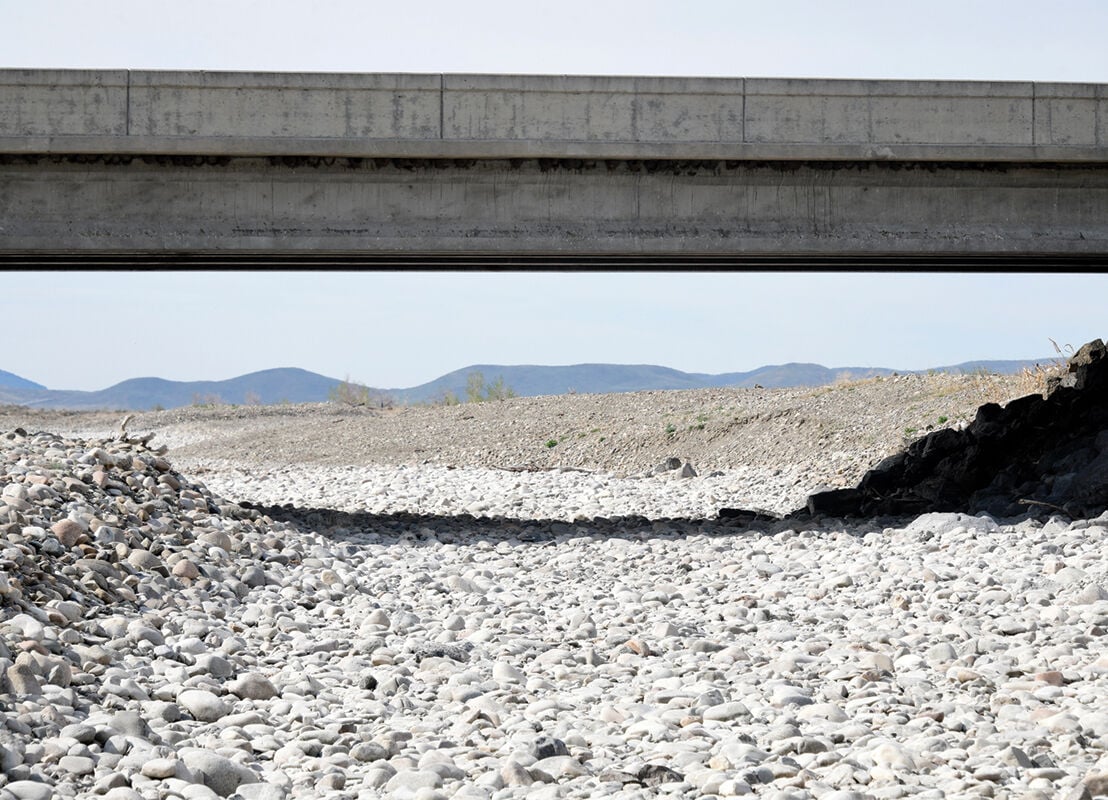 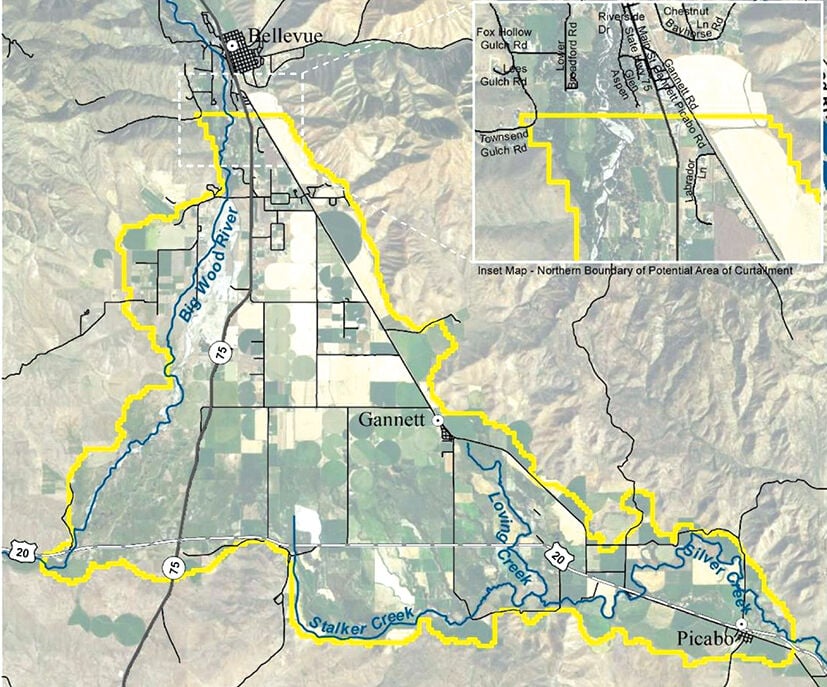 With severe drought conditions setting in across a large swath of Blaine County, it’s anticipated that local growers will experience significant water shortages and pasture loss this summer.

Most of Blaine County’s northern half is in “severe” drought, according to federal monitoring by the National Oceanic and Atmospheric Administration. Northeastern Blaine County, including Trail Creek Summit, and the Big Lost drainage in Custer County are experiencing “extreme” drought—NOAA’s second-worst classification, above “severe.”

Last summer, many growers operating in and south of Bellevue turned to supplemental groundwater wells to keep their pastures green after irrigation canals were shut off due to low flows on the Big Wood River. Fish salvage orders were issued by Fish and Game for thousands of trout stranded in shallow pools below Magic Reservoir. And many farmers south of the reservoir harvested half of what they normally do at the end of the growing season.

Farmers and ranchers in Shoshone, Richfield and Dietrich, however, have long said that upstream users in Blaine County are simply allowed to pull too much water from the river—and when they turn on their groundwater pumps, growers below Magic Reservoir are adversely affected.

Compounding the situation, surface water users in the Bellevue Triangle area, which covers the mostly agricultural area south of Bellevue and north of U.S. Highway 20, have groundwater rights 100 years junior to the senior surface water rights held by those south of Magic.

Over the course of a five-day hearing in Boise next month, Spackman will hear testimony from water users to “determine whether ground water rights in the Bellevue Triangle should be curtailed in the 2021 irrigation season,” according to IDWR officials.

“Based on model runs … curtailment of ground water rights in the Bellevue Triangle area during the 2021 irrigation season would result in increased surface water flows for the holders of senior surface water rights on Silver Creek and its tributaries,” the IDWR stated.

Water rights in Idaho operate under a seniority system. When water can no longer be delivered effectively from the Big Wood River, those with later-established, or “junior,” water rights are instructed to shut off their diversion canals and send that water to senior water right holders.

Farmers and ranchers in Shoshone, Richfield and Dietrich have long said that upstream users in Blaine County are allowed to pull too much water from the river.

Irrigation canals that divert water from the Big Wood River are usually shut off or turned down when the river drops under a flow of 400 cubic feet per second. On Thursday, a U.S. Geological Survey gauge near Lions Park in Hailey recorded a flow rate of 425 cfs, less than half the median flow for that date.

How do you know if your water rights are senior or junior?

Your water right is junior to a right that has a date prior to your right, as recorded with the Idaho Dept. of Water Resources. If you have a water right, it’s shown on your License. Should be noted, there are quite a number of properties irrigating without a right.

When John Fremont explored the West in the 1840's he found a desert and said civilization would never thrive there. He was right, IMHO.

What are you talking about? What’s your definition of “thrive”?

A Mega drought. The new normal for The West. Any water use restrictions in Hailey should trigger a building moratorium.

Good luck with that thought, that would be a common sense appoach

Save some money, buy your water at Costco

Interesting to me is that tnite Big Wood flow is bank to bank @ East Fork bridge.

It won't be that way for long, the little snow on the peaks is melting fast. A good year would have flooding of the banks in May.