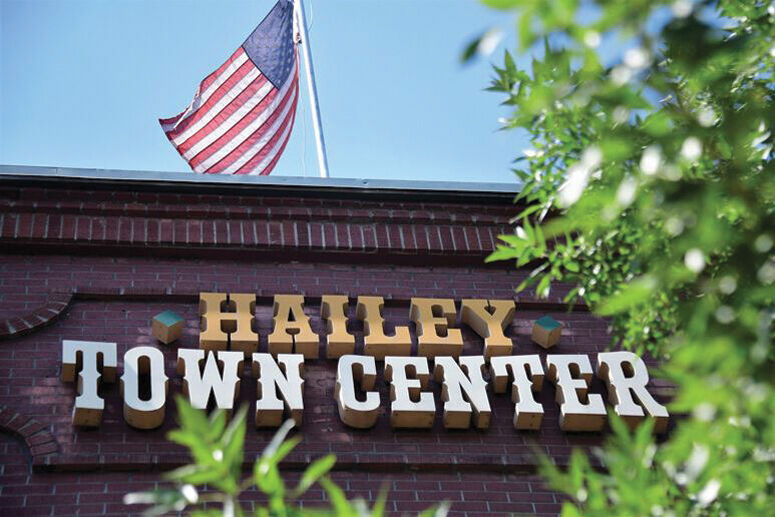 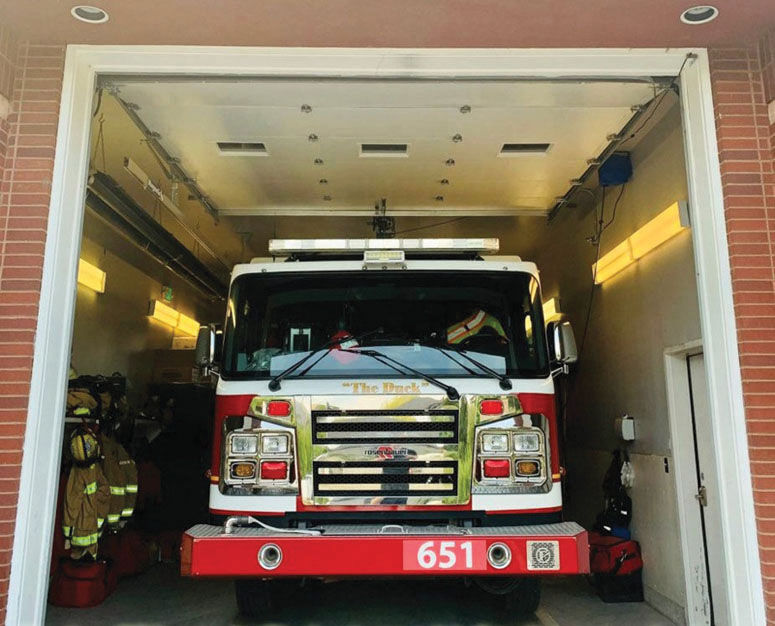 The Wood River Fire Protection District’s $17 million bond failed on Tuesday by a relatively narrow margin. Had it passed, the agency would have returned its Station 1 (pictured) and Station 2 to Blaine County and the city of Hailey, built a new replacement fire station on River Street and continued to operate out of Station 3 in Bellevue.

South-county voters have their say on a pair of prospective bonds when the polls open on Tuesday, Nov. 2. Hailey residents will vote on the city’s five-year, $950,000 bond to finance its recent purchase of a River Street lot for a possible town square. Meanwhile, those in the unincorporated southern county will have a chance to approve or deny the Wood River Fire Protection District’s 25-year, $17 million bond to fund a replacement fire station. Here, Express Staff Writer Emily Jones breaks down both asks before you head into the voting booth.

1. The City of Hailey will ask residents on Nov. 2 whether the city should increase property taxes by an estimated $20.52 per $100,000 value annually over the course of five years to reimburse the city for its Aug. 9 purchase of 116 S. River St., a quarter block of land between City Hall and River Street. (For a property of $455,000, about Hailey’s average home value, the tax increase associated with the bond boils down to $93.37 annually and about $467 over five years.)

2. The city paid $950,000 for the parcel using capital funds. The site, which has been dubbed “The Heart of Hailey” and, alternatively, the “Hailey Town Center Campus,” had long been a candidate for a town square due to its relatively quiet location shielded from Main Street. It includes Hailey’s old Post Office building that was recently occupied by Copy & Print.

3. Design plans for the parcel are still up in the air. Several ideas were floated by council members and workshop attendees this past summer, including a common plaza with café seating, an event stage, a depressed lawn area, a food truck area, and an outdoor extension of the adjacent Hailey Public Library. The city plans to conduct more public workshops to gather input.

4. City councilmembers Kaz Thea, Sam Linnet and Juan Martinez voted to acquire the parcel in August, citing historically low interest rates. Councilwoman Heidi Husbands opposed the purchase, citing her belief that a majority of residents, not the council, should have been the ones to approve the purchase of the property in the first place.

5. A two-thirds majority vote is needed for the bond to pass. If it fails, the city will simply not see $950,000 added back into its capital funds.

1. Residents living within the Wood River Fire Protection District in southern Blaine County will be asked on Nov. 2 whether property taxes should be raised by about $72.60 per $100,000 value over 25 years to build a replacement fire station in Hailey. (For a property worth $500,000, the tax increase associated with the bond would come to $363 annually.) The bond would also fund a partial remodel of Wood River Fire & Rescue’s Station 3, which the district has deemed unsafe. It will need a two-thirds majority to pass.

2. The Wood River Fire Protection District provides fire protection services to unincorporated Blaine County from Greenhorn Bridge to Baseline Road, serving more than 1,400 households along the state Highway 75 corridor. It also provides paramedic-level ambulance and technical rescue services to the southern half of the county from Greenhorn Gulch to about 9 miles south of Timmerman Junction. Only voters living within Wood River Fire Protection District boundaries will be able to vote on the measure.

3. The proposed location for a replacement station is next to the Life Church on River Street in north Hailey. The district says it has locked in an agreement with the Life Church to acquire the property if the bond passes. Design plans for the station are preliminary and have not been released to the public yet, but the district says the new station would have more living space and employee housing units.

4. The district currently operates out of three stations in Hailey and Bellevue: Station 1 on Walnut Street in Hailey, adjacent to the Old County Courthouse; Station 2 on Third Avenue next to the Hailey Police Department; and Station 3, south of Bellevue. If the bond passes, Stations 1 and 2 would be returned to their owners, Blaine County and the city of Hailey, respectively. Wood River Fire & Rescue would continue to operate out of Station 3 south of Bellevue.

5. There are three main issues that the district is hoping to address with a new fire station. First, the apparatus bays in Station 1 are too narrow and short to properly fit the district’s two ambulances. Second, first responders must drive from Station 1 to Station 2, about six blocks away, to access technical rescue equipment and heavier-duty fire trucks, and the commute adds more than 3 extra minutes to response times. Third, the living area at Station 1 is too small to comfortably sleep three firefighters.

How about we build housing for the people building our valley and providing services to our residents? Not another senior care facility or park.

They should have put the bond up for vote first - rather than spending first and asking later. I appreciated that one council member felt the same and voted no … that’s why I voted for Heidi Husbands today!

What is the city planning to do with the building?

What happens if the bond fails at the election?

With historic high revenues coming to the city why do we need a bond?