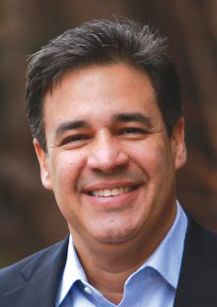 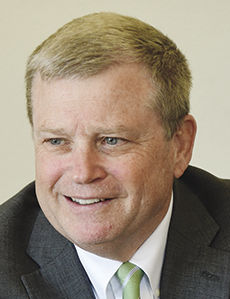 Labrador held a lead of 51% of primary votes over Wasden’s 38% as of Tuesday night, with about 80% of Idaho precincts reporting results. Labrador told the Idaho Capital Sun he expected that lead would grow as more results came in from Kootenai County and other areas.

The attorney general’s office is responsible for providing legal representation for the state of Idaho, including its state agencies, offices and boards to protect the state’s legal interests. It is part of the executive branch.

Wasden has been at odds with members of the Idaho Legislature in recent years after giving legal advice and issuing written opinions that legislators did not agree with. Labrador used those instances as an argument for electing him instead, saying the Legislature doesn’t trust Wasden anymore, even when he gives good legal advice. During the Idaho Debates, Labrador also advocated for the Legislature to have its own legal counsel to avoid conflicts of interest when a law passed by the Legislature is challenged in court.

Labrador, an attorney and registered lobbyist, served four terms in the U.S. House of Representatives, representing Idaho’s First Congressional District. Born in Puerto Rico, he was the first Hispanic member of Idaho’s congressional delegation and a founding member of the U.S. House Freedom Caucus.

Throughout the campaign, Labrador said as attorney general, he would be aggressive in actions taken against the federal government and against “big government overreach,” and said he would have joined lawsuits over the 2020 presidential election, which Wasden declined to do. Labrador also said he supports the Idaho Legislature having its own legal counsel instead of using representation from the attorney general’s office to avoid conflicts of interest when a law is challenged in court.

Labrador said he would get along better with the Legislature than Wasden, saying he was endorsed by 33 legislators.

During his time in Congress, Labrador focused on immigration reform issues and voted on a bill to replace the Affordable Care Act. After he left Congress, Labrador was elected chairman of the Idaho Republican Party from 2019 to 2020. He was then appointed to the Central District Health board in January, and has also acted as a lobbyist for the National Coalition for Public School Options, Coeur d’Alene Tribe, Independent Doctors of Idaho and Treasure Valley Hospital.

Chalk up another victory for the Idaho Taliban!

Right on, "the Idaho Taliban"

That works. And it’s Jihad on the cancerous ideas of the left.

We'll be looking for you with your machine guns, beards, turbines and oppressive religious doctrine. R4V, you've finally outed your self as an anti-American traitor to the U.S..

RV I can just imagine what the leader of your party, Trump, would say about a Republican like you using this word.

The literal meaning of Jihad is struggle or effort, and it means much more than holy war.

Muslims use the word Jihad to describe three different kinds of struggle:

*The struggle to build a good Muslim society

*Holy war: the struggle to defend Islam, with force if necessary

Funk, this probably isn’t the right forum to be sharing your fantasies but you do you.

AP, thanks for the education. Can you tell us what Taliban means?